The official website is constantly updated with competitions’ results and announcement of surprise contests with interesting and useful prizes. There are video and photo galleries on the site with interesting content, including one that presents Brasov. The official NOC Delegation Accommodation will is set in Poiana Braşov, the most popular Romanian Ski resort as well as an important tourist centre chosen by many Romanian and foreign tourists.

The festival’s mascot is a lovely Romanian brown bear, Martin, all dressed up in the national colours: red, yellow and blue. 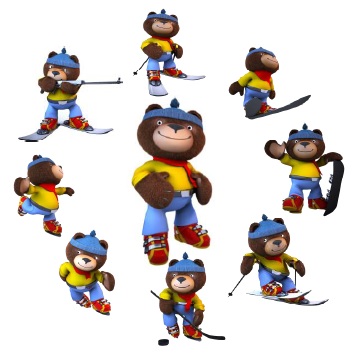 Famous Romanian singer Inna performed live at the opening ceremony of the festival.

The European Youth Olympic Winter Festival 2013 aims to promote sports among young people, and to generate involvement of public, companies and clubs in such events. Also, the event promotes Brasov Region and Romania to tourists, as well as the Romanian culture and hospitality.

News Flash: Healthy Romanians to Visit Sick Greeks for Easter
Accor Group Opens Mercure Timisoara
The Living Fires of Lopătari – A Must See in Romania
Romania’s Sinaia Mountain Resort Wins at 2019 World Ski Awards
Previous: For Driving in Europe, What Are the Laws? [infographic]
Next: Crimea Gem Koktebel to Get Facelift