The Greatness of Knossos Grows With New Discoveries

Knossos was the capital city of Minoan Crete and the center of Minoan civilization which flourished from 2000 BC until at least 1380 BC. Image credit: Bernard Gagnon / CC BY-SA 3.0. Knossos

Knossos was the capital city of Minoan Crete and the center of Minoan civilization which flourished from 2000 BC until at least 1380 BC. Image credit: Bernard Gagnon / CC BY-SA 3.0.

New archaeological evidence suggests that the capital of Minoan Civilization of Knossos was far larger and more impacting than experts believed. The ancient Aegean city, it had been found, actually recovered from the geo-social cataclysm that occurred after the eruption of Thera (Santorini).

Archaeologists working on Crete have uncovered artifacts and structures that suggest the ancient city of Knossos was much larger and richer than was previously thought. Knossos, Europe’s oldest city, was the centerpiece of a massive Aegean and Mediterranean trade empire during the Bronze Age. It was previously thought that a socio-political collapse sometimes around 1200 B.C., and after the massive eruption of Thera, led to an almost immediate decline of the Minoans. New excavations by a team led by Antonis Kotsonas, a University of Cincinnati assistant professor of classics suggest the Minoans realm extended far into the Iron Age. 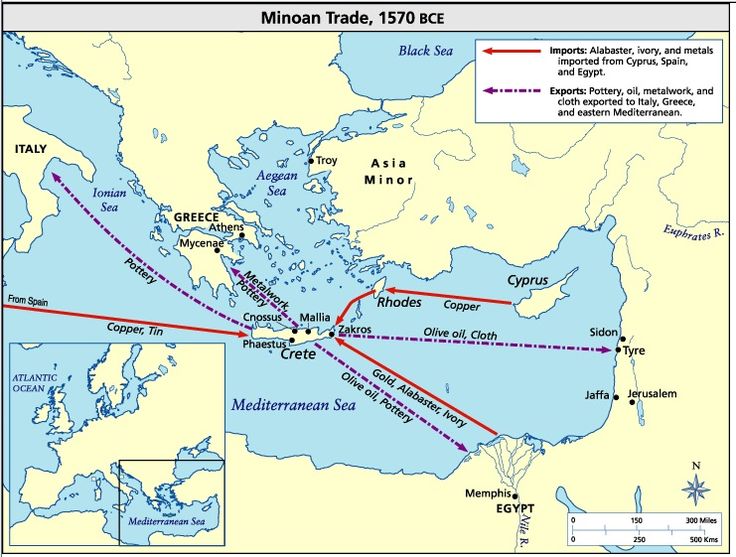 The known extent of Minoan trade

Knossos, the majestic site of the Greek Bronze Age, was the seat of power of the mythological King Minos and the home of the enigmatic labyrinth. Also linked to far reaching legends like Daedalus and son Icarus, the Minoan palace and the Minoans were also suggested to be the sons and daughters of Atlantic by the ancients. This civilization is widely acknowledged as the birthplace for all western civilization. When the mainland Greeks were just out of the Stone Age, the Minoans maintained a maritime empire across the entire Mediterranean basin and beyond. When Rome was not even so much as an idea, Minoans built the first paved roads. 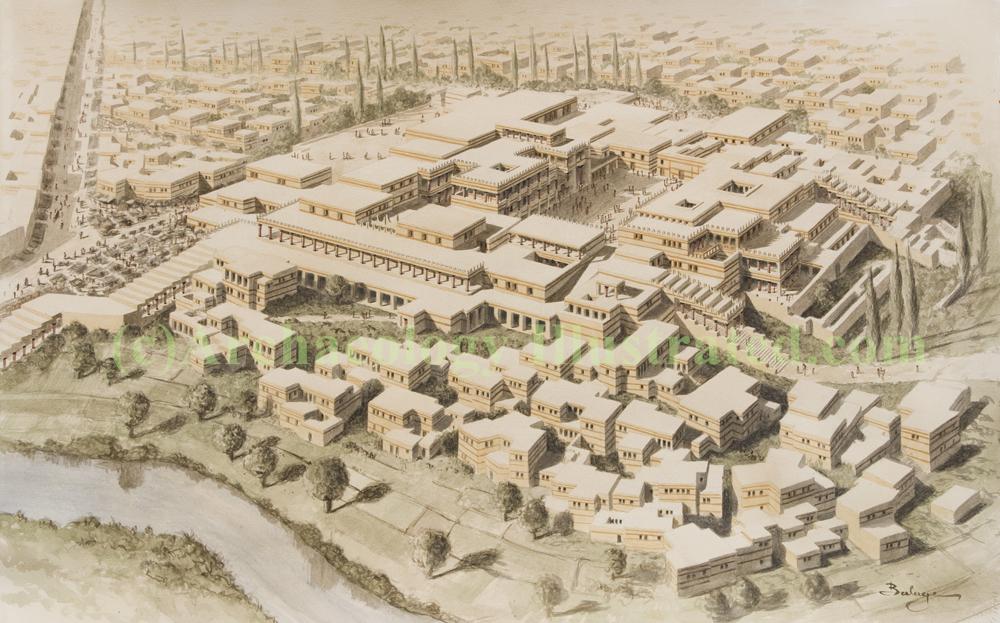 One rendition of the extent of the Knossos site

New artifacts of bronze and other metals, jewelry, pottery and all manner of status symbols recovered from nearby burial sites tell us the Minoans still ruled trade in the region long after the collapse of the mighty Aegean palaces. The new research also hints at a Knossos that was far larger than previously thought. Dr. Kotsonas explains:

“Even at this early stage in detailed analysis, it appears that this was a nucleated, rather densely occupied settlement extending over the core of the Knossos valley, from at least the east slopes of the acropolis hill on the west to the Kairatos River, and from the Vlychia stream on the south until roughly midway between the Minoan palace and the Kephala hill.” 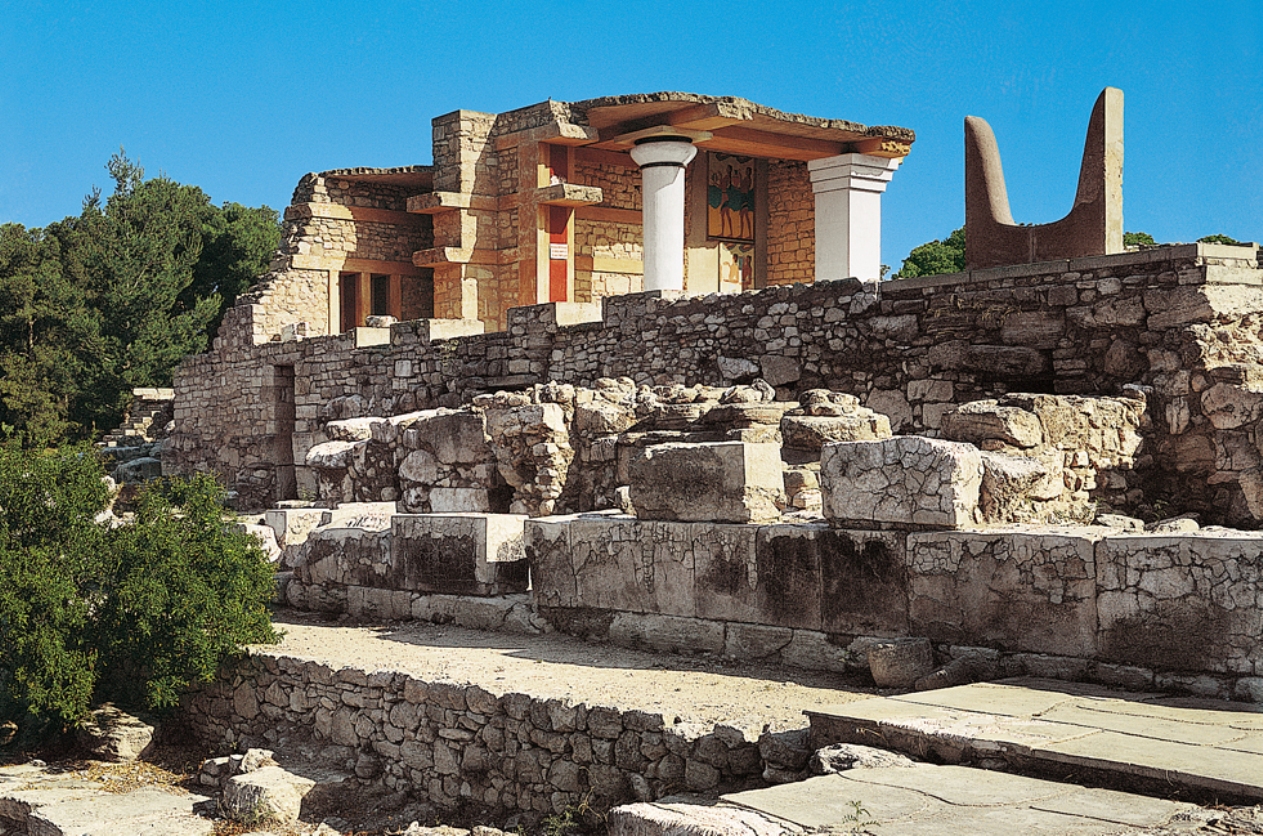 The Horns of Consecration at Knossos

Having traveled to Knossos myself, the extent of the city Kotsonas suggests is indeed massive. Knossos today is a mystical little conclave a few kilometers outside Crete’s capital of Heraklion. As magical as the green valley the existing valley where Arthur Evans originally discovered the palace is though, one gets the feeling these people were far more advanced in every way. On the empirical side though, it is not surprising for me to discover the original palace being more massive.

Through the analysis of the the types of artifacts recovered and their location, the researchers were able to determine just how large the palace complex and surrounding infrastructure was. The archaeologists were also able to determine how the Knossos valley developed in regards to economic, socio-political and demographic growth, This press release gives more information on Kotsonas’ work.