This morning an earthquake of a magnitude of 7.8 struck 83 kilometers East of Khash, Iran just before 11.00 UTC time. According to the report from the ÙSGS, the PAGER level of this event was Orange, which indicates severe damage and loss of life. 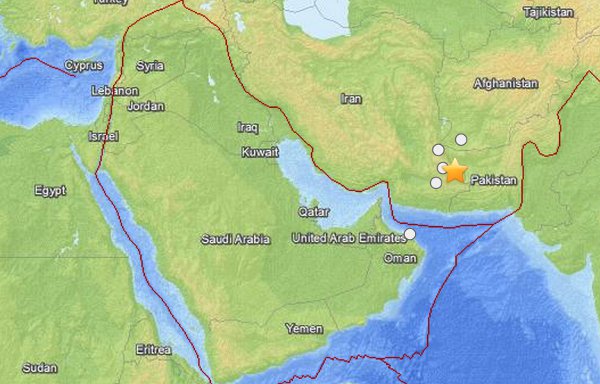 According to news reports from the region at least 40 or more are dead near the Iran-Pakistan border. CNN reported Pakistan’s National Disaster Management Authority reported no damage on the Pakistan side of the border as of this morning. Meanwhile, the quake that occured at 10:44:20 UTC is actually the most powerful to hit Iran in over 40 years. A result of collisions between the Arabian and India plates with that of the Eurasia tectonic plates, this morning’s event is exacerbated by the relative remoteness of this region. Even though the area is sparsely populated compared to other areas, some estimates suggest the death toll may be much higher, possible in the hundreds.

An Orange PAGER alert, for those unfamiliar with the USGS has two phases, shakemap VII and VIII. The latter is the intensity and damage level relevant to this event according to the USGS. Quakes in this range typically show violent Earth shaking and damage, with more than 2,000 people exposed to the hazard. This is the first level below RED, which you can see below.

Visit the USGS links above to learn more about this quake and other seismic events.