Ryanair, doing something right others do wrong? Ryanair.

Ryanair, doing something right others do wrong? 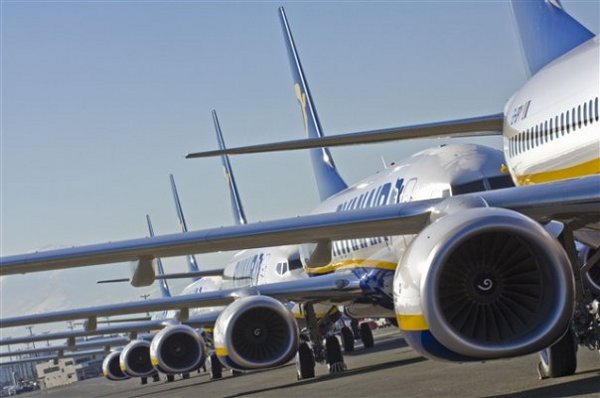 Ryanair, doing something right others do wrong?

Overall budget seats, budget airlines, account for 30% of air traffic in North America, and low cost carriers take up 14%, 19%, and 25% of Middle Eastern, Asian, and Latin American air travel respectively. Obviously, the combination of economic tension, high fuel prices, and competition with the big carriers has accounted for these increasingly significant numbers.

Airlines from AirFrance-KLM to AirBerlin and even Lufthansa continue what amounts to a downward spiral in profits as Ryanair and other economical players increase their sales of seats. In fact, that budget carrier’s profits have actually exceeded expectations even with elevated fuel costs.

Focusing on Lufthansa in particular, Europe’s biggest revenue carrier is going through turbulent times having to cut jobs, revamp low cost arm GermanWings, and upgrading their aging fleet. The German carrier now predicts revenue positives out past 2015, as smaller carriers like Ryanair grow despite similar variables against revenue gain. Clearly some of the big air carriers failed in some areas to plan for these competitive times.

Also, Ryanair is not the only budget airline gobbling up the Europe market from Lufthansa and KLM, Turkish Airlines’ gains correspond to big airline losses too, when all is said and done. According to this CAPA analysis, Turkish Airlines profit nearly tripled in 2012. Looking at the chart from CAPA below, interested parties surely have to be asking; “Exactly what was it Turkish Airlines did right, when the larger carriers so obviously got something wrong?” 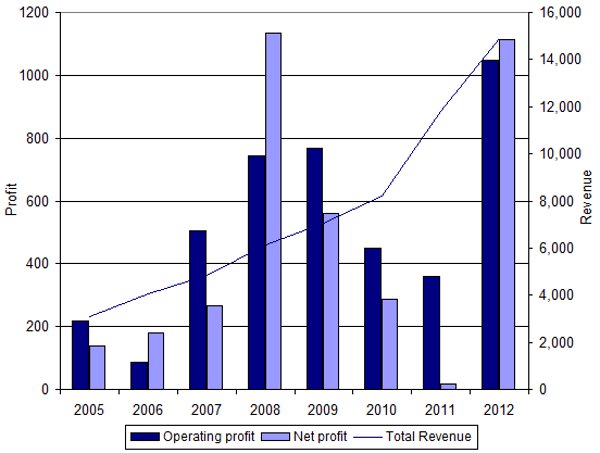 Finally, one can see the significant gains by budget players over big carriers in Asia too. While China Southern Airlines revenues dropped recently, Tony Fernandes‘ AirAsia sees profits soar much like Ryanair’s. Looking at budget airlines in focus, the earlier question about competitiveness between big carriers and budget ones, this applies to all the regional and some budget carriers too. “What are AirAsia and Ryanair doing that Germanwings, AirOne (Italy), TUIfly (Germany), Wizz Air (Hungary) and tens of others are not?”

As the list of defunct airlines grows, two obvious questions arise. First, “How long can the bigger airlines hold out against such competition?” And secondly, “At what point will Ryanair and AirAsia type carriers become, in fact, full service big carriers?” With their growth still spiraling upward, and routes increasing too, maybe El Cheapo airlines are in fact the NEW big boys on the flight path. The list of defunct airlines in Europe alone must give shivers to stockholders of these inefficient cash cows.

Campspot Publishes the Top Outdoor Travel Trends for 2023
Ideas to Make the Most of Your Visit to Phuket
Trends Say Americans Guarded Over Travel 2022
27 Inspirational Travel Quotes to Fire Up Your 2022 Travel Bug
Previous: Iran Earthquake: PAGER Orange Event
Next: Hotel V Nesplein – The Amsterdam Stay You Need