HotelBrain, Greece’s largest hotel management company, has taken aim on ramping up the branding and management of existing hotels. Here's how one company has it "going on" and how they can keep it.

hotelBrain and Other Smart Ideas to Transform Greek Hospitality

You can tell a lot about a digital company by their landing - HotelBrain is in the top 1 percent there. HotelBrain landing page

You can tell a lot about a digital company by their landing - HotelBrain is in the top 1 percent there. 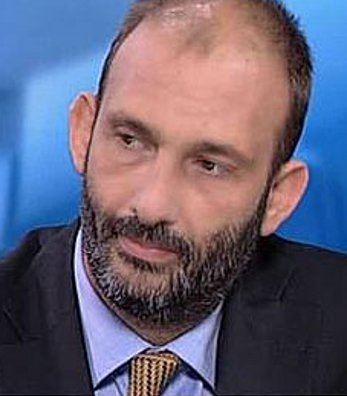 hotelBrain, Greece’s largest hotel management company, has taken aim on ramping up the branding and management of existing hotels. With Greek tourism revenues and economies at the forefront of the resurfacing economy there, the marketing company with gray matter shows promise in a land of largely unwired hotels. With some additives, this management firm could rule the Balkans.Just last weekend HotelBrain won the prestigious World Travel Award for being Greece’s Leading Hotel Management Company. Three of the hotels under this company’s wing also won WTA trophies at the Europe gala in Athens. Panos Paleollogos (at left), CEO if hotelBrain, commented to reporters this week on the “bigger picture” of the Greek hotel business:

“Our ethos and philosophy is to not only to drive the quality and experience offered by our managed hotels but also to look at the bigger picture. Tourism is the backbone of the economic recovery and we are focused on doing our bit to improve and build on services offered by the very best luxury, hotels in Greece in order to promote the destination as a whole. While our operation started off modest in size, the expanding growth rate proves that hotels are investing in their longevity and service and therefore backing the economic recovery.”

The Cons – Out of the Box Management

Outside the successes of hotelBrain, a company not unlike many management outfits we know, does a great job of servicing a segment of the hotel matrix in the region. Like most companies with exponential growth though, covering all the marketing and service bases is not that simple. The problem being, offering a “complete” menu of diverse services ususally leaves some aspect lacking. For an instance, hotelBrain dabbles in PR, social media, and myriad third party affiliations, etc. The bottom line there is, middle men like Magnuson Hotels (which our PR firm represented), WIHP hotels marketing (which we still service), and a host of other hotel management entities simply DO NOT cover all these services adequately. I won’t get into the details, but I can. 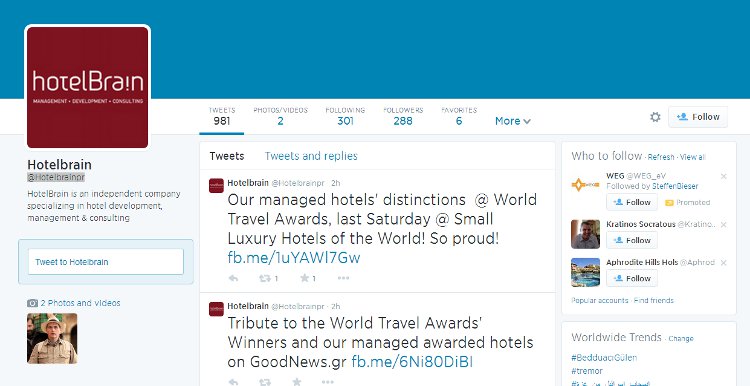 If your customers are on twitter, how can you ignore them?

This is not to say HotelBrain does not do a superlative job at its core constituency. But advertising social media expertise, public relations wizardry, or even community that may or may not exist, this is a credibility killer. For me, one visit to HotelBrain’s social components shows the company needs more channel mastery. @Hotelbrainpr is a triple whammy “no no” with a broadcast only out balanced following of only 288. Note the “pr” designation. Their Facebook profile, on the other hand, is handled expertly. Engagement there seems genuine and fairly massive (if a bit cookie cutter). But “jamming” on Facebook, this is what every inexperienced hotelier in the world is doing. Facebook does rule for booking conversions right now, but a total marketing channel mix is “the bomb” for any management of revenue.

Turning to other channels like LinkedIn, and hotelBrain would be better off forgetting those until they can be “built out” and branded. The company has a blog, but it is devoid of real premium content. As for YouTube or even a Google Plus presence, the company has neglected there. Of course any hotel scrutinizing effectiveness, might easily wonder at how companies can advise on elements they don’t excel at. 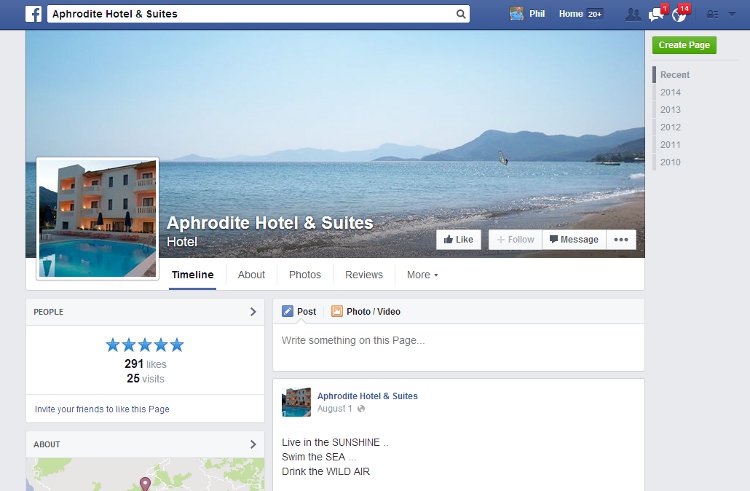 Pro hotelBrain – What Others “Do Not”

Any excellent company has things they excel at. HotelBrain is no exception. Where social media and marketing channel mastery leave something to be desired, hotel development, partnerships, investment analysis and advice, and aesthetics rate high. Take this photographic community for instance. Expert resources like these are something that is missing for most other management offerings. With the advent of mobile, and the drastic need for hotels to enter mobile marketing with killer apps and websites, hotelBrain clearly has their fingers on the pulse of future hospitality.

With more than 60 hotels across the Balkans, Turkey and Lebanon, hotelBrain is clearly doing something right in the luxury space. A snapshot look at any of their hotels also reveals HotelBrain understands website design, aesthetics, and conversion too. The >a href=”http://www.alesahne.gr” target=”_blank”>Alesahne Beach Hotel in Santorini, for one, is a beautifully simple website, even if it is not fully optimized for mobile. Similarly, the Aphrodite Hotel in Samos mimics the WIHP Convert website experience that has taken hold in Europe. 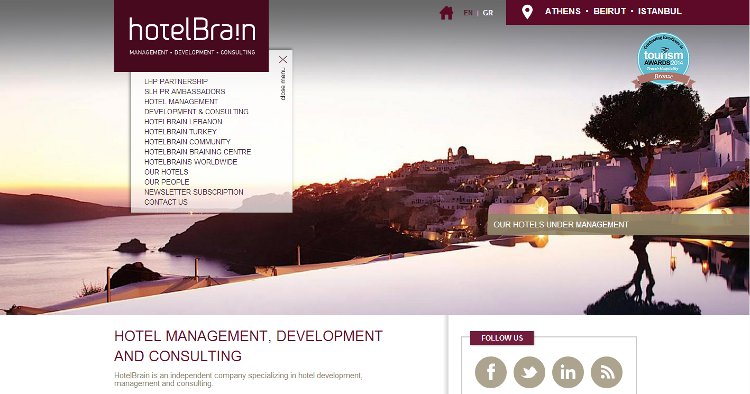 You can tell a lot about a digital company by their landing – HotelBrain is in the top 1 percent there.

Finally, searching for “HotelBrain” via Google and other search mechanisms, it’s clear the company is targeting more business in Greece. The PR effort, what there is of it, is all focused on Greek language outlets. I’ve not time for overall PR and marketing analysis of this company, but it seems fair to condone the WTA award HotelBrain just took home. For hotels caught in between the cutting edge and Web 1.0 stagnation, hotelBrain is clearly a solution. I can see the firm becoming the “Magnuson” of independent luxury hotels in as a regional player. As for the bigger fish, those revenue cows have their own resources.

That’s my take on an emerging player in the Balkans hospitality arena. Ramp up the marketing channels, and this one is a big winner. This company has it going on. They just need to keep it going on.