Times in hospitality, they are a changing. News from the Russian Federation last week tells of an iconic stay in Moscow being auctioned. The Hotel Metropol, a Moscow landmark, was sold last Thursday to entrepreneur Alexander Klyachin. 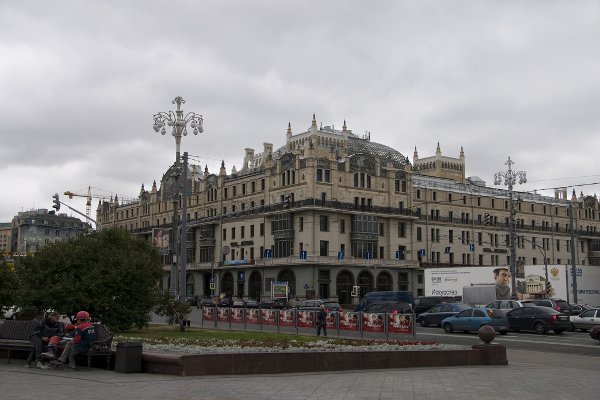 This Art Nouveau legend across from Red Square has seen dignitaries and celebrities visit Moscow for generations. We thought it only too appropriate to do a bit of a photo journalistic tribute to the Moscow gem. A place that saw Lenin, the Soviet Union’s constitution authored, Giorgio Armani, Pierre Cardin, Elton John, and Michael Jackson, plus countless other visiting names, Hotel Metropol is not only famous, but fabulously beautiful too.

Situated just opposite the Bolshoi Theatre, this famous 5-star hotel offers guests a pool and gym, antique furnishings, unique Art Nouveau decadence, and some of the best views and service in Russia.  Air conditioned, flat-screen TV, and of course bathrobes and slippers, go without mentioning, but you’ll be most impressed by the fantastic Russian cuisine at the Boyarsky Restaurant (image below). There’s also more modern fare via the Evropeisky Restaurant, or catch your breath underneath the stained-glass roof of the Metropol Restaurant (image below). 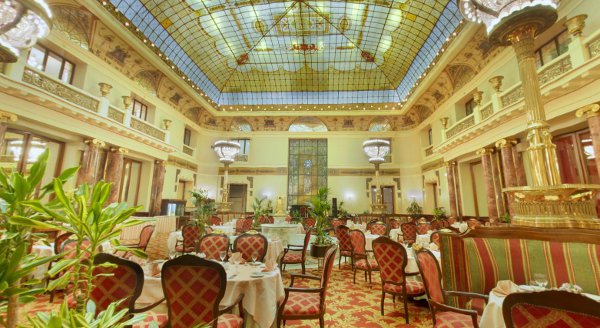 Live harp music each morning is perfect to wake up to over complimentary breakfast, and a drink beside the ghost of Lenin himself at the Shalyapin Bar, is simply a must for all Moscow visitors. There’s a sauna, beauty salon, and massage therapy on site as well.

Back to the news of the hotel’s sale, the reported $276 million price tag buys five stories of Russian and world history. Marble walls to crystal chandeliers, the Motropol is as Russian as it gets. Rooms here, in case you are thinking, range from about 430 per night to about $2500 for some of the suites. As to the future of the hotel, there has been no word released about upgrades or modernization etc. 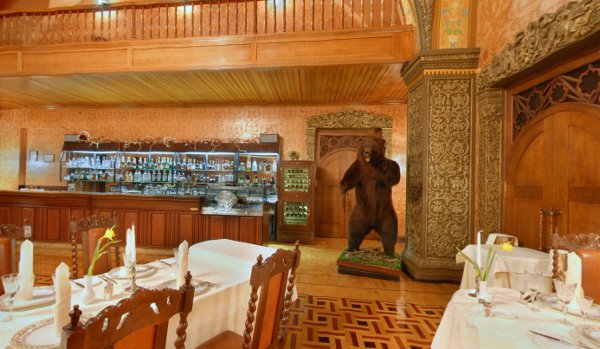 Boyarsky at The Metropol