Planning a visit to Paris this year. Well, a new hotel from the people who envisioned Hotel Seven, Hotel Crayon, designer boutiques hoteliers Elegancia Hotels will unveil Hôtel Félicien this coming November. This latest thematic fashion stay in Paris arises once again from the imagination of entrepreneur Philippe Vaurs, and will  exhibit also the creative genius of Olivier Lapidus, one of the world’s great clothing designers. Argophilia Travel News offers a sneak peek at a coming fantastic Paris stay.

Philippe Vaurs just plain lives in the avant-garde, which interestingly, somehow, does not suit the down to Earth elegance of the person. We met him in Paris a couple of weeks ago, had coffee, and a more kind or relaxed gentleman, you cannot imagine. However, there’s a creative dynamo penned up inside Vaurs, a light that is about to be evidenced once again when he unveils yet another hotel masterpiece, one fashioned out with the artistry of Lapidus, draped all over it.

We spoke via phone with with Olivier Lapidus about this new endeavor, and discovered as much about genius, kindness, and the pursuit of perfection, as we did stunning hotel landscapes. The story of Lapidus, his family’s impact on the fashion industry, is pigment and parchment for a more in depth story to come, but for this Hotel Félicien preview, suffice it to say Vaurs has set about designing the perfect Paris stay for some travelers. When I asked Olivier about the seeming retro feel of amid the images you see, the evokative nature of splashes of color upon black and white, the designer revealed an elemental proof, I paraphrase his point about art and creativeness:

“Being truly creative is not about stark uniformity, but rather about one single point of differentiation. It is these differences which define beauty for us, that evoke feelings of wonder.” 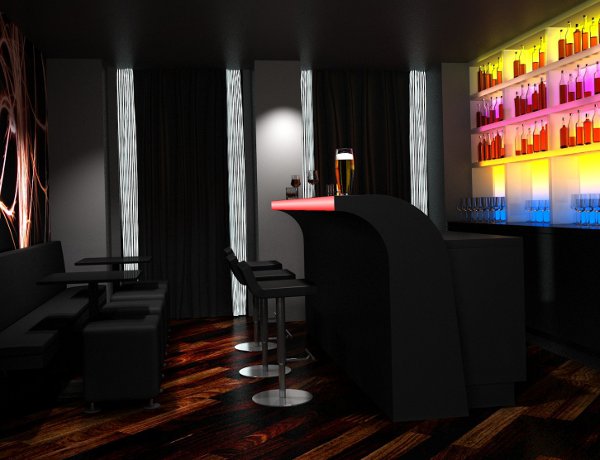 Knowing this, and also Lapidus’ admiration for Japanese culture and art, and especially the influences of his renown father, world renown designer Ted Lapidus, anyone can begin to see the level to which Vaurs’ passion for creating hospitality genius aspires too. From the materials being used and the great companies engaged in supply them for Félicien, to the team assembled to create this hotel, it’s easy to see future guests have something astounding to look forward to.

Hôtel Félicien, situated in shouting distance of the Eiffel Tower, looks to be a tailored variant of Vaurs’ journey through sensuality in hotel accommodations. Not to mention what might be another crowning achievement for the Lapidus name, all be it his first in the hotel design genre. Lapidus, in our phone talk, described for me what has to be a trans-formative wonder there at the site of the hotel’s construction. I was reminded of the Parisian atelier of his father, back in the 60’s, surely Hôtel Félicien is a workshop now for applying genius to fabric and marble. 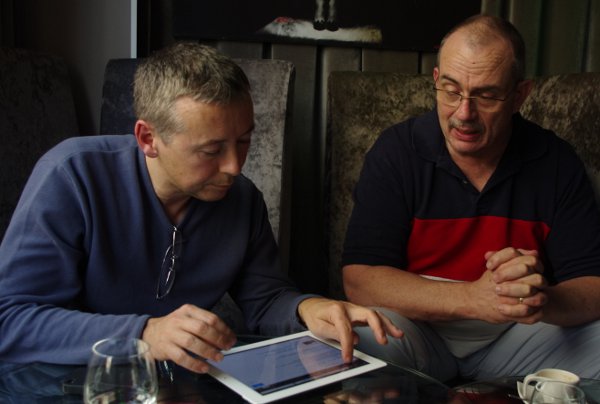 As the reader can deduce from the images provided us of the under construction Félicien, crisp, almost cool elegance is an apparent theme going in. The image below of the salon shows this, the coolness of black, punched holes in by the striking appearance of color, here and there. But there are not just ordinary chairs. The company that makes them, the materials, the original nature therein, has been scrutinized. The same is true of the reception desk at image top. The Italian company that made the Corian-like material, was selected for their cutting edge improvements therein. The sculptured beauty of that “piece” gives way to the inherent durability and function thereof. 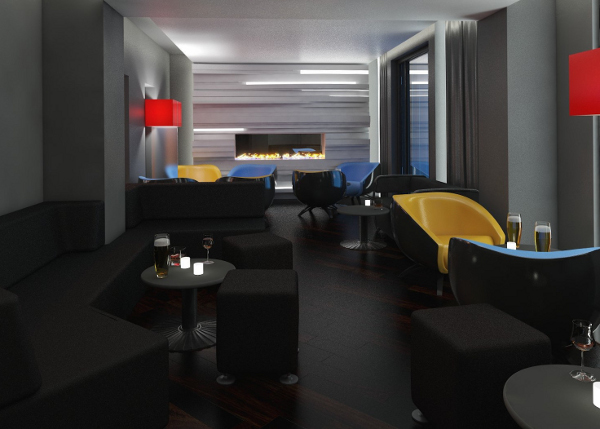 Stylish, bold as brass, luxurious, over the top, even funky, these and other epithets apply to Vaurs’ properties in the past. For Félicien too, a famous French clothing designer turned loose within, has had a Hollywood effect as well. Argophilia Travel News was given a sneak peek at the nearly completed Félicien. Each floor of the hotel will have it’s own theme or story to tell, and not just a separate “feeling” – but a congruent overall part in the opera that Vaurs’ Hotel Félicien is meant to play out.

Lapidus (pictured below) went on to give a bit of micro-analysis of each floor’s elements. From the black leather walls of the 1st floor, on to the grey flannel tailoring of the 2nd, shining rubies on the 3rd, all the way up to the Sky floor at the top, two suites crowning as the name suggests, en ergonomic (if you will imagine usefulness here) work of art. Olivier also described a funky techno element within the suites up there – a cool feature where guests can actuate storage elements via their iPad – Lapidus is, after all, a visionary where fashion meets technology. 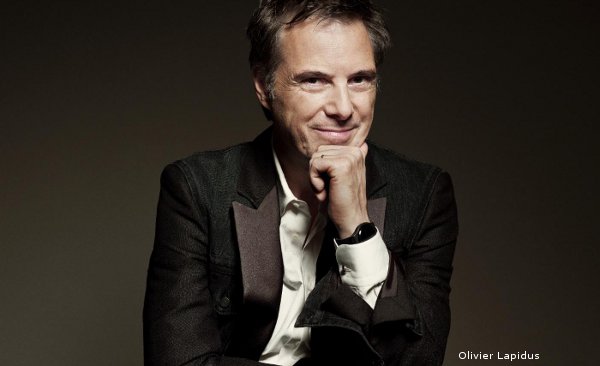 Lapidus, is clothing Félicien, roof to basement, in the same striking creativity his fashion creations exhibit so beautifully. This bold vision of luxury, including one of a kind furniture originals, is nothing if not innovative. The place speaks of elegance, but Félicien is a bit more ambitious even than the Five, Hidden Hotel, and some others of Vaurs’ efforts. For one thing, the two suites at the  Courtier floor will offer Paris’ only private terraces, including Jacuzzi. And ponder what the feel of Lamborghini leather touches like, the decor atop Hotel Félicien will be as decadent as you can imagine. 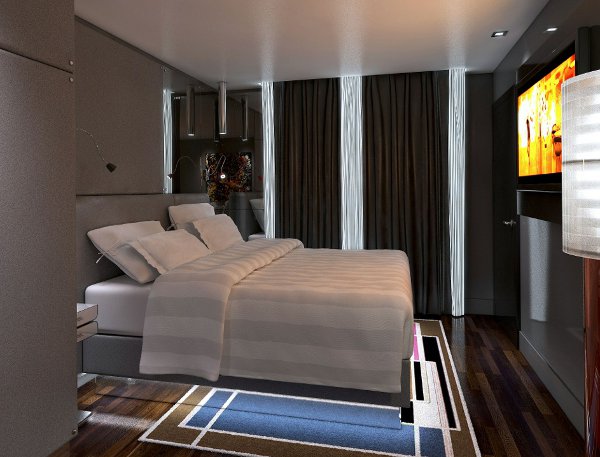 Convenience wise, Félicien is situated at the corner of Rue Félicien David and Rue des Patures, 180 meters from the Seine, about one kilometer from the Eiffel Tower, perfect would be my term for the hotel’s convenience for tourists. For the longing, even desperate out of town shopper? The famous Rue de Passy is only steps outside the hotel entrance. From these rooms (one example below) to the hotel’s fully equipped spa with sauna and steam, to the swimming pool (a rarity in Paris actually), everything from full body massage to a credit card destructive shopping extravaganzas is at the guests fingertips. 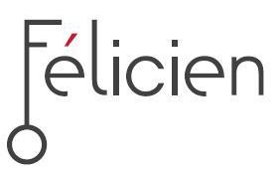 And lastly, with Paris’ growing need for hotel rooms, in particular of a fashionable sense, it seems crystal clear Vaurs and his partners know their business, on top of their style sense. Data from STR (PDF), a sister company of HotelNewsNow, Western Europe as a whole shows close to 60 percent occupancy, unchanged year to year for most.

Meanwhile, conversations with Philippe Vaurs, and other boutique operators in Paris, above 80 percent occupancy can be attained. If I am not mistaken, it seems Hotel 7, where Mihaela and I stayed last month, site at almost 90 percent. If ever there were room for rooms…

The reader can learn much more about Vaurs, the Paris boutique hotels, and especially about Olivier Lapidus, in our upcoming interviews with him via Everything PR News and even Epoch Times. Telling fascinating stories, showing you places and people you never knew or needed to, this is why we do what we do.

Our thanks to Philippe Vaurs, Oliver Lapidus, and our friends at WIHP Hotels for all the consideration and effort.

Readers, and those interested, can stay tuned to Hotel Félicien’s Facebook profile, or even call to ask about the grand opening  at: +33 033142885215.

Campspot Publishes the Top Outdoor Travel Trends for 2023
Ideas to Make the Most of Your Visit to Phuket
Trends Say Americans Guarded Over Travel 2022
27 Inspirational Travel Quotes to Fire Up Your 2022 Travel Bug
Previous: A View of Rural Tourism in Romania
Next: LOT & JetBlue Connect on Flight Connections