In a bit of our own company news, Argophilia Travel Albania has signed on another business this week. Our semi-behind the scenes distribution channel dedicated to Eastern Europe, the telling about people and places not so many ever took the time or energy to, is working, slowly, but surely. Hotel Berati, a quaint Bed & Breakfast in Berat, joins Argophilia Travel. 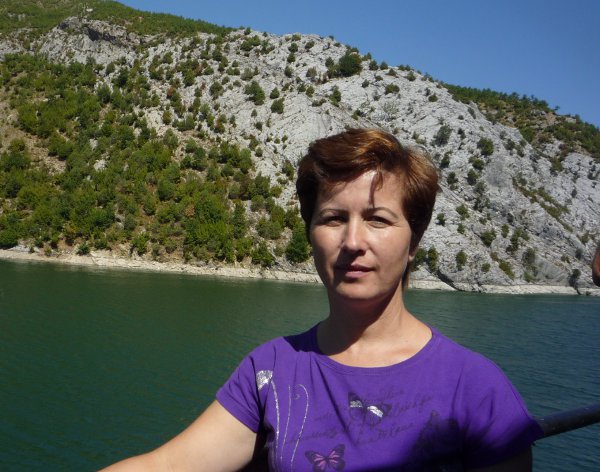 Let’s visit with one innkeeper, Kozeta Karipiti (above) in the “Town of a Thousand Windows” Berat, Albania.

A Speck Of Visibility

While huge companies and organizations of same leverage upon the online travel industry, the small or localized regional business owners out there really get passed on by. Recent developments by first Global Hotel Exchange, then Roomkey and the big 6, call attention to a huge economic dilemma, the online travel agencies (OTAs) high commissions charged to hotels that can increasingly, not afford to pay them. On top of this problem, the big OTAs offer little of the so called “Billboard effect” for small or independent hoteliers. Put bluntly, the Expedia or Orbitz billboard sign is simply not big enough – not to show everyone equally. 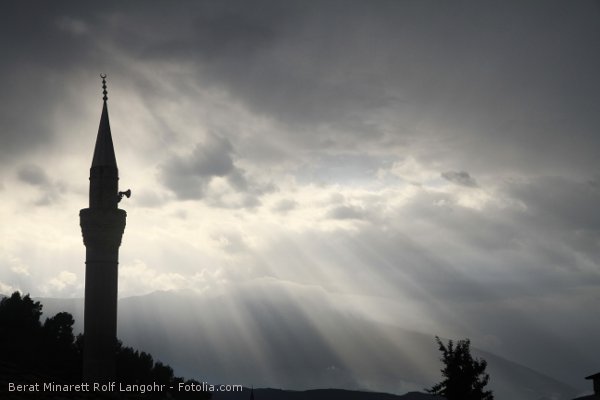 For people like Kozeta, being on TripAdvisor or any other commission based channel is a ridiculous idea. For a vast number of hoteliers, sole proprietors, even small hotel chain operations out there, there is no more room for slicing up the revenue pie. And if this were not incentive enough to shun the big OTAs, TripAdvisor or Expedia reach into Albania is, to be honest, pitiful. After years in operation TA finally took my advice and added user pics, but with 3 things to do, 9 hotels, and 1 restaurant, Kozeta or any of her contemporaries would be underwhelmed by TA bookings I’ll bet. 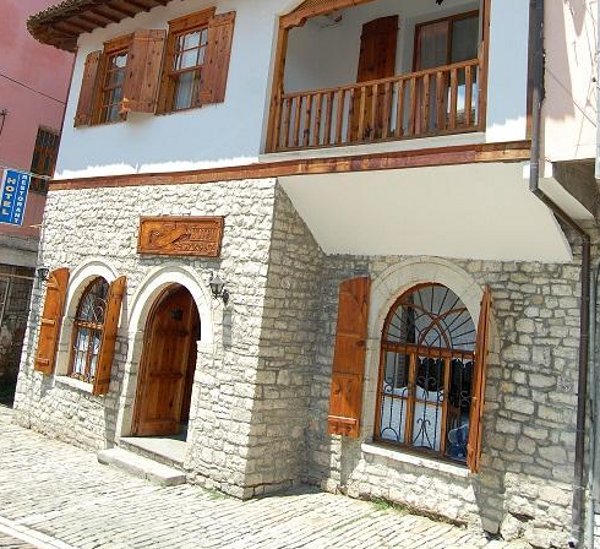 So the reader knows, we launched Argophilia Travel, and this news segment, a long time before Hilton and Co. thought up Roomkey, before Tom Magnuson envisioned Global Hotel Exchange too. Our intention was, and is, to provide a virtually free visibility channel for those fantastic little places you’d probably love staying at. If you take a look at Kozeta’s listing, which by the way she largely filled in herself, you’ll find now just contact details so that you can book her part of Berat. She paid a flat €20, one time, and this is all she will be asked to do. But let me introduce the reader to the typical Argophilia Travel associate here. Meet a lady who deserves more than a speck of visibility on Orbitz or Roomkey.

The instant Kozeta Karapiti signed up for Argophilia, my partner Mihaela motioned for me to take a look at her monitor. Images of a charming little home, transformed into homey accommodations in Berat, appealed to my familiarity with that place in Albania immediately. After all, we did launch Argo Albania first, having also researched and reached out to communities there. More about Albania later, but my call to Kozeta produced a more personal look at this extraordinary lady – resident of an extraordinary place. Art, architecture, tradition, there is no place more steeped in it all than Albania. 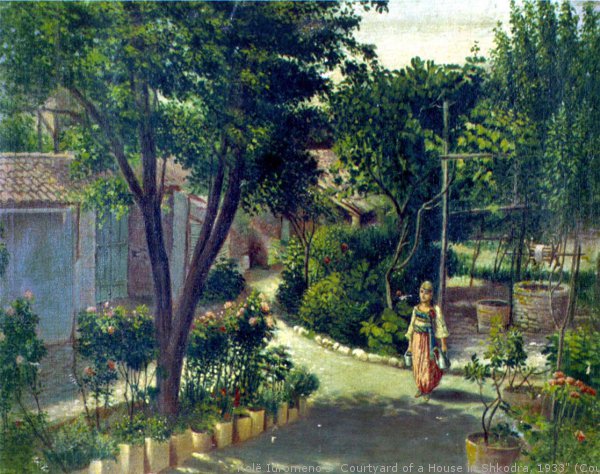 A former language teacher there in Berat, Kozeta has lived here on the banks of the Osum River all her life, even her parents and grandparents having been from here. When I called her, I was immediately taken by two things. First, Kozeta speaks near perfect English. Secondly, it is readily evident she is a humble and unassuming person. We talked for the better part of half an hour about her business, her town, her life there, and even the legends and lore of the region, of which I am fascinated. 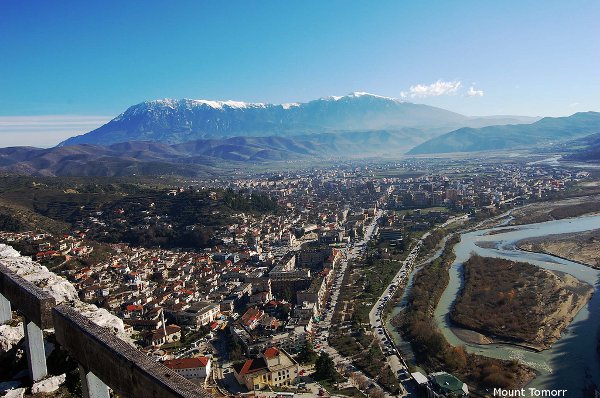 As it turns out, Kozeta runs the Berati Hotel by herself. Sadly, her husband passed away leaving her to fend for herself, with her kids. She takes care of guests personally, the 9 rooms of the hotel offer old world charm and traditional hospitality. When asked if breakfast is included in a guests stay, the reality of Kozeta’s personage came through vividly. Breakfast consists of all local products, eggs, homemade bread, butter, meats, and so on. Simple hearty food, for the simple folk or even backpacker to the region. Breakfast sitting before the stone hearth pictured below, or maybe taken on your balcony/terrace, seems a quiet and peaceful interlude. 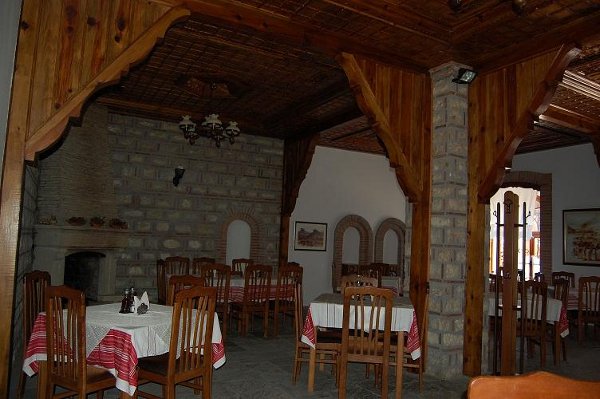 Like a great many people we talk to in Albania, Kosovo, and neighboring countries, Kozeta bears a little scarred place in her psyche. Talking about her life there in Berat, and without even suggesting it, hard times during the communist era surface. Some number of her family having been imprisoned at one time or another then, I instantly felt a pang of deep sentiment. Being from America, long lost tales of people in trouble do affect, but not nearly so personally as this. Albania had a very rough time, to say the least. 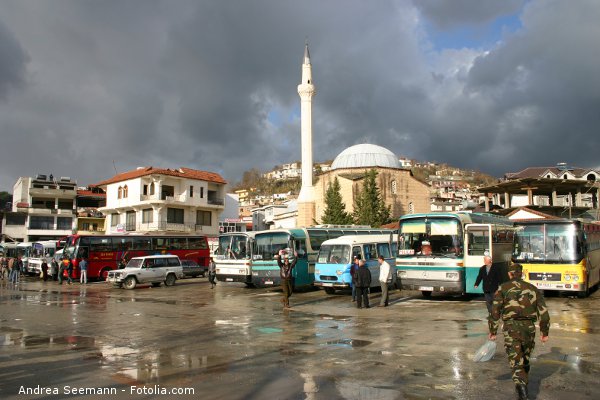 Shedding the cloak of negativity as quickly as it surfaced, Kozeta recalled cheerfully hearing the local legends as a child, and reflected on better time, especially in the present. “We are doing fine now,” she told me. Like someone who had a burden lifted, talking about Albania in the present cheered her. As to the legends?

A most popular story of a battle between two giants, Mount Shpirag and Tomorr Mountain, over a the affections of a young woman, explains the creation of the Osum River. The imminent death of the giants led to the maiden crying a river of tears. Like many Albanian and Eastern European legends, sadness plays a big role in forming the collective spirit of people. The other side of this fact of life being, uncommon human clarity and genuine kindness. But more on this in another post. For now what’s really important is tell you the reader about one of the best and most honest places to stay in Berat, should you venture there. 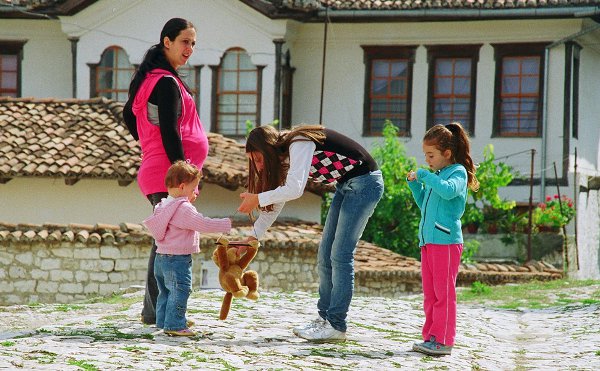 To close this story today, it should suffice to let you know that Berat has many wonderful things to do and see. And, for a touch of home there in far away central Albania, I leave off with Kozeta’s own words; “Many, many times, when my guests leave, they say they were not staying at a hotel, but were at home with me here.” The image courtesy of Stanislav Lvovsky via Flickr above, shows how alike you and I the people of Albania are. Kids and an expectant mom play in the streets in that one. Now think to yourself; “Did Hilton, Expedia, anyone but Google or Yahoo! ever show me such an imagery?” The real world is populated with real people.

While you visit Berat, be sure and see; Shpiragu Mountain, the ancient Citadel of Berat, the Osum River, the several Byzantine churches inside the castle, Mount Tomorr, the Onufri Museum, and others of our top attractions here. To contact Kozeta and/or the hotel directly, do as we did and call: +00355692074199. And for info on Berat and the rest of Albania, please be sure and visit the main Albania Tourism site.

Finally, for fascinating reading, go to Scribd and read folklore and tales like “The Maiden in the Box” from Robert Elsie. Also check out Elsie’s Albanian Art website. Now, let me tease you with video of a place you never heard of, Berat, Albania. A place Roman conquerors leveled to the ground centuries before Columbus set foot in the new world.