Joel, come in Joel, Jim - I mean Dad, is about to stop for gas Spock uses primitive communicator.

Joel, come in Joel, Jim - I mean Dad, is about to stop for gas

When I was a senior in high school, my pops took my sister, step-brother and I to Myrtle Beach on Spring Break for vacation. He drove one car, and my step-mother drove the other. This was 2002 so mobile was not the iPhone-fest it is today — thus walkie-talkies were our conversational poison. We used them to pick when and where to stop to eat, go to the bathroom, etc. However, my best friend Joel Godsey and I used the communicators to kill a lot of the drive time and boredom in the process. 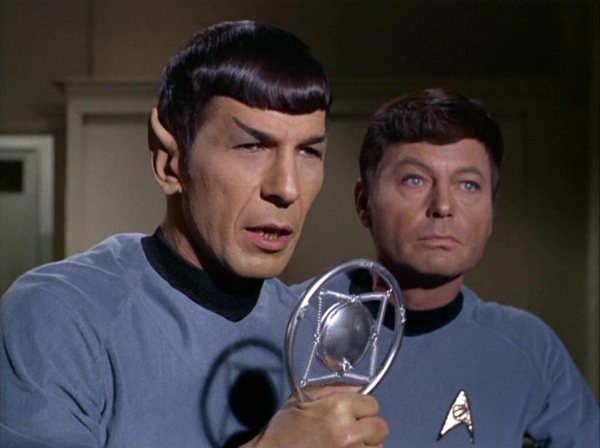 Joel, come in Joel, Jim - I mean Dad, is about to stop for gas

Enter the 2011 version of the walkie-talkie. Smartphones have laid the need for physical walkie-talkies to rest, as Apple would say, “There’s an App for that.” And, HeyTell, an app that has all of the functionality of a walkie-talkie, has already amassed 3 million users. HeyTell for the iPhone and Android phones lets you mimic the walkie-talkie concept; you can instantly send short voice messages to another user of the app.

This little service has ingeniously been dubbed by the guys at HeyTell: “Push-to-talk, starting at $0.”

Steven Hugg and Jen Harvey, decided to quit their jobs back in 2009 and started Voxilate. With the mission, as I found on their website, “to unify mobile devices and voice-activated technology” — Well, the company has its first big hit in HeyTell.

The most interesting part of this unusual story is that the app was built on a cross-country expedition across the United States. Like the stop-and-go traffic you and I face every morning at 7 am — these developers went to a new city, stayed awhile, and then packed up and left for a new destination. 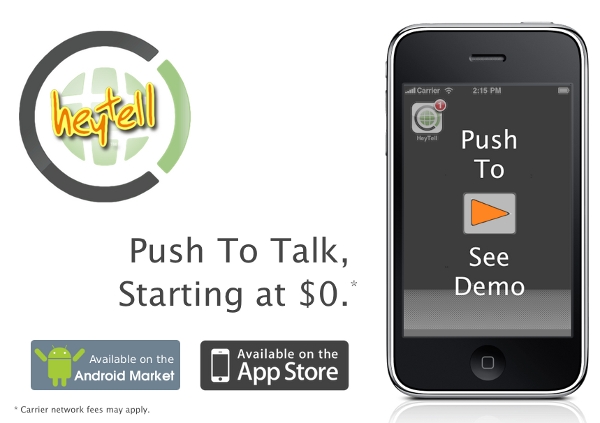 The HeyTell landing, push here to check it out

And whats their secret sauce to the growth of the app? According to Hugg — word of mouth. They’ve spent zero dollars on traditional marketing, mostly spending money and relying on the ‘friends invite friends to check it out via SMS’ model. Best of all, the app has been revenue positive since day one, the smaller part of that being in-app add on’s and the larger part being advertising within the app, said Hugh in the TechCrunch article. HeyTell is sending roughly 1.5 million messages a day and at peak times, 35 a second.

And how exactly does this make travel cooler? It’s 2011 remember, the iPhone or Android family plan that you have — just got a killer feature. You could be exploring a new city, new country or new part of your city, and the family could stay in touch much easier and faster than texting — and THATS saying something.

Or you could just mute dads walkie-talkie messages, they same way you ignore his SMS messages. Load HeyTell via iTunes here, but the Android link from their site seems to be broken for now?

“Wheel the World” Hurdles Travel Barriers for Travelers Using Tech
Lend Me Your iPhone to Test the “Backdrop App” Game Changer
Game-changing AI-powered Travel Innovations
VR Travel Experiences that Shape the Future
Previous: ChaCha Dances Another Round Around Search
Next: Off & Away: Pamper Your Love with a Luxury Valentine’s Suite