According to Anna Rufo, Head of Display Sales at TripAdvisor, more people now use the world famous review site to book their vacations to Greece, than the previous year numbers.

Speaking at a two-day conference “Digi.travel” organized by Travel Media Applications, Rufo told conference attendees and the media users searching holidays in Greece rose by some 13 percent in 2016 compared to the previous year, with Rhodes, Santorini and Mykonos at the top of the list.

The TripAdvisor executive was on of an all-star travel and hospitality lineup that also included Argophilia Travel News co-founders and editors, Mihaela Lica Butler and Phil Butler. Ms. Rufo went on to explain how the majority of people visiting Greece are couples and families, and that the business traveler niche still remains relatively low. 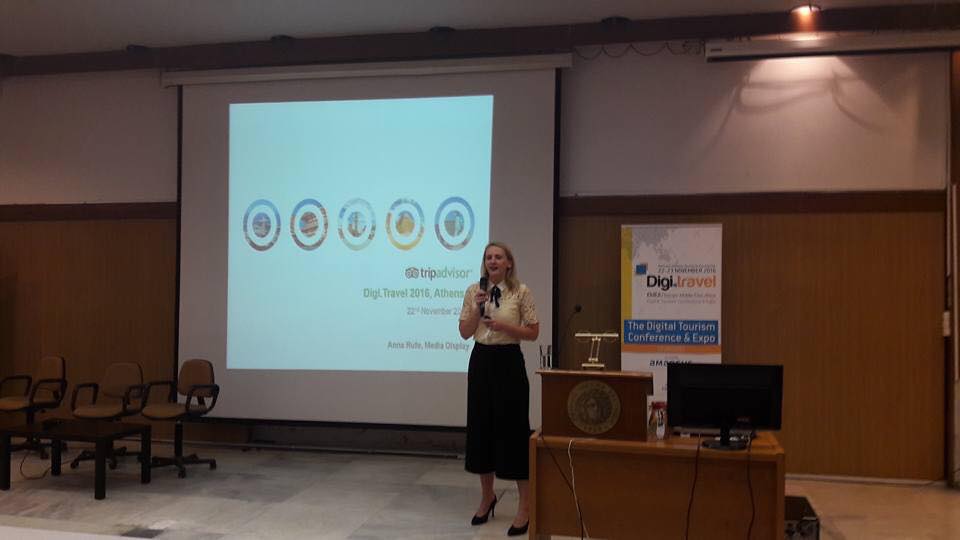 Rufo (above) also stressed that 55 percent of searches on the world’s most popular review site are ever increasingly made via mobile devices. She said 72 percent of users on the service search for restaurants and 65 percent search for activities. Ms. Rufo also pointed to the growing importance of the Russian market for Greece.