Few frequent travelers would disagree that Google Maps is by far and away one of the most useful bits of technology ever devised. No matter where you might be on the planet, it’s one application that you can always turn to when you’re in a fix. Be it restaurants, shops, museums or any other point of interest, chances are good that Google can tell you where it is. 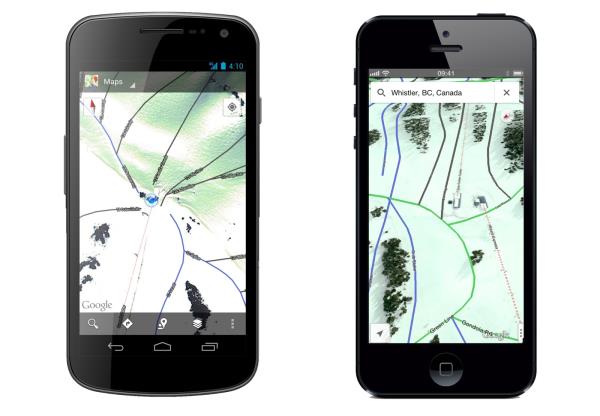 One of the best things about Google Maps is that it’s constantly evolving too, with new features and enhancements being slapped on to increase its usefulness as time goes by. Just last week, Google added yet another new upgrade to its mapping platform, announcing that the app now carries data for 38 of the most popular ski resorts across Canada and the United States. 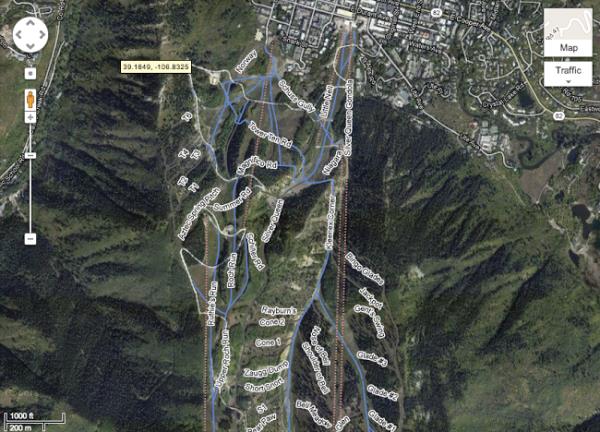 Visitors can check out available runs in blue, green and black

Google’s ski resort data can already be accessed via the web app, iPhone and Android versions of Google Maps, and has quickly become a skier’s best friend to have around next time they’re out on the slopes, particularly when it’s busy. A quick peek at resorts such as Mammoth, Park City or Big Sky for instance, will reveal all of the runs and lifts currently available for that resort, with green, blue and black runs displayed as solid lines on the map, while the chairlifts are differentiated as dotted red lines. The map will also reveal parking places, while bars, restaurants and lodges can all be spotted when zoomed in close enough. Some (but not all) of the resorts even have street view options, so that skiers and snowboarders can check out the terrain before they arrive.

Some resorts can even be viewed on Street View

Check out Google’s blog for a full list of available resorts. They have promised to add even more ski locations too, although Google hasn’t given any clues as to where these might be. Hopefully, European skiers will be in for the same treatment when the next Google Maps update is rolled out.