The incomperable beauty around Svaneti

Georgia’s President Mikheil Saaklashvili believes that the newly opened Svaneti alpine area of the Caucasus may well become one of the most popular Winter sports areas in the world. The recently built roads and a newly opened airport promise easier travel to this world renowned botanical paradise. Already investors line up to build a world class ski paradise, but what of the ecology and politics of the place? Some fear the spirit of this highest of mountain fortresses will be lost forever.

A proud and resilient people await what progress has in store for them and their sacred mountains. 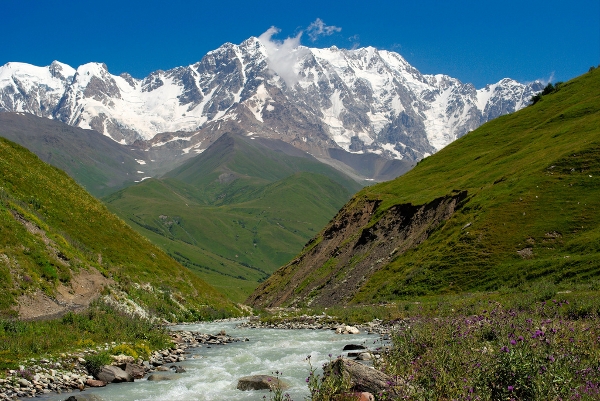 Svaneti is legendary as an adventure skiing enclave, as well as for being one of the most significantly mysterious places on Earth. Not many outside the elite ski wanderers of the world actually know about the remote Northwest region of the Georgian Republic, save the botanists who come to revel in an alpine wonderland. This abode of the fascinating Svans people, who speak their own ancient tongue. 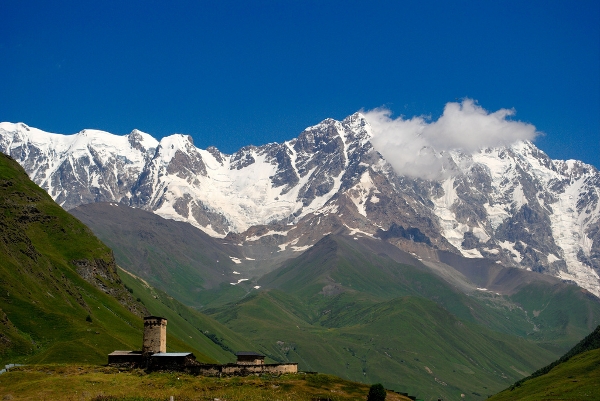 The now complete ski resort is actually Georgia’s 3rd, but as Saaklashvili predicts, most likely her most popular when all is said and done. For the reader who cannot imagine such a place, we have included what images we could. But suffice it to say, not many have ever been to such a place. Another tidbit about Svaneti is that is it the highest inhabited place in the world, surrounded by 4 of the 10 tallest peaks in Europe. 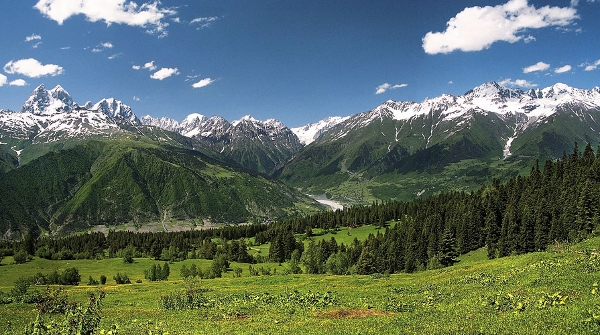 The problem with Svaneti has been its remoteness and accessing the place. Half the year the mountainous area is unreachable by road, or at least was. And only since the upgraded airport opened has the region been accessible even by commercial air. But it looks like all of that has changed, or will very soon. The games at Sochi, not far off time wise or geographically, have already had their impact. This UNESCO World Heritage Site

Georgia’s Caucasus Mountains are less well known than the Alps or even the Canadian Rockies where the Vancouver Olympics were held in last year, but for sheer beauty and majesty, the area around Svaneti rivals any place on Earth. Dotted with its medieval villages and radiant stone towers, there is a spirit to this place unlike any other. And soon the world will know more of it. 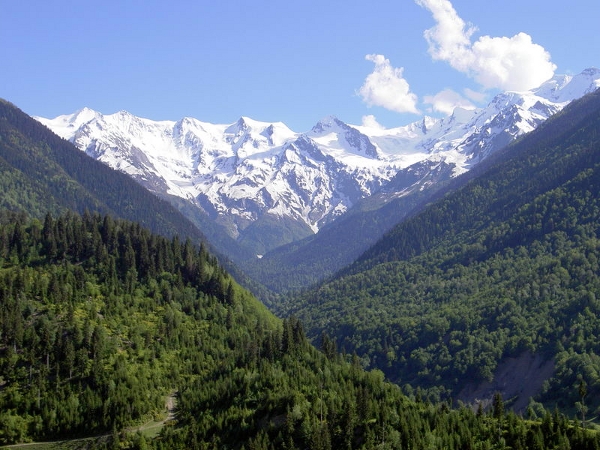 The incomparable beauty around Svaneti

Very soon private hoteliers and other resort conglomerates will be lured into this fantastic mountain retreat. For some this is a good thing, and for others a sort of disaster really. Environmentalists have warned of the dangers of such development in this delicate world of landslides and instability at so many turns.

But progress seems unassailable for even the most remote of places. The best is to be hoped for where sustainable development is concerned. As for the road President Saaklashvili promises? Work goes on day and night under the shadows of mystical towers built centuries ago – the beauty of Georgia, as you will soon see, is breathtaking. The Winter ski season has opened in Mestia. 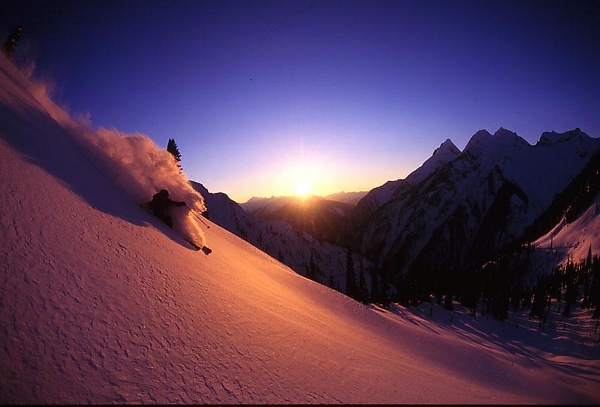 I leave you with a video that will give you a taste of this mystical and unbelievably beautiful spot on planet Earth. A bit of the spirit that carried young luger Nodar Kumaritashvili down mountainous icy slopes many times in preparation for his trip to the Olympic Games in Vancouver. His home in Bakuriani, not so far aways from here. So you know, his name will always appear when this writer touches on alpine sport or his beloved homeland. His death so unnecessary, but worse still dishonored by the IOC.

For more information about traveling to Svaneti and the rest of Georgia, try visiting these sites, or check out the Visit Georgia Facebook pages.