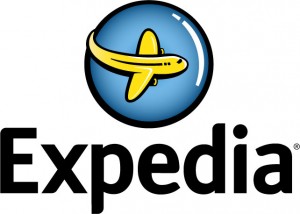 Expedia is taking the business of travel search up a notch, with reports suggesting it’s currently developing a natural language search engine that will provide a “more human” way of searching for flights, hotel rooms, restaurants and the like.

The research, which is being carried out by the Expedia Affiliate Network (EAN), is still in the early stages, but there is a beta site already up and running. YourVisit.com still delivers some questionable results, but it does at least demonstrate the promise of semantic search.

According to Expedia, what it’s attempting to do is deliver a solution that allows users to search for travel products in a ‘natural’ way that draws on its vast data banks to provide the most relevant results. Essentially this means that users would be able to type ‘natural sentences’ into the search box, such as “I want a hotel in New York next Monday with WiFi, a pool and spa, near Times Square”.

The company says that the new semantic search system is already being trialed through several of its affiliate sites, and will be rolled out across entire network after further refinements are made.

Researchers Christopher Lynch and Eachan Fletcher were reported on Tnooz as having said that; “replicating the human experience” is a fundamentally complex process that involves designing algorithms that are not only capable of understanding natural queries, but also mining its vast data sources (over 1,300 of them) to ensure accuracy with its results.

Expedia is lucky in that it possesses an astonishing amount of data to do this, including its history of search queries, transaction information, user-generated content and petabytes of meta-data associated with its affiliate sites.

So let’s take our ambitious example search from above:

“I want a hotel in New York next Monday with WiFi, a pool and spa, near Times Square”

Upon being tasked with this query, the system would identify the important keywords, before cross-referencing these requests with the data it has within its own servers, rather than relying on its partners as it did before.

Motivating all of this is that Expedia wants to be able to deliver more relevant results that it hopes will increase conversion rates on its partner’s sites, which are currently pretty poor – averaging between1% and 5% in most cases. Compare this to call centers, where conversion rates are as high as 50% simply because the level of interaction means that the sales person can pull out whatever it is the caller wants.

Expedia seems to be rushing to refine its new system and bring ‘natural search’ to the masses as soon as possible – and with good reason. Several other travel industry players also have similar designs, including the likes of Hopper and Evature, among others.

Lend Me Your iPhone to Test the “Backdrop App” Game Changer
Game-changing AI-powered Travel Innovations
VR Travel Experiences that Shape the Future
A Grain of Salt and H2O Hospitality Gets You 2.5 Star Bliss
Previous: AirAsiaExpedia Gets Boss
Next: The Fabulous Machu Picchu – Peru’s Top Attraction