Expedia and its sister company Hotels.com released new mobile apps for Android as well as an upgraded mobile website for Expedia.com. Expedia is showcasing the new apps and features at Google I/O Developer Sandbox. 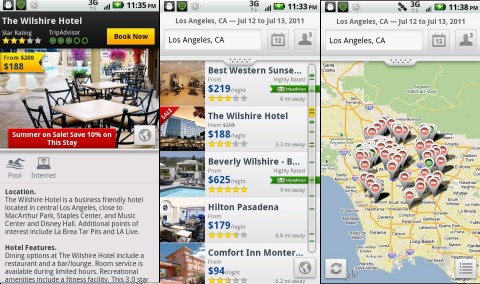 Among the new features in the Android app are:

Hotels.com also launched new apps for both the iPhone and Android.

“Nothing is more intrinsically mobile than travel, which is why investing in mobile is a key part of our Expedia Everywhere business strategy,” said Scott Durchslag, president, Expedia Worldwide. “Whether it from be their mobile phone, their tablet, or their PC, Expedia customers can book the perfect trip from nearly anywhere, at any time.”

This new Android app is Expedia’s first since it acquired Mobiata, a mobile development company. Its developers are at the Google I/O conference in San Francisco this week to demo the app, which is now available for download via the Android Market free of charge.