EuroCheapo, one of the online world’s most popular travel sites, celebrates their 10th anniversary this week. According to the news the European budget hotel finders will also launch new guides for Zurich and San Francisco. Argo Travel says Happy Birthday to one of the web’s most visited online travel sites. 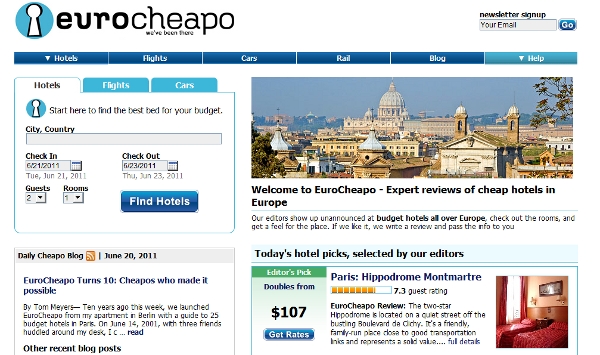 The startup that began in Berlin in 2001, bears little resemblance to the one travelers see today. What was a cheap hotel guide tool for people headed to Paris, has evolved into a service offering deals in nearly 30 countries. EuroCheapo’s founder and Editor-In-Chief, Tom Meyers, had this to say via PRWeb press release:

“Since our first day in business, our editors have personally visited, reviewed and photographed thousands of budget-friendly hotels, hostels and B&Bs in major cities in Europe. While the travel industry has greatly changed since our launch, our mission has remained the same: to be a comprehensive, unbiased guide to the best budget hotels out there.”

The company’s plans for this Summer include the launch of guides for Geneva, Switzerland and San Francisco, California sometime in July. And, the news suggests other destinations will be added later in the Fall. Going the way of future OTA’s EuropCheapo now offers not only hotel deals, but budget picks in car rentals, flights, and rail travel as well. 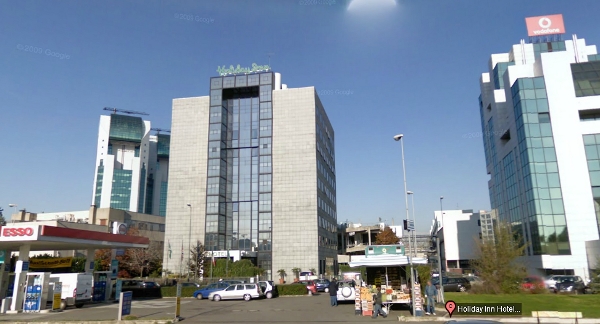 What is now the Idea Hotel - admittedly not the Ritz, but a deal for sure

Since we just came from Milan, it seems like a good idea to show off one of EuroCheapo’s deals there, just to say Happy Anniversary.  The closest hotel (and EuroCheapo’s top pic for a weekend) actually ended up being about €100 more than we paid for the same nights. Two rooms, 4 people, we got off for about €250 – Hotel Corte del Naviglio, a block over from our hotel, would set us back €354. And as the Google Maps image below refeflects, one block over is not the best neighborhood. EuroCheapo actually meta searched Venere to find it too. 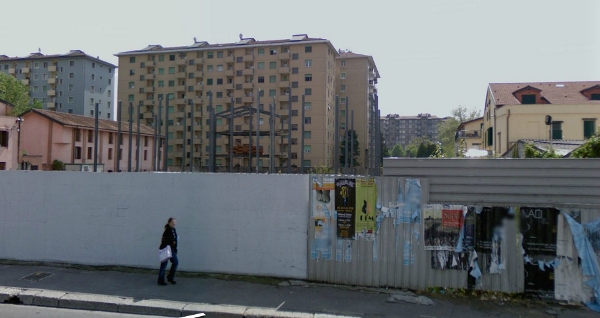 Via Lodovico il Moro, 117 Milano - The street for EuropCheapo deals?

Of course this is an isolated case, Google maps locations have changed a bit, etc. As you can tell by the image of our hotel, it was once a Holiday Inn. Still, €100 difference? And that’s $150 dollars difference to you American readers. It seems to me “deal” is still a relative term.  The interesting thing here is that I used Google to find the Idea Hotel, then called and was advised to use the hotel’s website to book – bada boom! No mess ups either. Later on we will do a real comparative to see where EuroCheapo and others sit “deal” wise.

Lend Me Your iPhone to Test the “Backdrop App” Game Changer
Game-changing AI-powered Travel Innovations
VR Travel Experiences that Shape the Future
A Grain of Salt and H2O Hospitality Gets You 2.5 Star Bliss
Previous: Kilingi-Nõmme Knows Beautiful Music
Next: TRX to Unveil Their Latest at Business Travel Market 2011