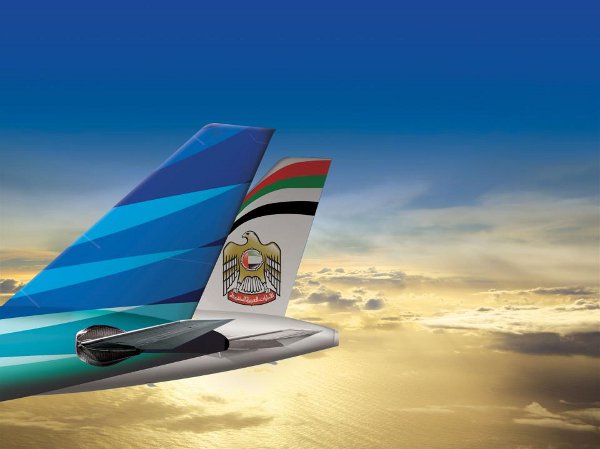 Air connections with the Russian Federation are again beefed up apparently, Etihad Airways’ non-stop services to Moscow were the topic of a press release by the UAE flag carrier last Monday. Celebrating four years of non-stops in between Abu Dhabi and Moscow, the airline’s CEO foretells of enhanced Russia – UAE cooperation.

Announcing past cooperations and expansive services between his company and the Russian Federation, CEO James Hogan also projected:

“We remain committed to building the Etihad Airways brand in the Russian market, offering customers great choice, connectivity, and value from what is one of the growing destinations on our network.”

His airline has made helped make it easier for Russians to get UAE Visas, provided advanced services like to-from limo service, and operates a two-cabin Airbus A320 aircraft between Abu Dhabi and Moscow.

Earlier this month Etihad Airways announced a partnership with Air France and KLM to codeshare on flights across the airlines’ networks. This was the first phase of a much larger strategic partnership, accordig to the airlines. Destinations across Europe, the Middle East, Asia, and Australia were impacted out of the alliance. Also, Air France announced a codeshare agreement with airberlin, which Etihad holds a major share in.