New Europe Bridge from the Romanian side - courtesy Ionutp

Trade and tourism in between Romania and Bulgaria got a boost when the New Europe Bridge opened last year. According to the trade ministries of the countries, bilateral trade has exceeded €3 billion over the course of the last year. 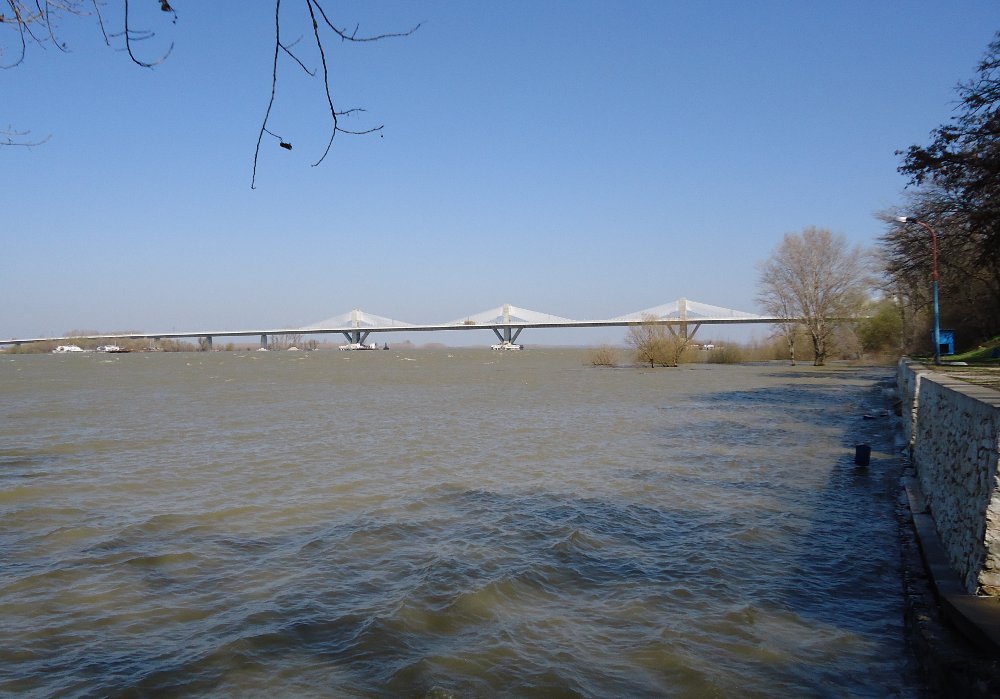 New Europe Bridge from the Romanian side – courtesy Ionutp

Since the bridge opened back in June of 2013, more than 300,000 vehicles crossed the 1.7 kilometer span across the Danube. In addition to the automotive traffic  boost, the local regions are not connected by rail and pedestrian lanes as well. EU funds accounted for most of the cost of the bridge over the mighty river. Previously Romania and Bulgaria had a single bridge spanning the river along the 5oo kilometer border they share.

The new bridge puts much closer together local communities in Calafat, Romania and Vidin in Bulgaria, traditionally so close, and so far apart given the near impassable Danube at this point. Earlier bridges in antiquity connected these two cities, but those were destroyed. For centuries the cities were only connected by boat or ferry, now all that has changed.

For a taste of Bulgaria in this part of the country, here’s a video production showing the local culture.