To start with, I’ll admit my own inefficiency in not having reviewed Olivenbaum before. The Greek restaurant is, after all, right next door to us, nearly. Making amends today, I hope your next trip to Trier, Germany puts you in the mood for Mediterranean. If so, this is the best and cheapest place to dine in the city. 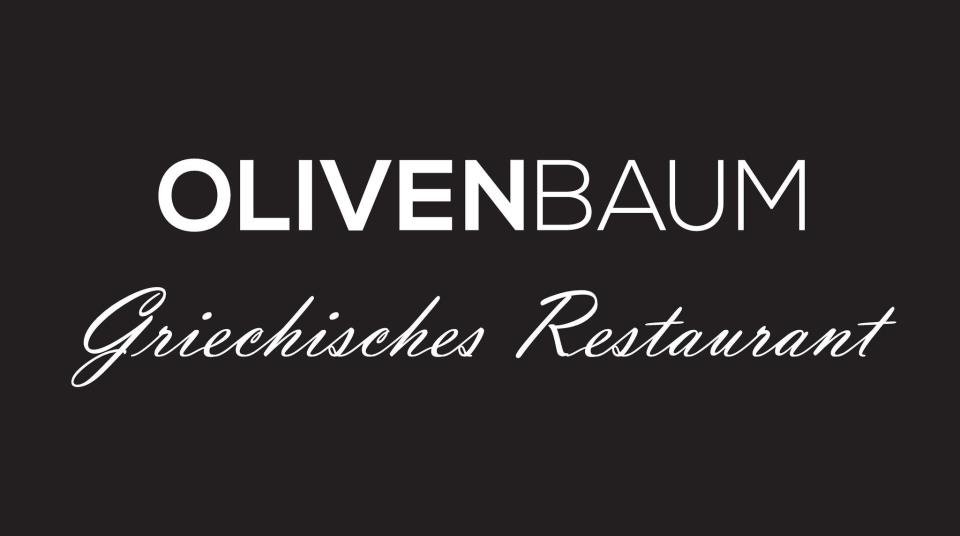 Situated in the center of Trier, Germany’s oldest city, Olivenbaum is one of those places tourists actually pass by all too often. Innocuous, yet stylish, the venue is a simple and stylish upgrade of an older edifice in the pedestrian zone of this ancient city. However lovely the decor is though, the cuisine and service are the draw. This is as it should be. Olivenbaum is a place to eat, and to eat well.

Last evening the wife, myself ,and out young Paul Jules escaped the office for an excursion to Trier. Not only were we surprised to find this fine little restaurant gem, but also that the owners are from our beloved Crete, and half our child’s heritage, Romania. Now there’s a winning combination of Ana Goumas and her husband  as restaurateurs, but the service and courtesy exhibited lent itself to a pleasurable evening. We spent the evening enchanted and at home. But the food, sorry. 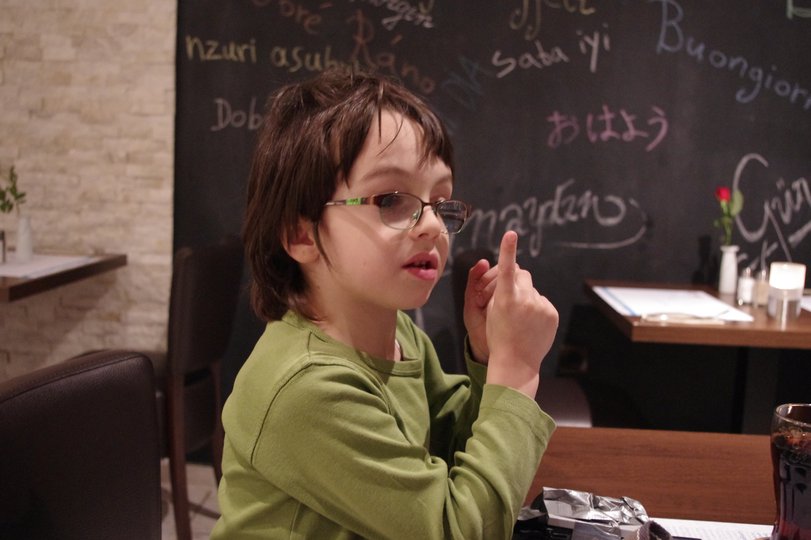 Paul Jules, the little one above holding up the single digit (above), he’s something of the culinary critic barometer for us. Put simply, if the little guy eats everything on his plate, his companions will always find they are in the right place. Last night, a Greek kabob and spicy fries evaporated along with a custom made gelato desert. A proper review though, should include a grilled octopus my picky Romanian bride and partner complained about. She complained to Ana vociferously, “The portion should have been bigger, I could not stop eating it.” A sampling on my part resulted in the exact muscle-crispy-sweet taste all sea monster eaters love (I do not personally love Octopi). Mihaela ate the appetizer as a main, I should denote here. 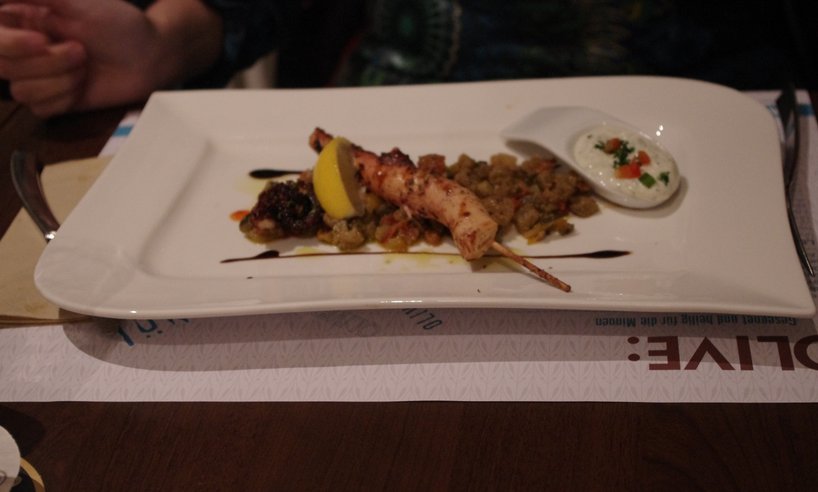 Down to the real foodie value of “Olive Tree” – a grill plate sampling including lamb, pork, beef, and chicken variously prepared, ended up “GONE” in record time. While the owners and my wife (business partner) “clucked,” as I call it, munching the least greasy dish of select meats I’ve had in Germany, was my mission. You may denote here that Germans, by and large, serve up veritable heart attacks at every meal. (Sorry guys, you are all dying) 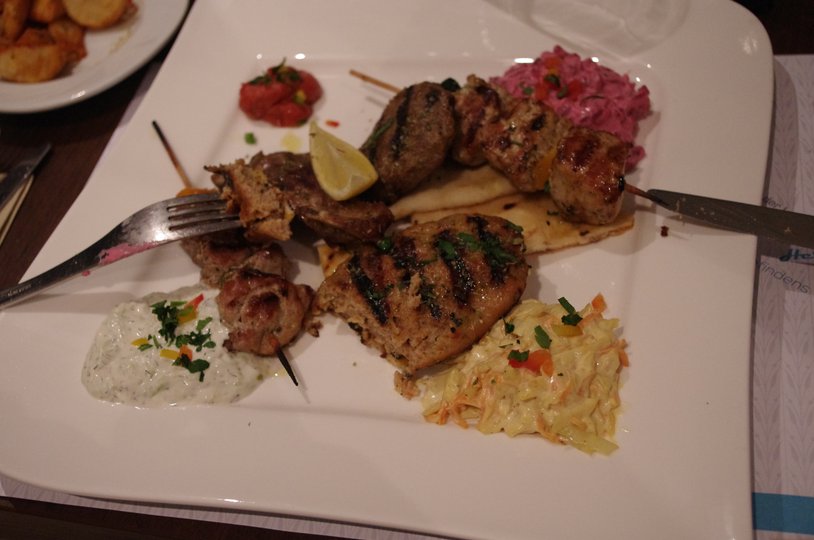 That kofta, or in German Frikadeller you see there was to die for.

Desert was comprised of halva, topped in vanilla gelato, with cinnamon, walnuts, and a sort of caramelized fruit syrup that was the perfect additive. As I mentioned, Paul Jules had prepared “special” a mix of chocolate melt an wonderful vanilla, because he always demands special attention.

As positive a recommendation as I can give, that’s what Olivenbaum gets this go around. We’ve dined at nearly every restaurant in Trier these last 6 years and none is better for service, freshness of foods, taste, and for economical value. All you see and can glean from these images cost €55 euro. Olivenbaum is also the cheapest restaurant for what you get, period.

Below Ana Goumas and Mihaela discussing cuisine at Olivenbaum. Readers can connect with the restaurant via Facebook as well. 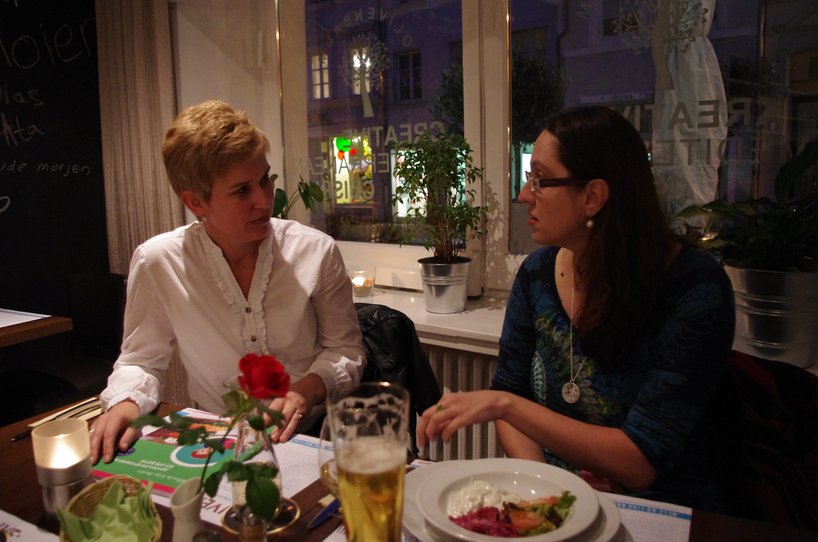 Crete’s 2022 Summer: Already Burning With Fun
What If the Secrets of Keftiu Could Rescue Humanity’s Future?
Odd Christmas Traditions Around the World
The Connectedness of Beauty: A Secret of Crete Few People Know
Previous: Connects: New Bulgaria to Romania Danube Crossing
Next: Latvia Travelers Visit UAE Free of Visa Worries