For the traveler who has never heard the term speleology Croatia’s attractions other than caves may be of interest. But, for the spelunker in all of us, there is simply no better place to explore the fascinating world underneath us. From the world famous Modra Špilja to more obscure names in Dalmatia, Croatia is literally a land of speleological wonder. As in the Croatia tourism video below, the natural wonders of this country rival any in the world.

Subterranean sightseeing is obviously not something the ordinary vacationer would consider for their next holiday, but where Croatia is concerned, this might be a careless oversight. The country’s tradition springs from possessing such wonders obviously, so it is only natural that cave tourism there is geared to attract enthusiasts of any skill level. Put simply, Croatia may be the best place on Earth to begin your discovery of a fascinating world you never knew existed really. Let’s take a brief image and video side trip to a few of the wonders of Croatia beneath Croatia. 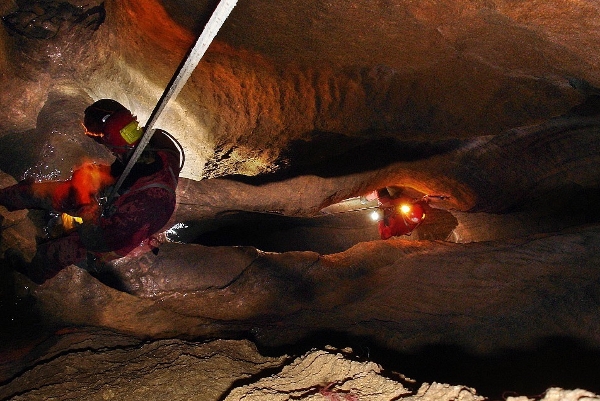 Located on the Islet of Biševo, the famous Blue Grotto (Modra Špilja) lays beneath the limestone outcroppings of the area. Some 26 caves actually make up a sort of labrynth underneath the Island, many of which are accessible by boat. The natural entrance to this fabulous cave is actually beneath sea level, but a century ago an artificial tunnel was made so that people could access the cave from above ground.

Sunlight shining through the cave’s natural entrance causes the interior to emit a soft but striking blue light throughout the chamber. You best time to visit is between 11 and noon as the sun shines more directly into the cavern then. 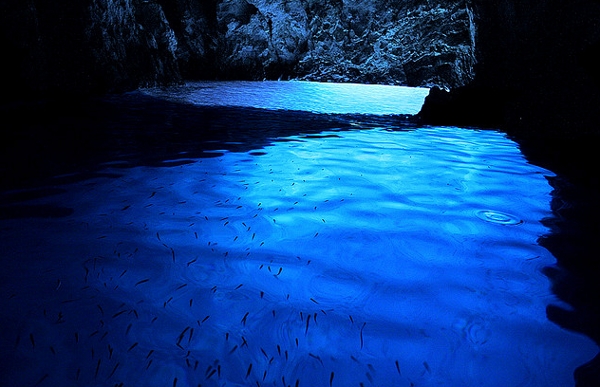 Zmajeva spilja, or the Dragon’s Cave, is located near village of Murvica seven kilometers from Bol. Its name is derived from a relief sculpture depicting a dragon, but the cave was actually the dwelling place of Glagolithic priests from around the 15th century. Cave is 20 meters long, and divided into four halls. The first of these houses a Chapel of our Lady Madonna along with reliefs of angels, the moon, the dragon and others carved into the cliff. Interestingly, scientists have yet to decipher the exact meaning of the reliefs, some claiming Slavic mythology as the source – while still others insist Christian iconography. 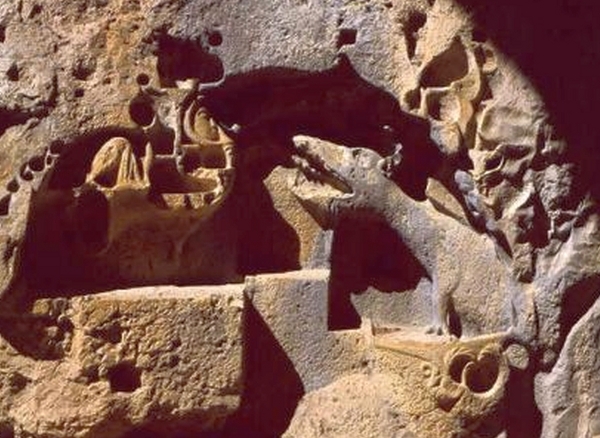 The fourth largest and perhaps most studied cave in Croatia is Veternica Cave. Located in the heart of Medvednica Nature Park, this ancient remnant from the Pleistocene age attracts a great many tourists visiting nearby Zagreb. Besides its geomorphologic significance, Veternica has major archaeological and palaeonthological import as well. The cave possesses some of the most important evidences of early man in Europe. 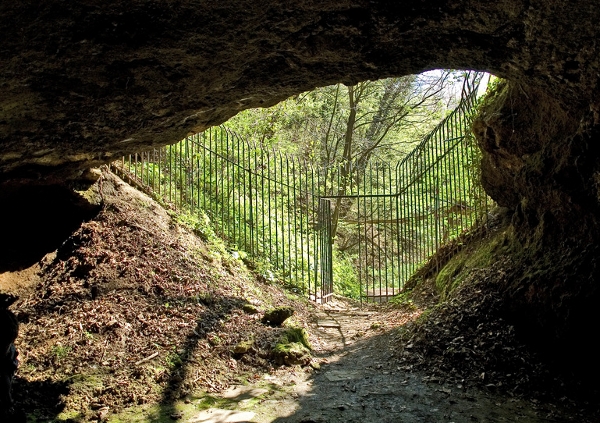 Located in the Canyon of Matka by the springs of Koritiste, Vrelo Špilja (Spring cave) has two beautiful halls to enthrall visitors. The one possessing the 30 meter lake is obviously the most famous, and one reason such caves in Croatia are labeled “show caves,” the veritable movie stars of subterranean structures. This particular cave was actually developed for visitors by the Peoni Speleological Society. 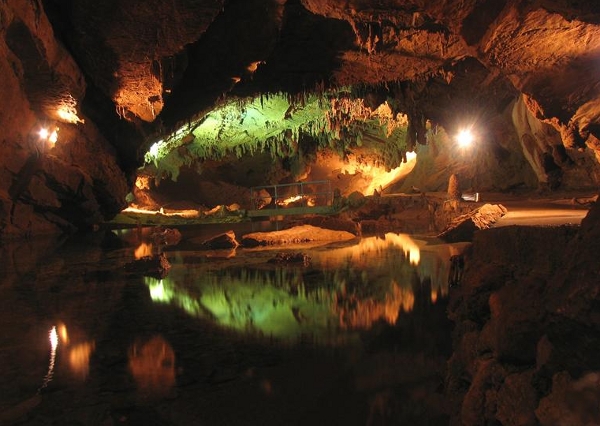 Cave Vrelo or one of Croatia's "so called" show caves

But the caves of Croatia are not just attractive for the casual underground tourist. The country has some of the most noted subterainian structures in Europe, if not the whole world. Lukina jama for instance, is the deepest cave in Croatia and Southeastern Europe, so far having been measured to a depth of over 1392 meters. The vertical drops of this cave, along with various curiosities geologically and where the animal kingdom is concerned, have made the cave a virtual living laboratory in modern times.

For the reader interesting in learning more about the fantastic caves of Croatia be sure and check out the Velebit Speleological Section’s YouTube channel. The video below is from a series covering some of Croatia’s most interesting subterranean wonders. This website also reveals the adventures of Darko Bakšić, Luka Mudronja, Dalibor Paar, Jana Bedek, Rudi Debbaut in exploring these wonders. Croatia’s official tourism site also has a vast storehouse of information on all things Croatia travel.