According to the Press Secretary of the Federal Tourism Agency of Russia (Rostourism), Irina Shegolkova there was an increase of 185% of Chinese tourist taking the free visa path in early 2015. The new Russia-China accord also foretells of paradigm shifts in touristic flows and paths in the CIS as well. 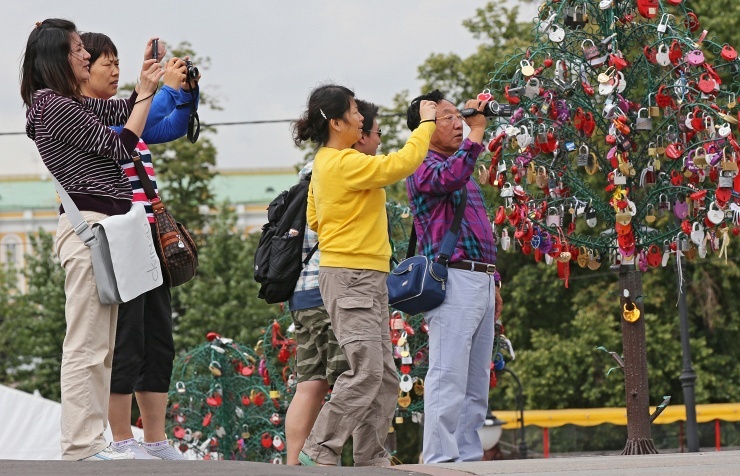 “It’s good that the program group on visa-free regime with China joining the new regions. Thus for Chinese tourists the geography of travel in our country, which certainly will lead to further growth in tourist arrivals. According to expert estimates, the average Chinese tourist for 10 days of stay in Russia leaves 144 thousand rubles.”

The numbers don’t lie. Chinese tourists to Russia have been on the rise since 2009, having increased more than three and a half times since then. News of closer relations between the two countries, in particular the new monetary/lending news, speaks well for what it sure to become a thriving tourism business in the years to come. As far as visa free travel is concerned, the increase in tourists taking this path has grown substantially in the last few months.

“Tbilisi Sea New City”, the largest of the Chinese projects to date in Georgia

As for the overall trend of Chinese travel, news of China becoming the Republic of Georgia’s largest source of direct investment shows the world’s largest economy moving to develop future paths in between Asia and Europe. Owing to Georgia’s privileged access to the European Union, and strategic location on the Black Sea, Chinese investment interests are expanding in that Caucasus nation. According to reports, there may even be a free trade agreement in the wind.

Georgia, a traditional gateway between Asia and Europe, is also on the road to Sochi and the Crimea for potential tourists from Armenia, Turkey, and especially Iran. As the Eurasian Union takes shape, and with Iran coming out of from under the blanket of sanctions, the east region of the Black Sea will surely grow tourism wise.