News from Bulgaria last week tells of an almost diving intervention where the country’s tourism is concerned. The main Orthodox cathedral in Sophia has begun showing relics of none other than John the Baptist. In a move officials there hope will boost tourism, the recently discovered bones of the departed saint will be on display until today.

Bulgaria’s Orthodox Patriarch Maxim welcomed these ancient relics in the square in front of the Church. And, chief among the dignitaries on hand for viewing and paying their respects was Russian Federation Premier Vladimir Putin yesterday. On meeting with Patriarch Maxim, Putin said; “It is a great honor for me to meet with you, and to visit this temple, which is one of the brightest symbols of the spiritual and historic closeness of our peoples.” 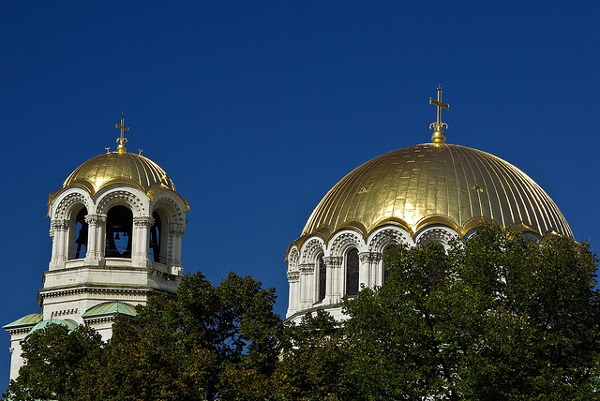 Since the announcement, everyone from big time politicians to the simple person have flocked to Sophia to catch a glimpse of bones experts content are those of Saint John. Found near the town of Sozopol this Summer. Revered not only by Christians, but by Islam as well, it was John who announced the coming of Jesus and baptised him in the River Jordan. According to The Gospels, King Herod had John beheaded when his stepdaughter Salome performed a dance for the king.

The relics found within a 5th Century monastery, in an alabaster box, by archaeologists attest to John’s existence, if not his divinity. The box had been resting on the Black Sea Island of Sveti Ivan. Bulgaria’s state historian Bozhidar Dimitrov, and many other experts have now declared the relics to be genuine. The box was inscribed with the Greek name of John, as well as his birthday. 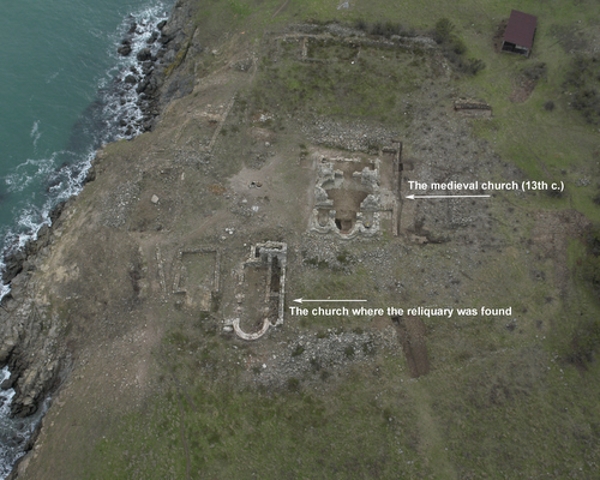 According to church officials, it is believed that the physical remains of John the Baptist are scattered about the globe, rather than being buried on one place. The Orthodox Church also fended off the suggestion that the relics be subjected to more intense scrutiny, saying:

“The relics are great spiritual wealth therefore we must treat them with reverence.”

Meanwhile, Finance Minister Simeon Djankov, who visited Sozopol when the relics were revealed, announced new funds for church renovation, as well as infrastructure investment in Sozopol. Bulgaria, justifiably, expects John’s relics to make Sophia something of a pilgrimage for believers. The Ministry’s website clearly shows Bularia’s dependence on tourism, as well as their upbeat tone over this religious news.

The video below via the BBC shows the ceremonious opening of the alabaster box.