The Decaying Orbit of Orbitz Online

Orbitz landing - let's hope not hard Orbitz may be ripe for acquisition.

It’s about time to stop making bones about what is happening in the online travel space. The Google ITA deal, Orbitz recent stock sell-off, acquisitions fever in the air, and billions up for grabs, it’s no wonder online travel seems shaky lately. But for Travelport’s Orbitz, that company’s recent dealings appear downright “seismic” by comparison to most others.

When American Airlines showed their cards the other day, wanting out of their deal with Orbitz, the biggest weakness of this online travel company was exposed – stagnant mediocrity. A strong term, I know, but looking at the resources and position of Orbitz withing the digital travel community – someone at Travelport has to be thinking; “How?” 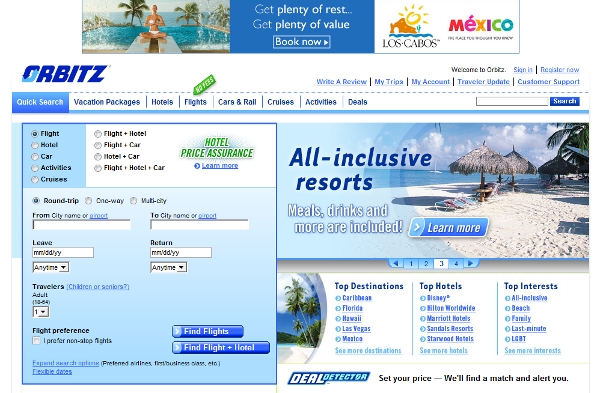 When Orbitz went public back in July of 2007 the offering price was $15 per share. Wall Street has bounced the company value around ever since, but when push comes to shove Orbitz looks more like a penny stock now than the second biggest earner in online travel. Almost too intuitively too, Marketwatch’s Geoffrey Rogow literally predicted the decaying orbit of Orbitz even before the IPO:

“Sabre Holdings Corp.’s Travelocity is going private. Travelport’s Orbitz Worldwide is going public. Either one could be swallowed up if they don’t make more visible changes to further differentiate themselves.” 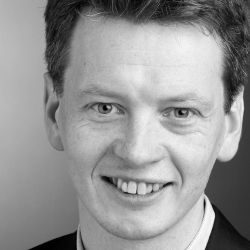 Let me restate what Rogow pointed out 3 years ago; “Without significant differentiation, Orbitz could be swallowed up.” Well, they have not changed anything significantly, and soon the company will be a morsel so tiny any fish can swallow it. Blunt and harsh as this sounds, with great expectations come bitter disappointments – and Orbitz has squandered advantages any business would kill for these last 3 years. And Orbitz makes money too. They just seem unwilling to spend any of it on increased user value. Sabre and Orbitz execs have to know, adding an iPhone and Android app to Orbitz’s stable of tools is not going to get it. Mobile is expected now, now anticipated.
Looking at today’s news about Orbitz only reveals a company only apparently interested in dealing across the boardroom table – and news that reads like a link baiting scheme from a typical blog. Doing research to determine the top 10 Thanksgiving airports in the US (of course the Huffington Post can extrapolate the 10 least busy ones too)?  Walgreens and Orbitz giving each other a “shot in the arm” with their marketing deal? Wallgreens? I thought they went out of business when Kress and Franklin 5 & 10 did (half kidding)?

According to customer service site Customer Service Scoreboard, Orbitz has a rating of only 64.18 out of a possible 200, where My3Cents offers up a long list of complaints,  and the list goes on. In fairness too, Orbitz does not fare much worse than Expedia and others in the top 10 where complaints are concerned – but combined with other aspects outlined here – well, they can least afford complaints. According to Top 10 Reviews, Orbitz “was” the third highest rated online travel portal out there – that is until “customer complaints” were factored in. And, in a gesture seldom seen by this writer, the team at Top 10 actually left Orbitz in position, giving them “the benefit of the doubt” on crappy customer service. Here is an excerpt:

“There are many reports of customers on the phone for an hour or more (using cell phone minutes, yet!), waiting to talk to a manager, only to get a rude Orbitz representative who blamed the poor customer for the mistake and quickly hung up………
The only reason we didn’t let Orbitz’s recent history drop the site from our latest reviews is because we are giving them the benefit of the doubt.”

And while their orbit about the digital world of travel decays, what do the execs atop Orbitz crystal towers ponder? If subjective Thanksgiving airport busyness were not enough mediocre client value, a list of ski destinations certainly is. American Airlines, a charter supplier of tickets to Orbitz all these years, threatens to pull their name, and the rocket scientists at Orbitz hammer out drug store deals and blog lists. Is CEO Barney Harford (upper left) positioning Orbitz for some kind of Rocky Balboa comeback?

While Travelport and Orbitz seem reluctant (or unable) to garner a real customer rewarding deal, they do spend money on social elements at least. The Orbitz YouTube travel channel has the addition below covering their low price guarantee – as well as transparency. Where the metal meets the meat, Orbitz ROI is horrible. Only the “scammy” PTN has a lower return on average assets. What can Orbitz (Travelport) do? Spend some money to make some, or sell and acquire – it seems pretty simple.

Lend Me Your iPhone to Test the “Backdrop App” Game Changer
Game-changing AI-powered Travel Innovations
VR Travel Experiences that Shape the Future
A Grain of Salt and H2O Hospitality Gets You 2.5 Star Bliss
Previous: Anime Festival Asia 2010 Kicks Off in Singapore
Next: Bulgaria Unveils John the Baptist Relics