Bulgaria Poised to Launch a Launch?

Out to lunch socially, how can Bulgaria really grow tourism?

Checking in on Bulgaria’s Ministry of Economy, Energy and Tourism, after they announced their new strategy in the UK, deputy minister Ivo Marinov’s, and the ministries head of marketing Anelia Genova’s hopes of altering public perception, not using communications channels could be a fatal flaw.

Out to lunch socially, how can Bulgaria really grow tourism?

Since Travel Weekly wrote about the new initiative back in October, Bulgaria’s official travel site has seen a loss of visibility, rather than gains. Their clickstream seems to show an increase from Facebook and a bit more traffic from Google search, but no real banner improvements of note. Last Monday, our friends over at Travel Daily News International covered the new iniative as well, but aside comments from the WTM by Bulgaria’s Minister of Economy, Energy and Tourism, Mr Traycho Traykov, the news carried no additional details really.

Known for great beaches and ski destinations, Bulgaria has lagged behind other European destinations wehre cultural and historic travel are concerned. And to put it bluntly, this simply should not be. The possibilities within Bulgaria for extraordinary travel experiences is actually quite astounding. We have often reported on this and other aspects of Bulgaria travel. Interestingly, even though we have contacted the ministry directly, any number of times, we received no release or comment since Argo began covering Eastern Europe. In fact, Argo Travel News, for searches in English of Bulgaria and travel, ranks higher than almost any other website in the world.

On to the current situation with Bulgaria’s website, which is supposed to be upgraded with more content and media, a superb multimedia brochure is here, but as far as we can tell, not much else has been implemented since we last investigated the Bulgaria site. As for Facebook engagement (950 likes only and in Bulgarian), their video via Facebook (speaking to Bulgarians and not UK travelers) below, Twitter with one tweet and 38 followers,

In a cruel world, one beset with economic and business challenges of immeasurable difficulty, Bulgaria’s industry leaders should understand what branding can do for business. Just how the country expects to climb out of the perception East Europe is some third world backwater – while engaging so, leaves this writer clueless. The YouTube channel below pretty much says it all – “We finally read some articles about using digital channels to convey Bulgaria.” This is only about two or three years late. 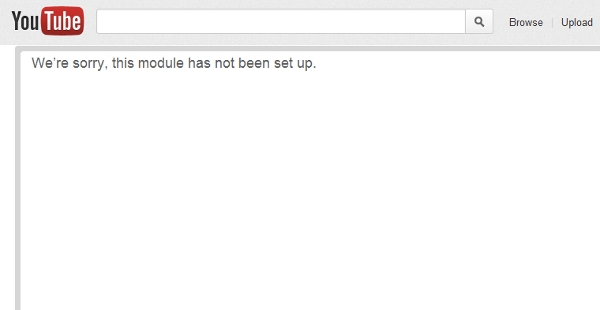 Travel Daily News International’s coverage suggested Bulgaria has committed over $150 million to beefing up the country’s heritage sites, but their beefing up of PR and online engagement seems – well, unfunded totally save booth space at WTM. Heralding Bulgaria as a spa destination? Our own news covers Bulgaria better than Bulgaria covers Bulgaria. I’m just saying, there’s no reason for Bulgaria’s spa and ski destinations to not be overbooked now.

So, just where will the budget for Bulgaria’s new UK image land? In all likelihood, on a massive ad campaign. The bad news for anyone carrying out such a campaign is, without all the channels, a lot of Bulgarian Lev will leak out of Sophia’s coffers without maximum effect. We will keep you appraised on this campaign and on other East Europe travel moves.

A last note. Just so everyone in Bulgaria reading this knows. It takes about 3 minutes to set up a YouTube channel. And, you had better investigate G + as well.