With the FIFA World Cup hitting Rio Brazil has become the stage where the world gathers to play out maybe the greatest game in all sport. Soccer (football) carries with it, in these championships, the hopes, and vivid colorful dreams of billions of fans.

Starting tomorrow with the Brazil versus Croatia match at Arena Corinthians in Sao Paulo, the sport’s fans can congregate over a super kickoff to FIFA 2014. But today internet users can feel the customs and culture of Brazil using Google streetview. 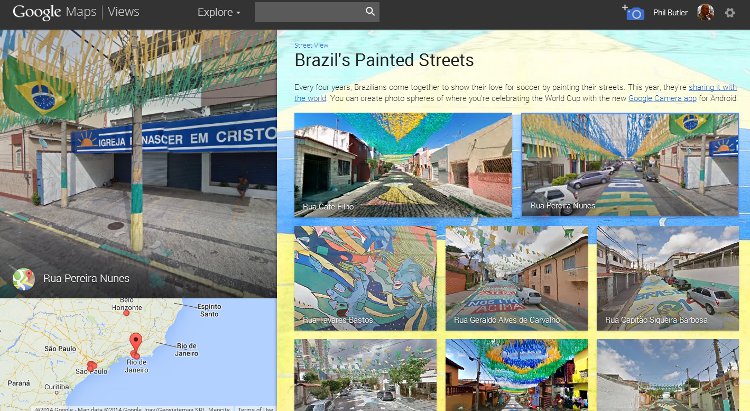 Exploring Brazil, in this way, is maybe the best way of “being there” without actually flying to Rio. At least where using a PC or tablet is concerned. Check out walking along Rua Tavares Bastos via Google below. You don’t have to be a visionary to fantacize about a future where real time interaction on such media will be possible. The Brazilians actually have painted the streets and the world of FIFA passion we’ve heard about. 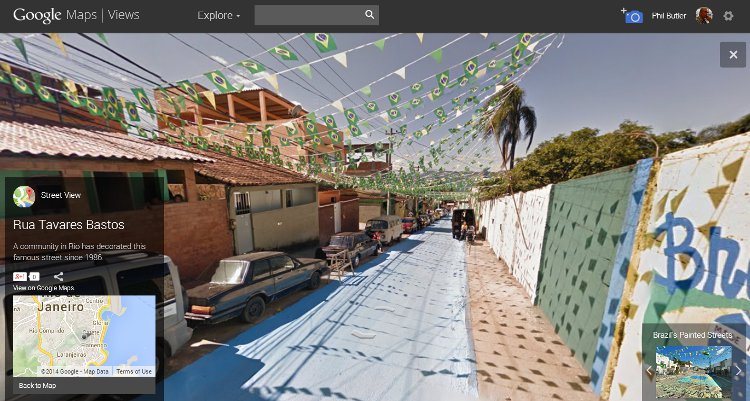 Turning up Rua Américo Brisa, two distinct and very emotional images come to mind if you are a football fan. First, maybe the world’s greatest footballer, Neymar da Silva Santos Júnior (@neymarjr) dominates a street mural set amid what is the second paradoxical soccer reality. Walking the streets of Brazil, seeing the passion of the people there, it’s poignant to take note that the poorest people on Earth seem to have the most heart. This was symbolic in South Africa too. 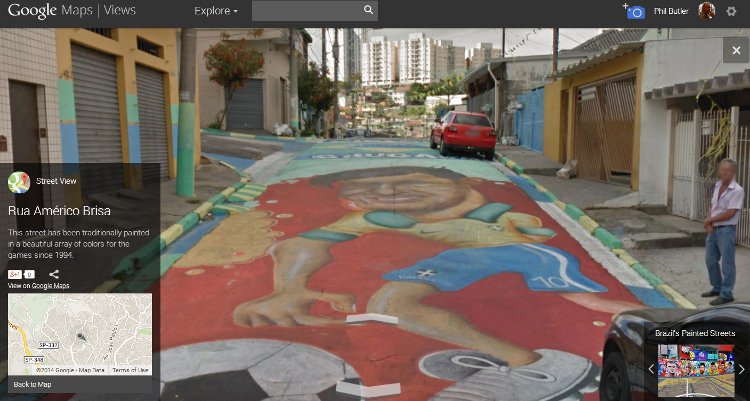 Of all the tools Google or any tech company provides us with, Google maps and streetview, Google Earth too, may be the true wonders of the early 21st century. The capability to take us anywhere, to show us anyone or anything on our planet, and to do it interactively, this is one of humankind’s greatest achievements of the last 20 years. Enjoy the colorful people and streets of Brazil, and root for your favorite team at the FIFA World Cup

What If the Secrets of Keftiu Could Rescue Humanity’s Future?
Odd Christmas Traditions Around the World
The Connectedness of Beauty: A Secret of Crete Few People Know
Visit Greece – The Nation That Put the Elderly Last In A Crisis
Previous: Aeroflot’s Low-Cost Carrier Dobrolet Starts Commercial Flights
Next: Venice: “Floating Dream City”