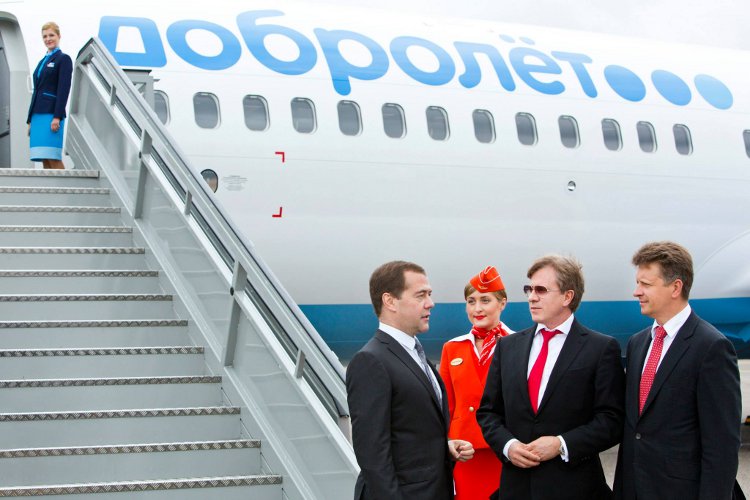 Aeroflot launched a low-cost carrier project to achieve its strategic goal of increasing the availability of air travel for Russian citizens and to further develop air travel as the most efficient form of passenger transport in Russia. The new carrier was named in honour of a predecessor of today’s Aeroflot – JSC Dobrolet.

The low-cost model is based on maintaining tight control of costs, particularly on some elements of service. As a result, Dobrolet’s transportation costs are 20%-30% lower than classical established carriers, and may be further reduced in future.

Simferopol is Dobrolet’s first key destination, with four daily flights to the Crimean city contributing to the transport integration of Crimea with other regions of Russia.

In August, Dobrolet will launch flights to St Petersburg and Samara. The route network will subsequently expand to other Russian regions, and from 2016 Dobrolet plans to fly to international destinations, primarily in Europe and the CIS.

The new airline’s fleet will consist of new Boeing 737-800NGs in one-class configuration designed to carry 189 passengers. By the end of 2014 Dobrolet will operate eight aircraft.

Dobrolet plans to increase its fleet to 40 aircraft by 2018, operating 45 routes and carrying more than 10 million passengers.

“Our budget carrier Dobrolet is a project of a strategic importance not only for Aeroflot Group, but for the whole country,” said Vitaly Saveliev, CEO of Aeroflot and Chairman of the Board of Directors of Dobrolet. “Support from the President and Prime Minister played an important role in helping us launch this project by approving regulatory amendments that cleared the way for the development of a competitive low-cost transportation in Russia.

“The low-cost carrier business model is in high demand worldwide and especially in our vast country, as it gives millions of Russians with average income the opportunity to fly, significantly increases personal mobility and thereby contributes to the country’s social and economic development,” Vitaly Saveliev said.