A Texas judge has ruled that Sabre Holdings Corp. cannot stop American Airlines (AMR) from seeking a court order to bar Sabre from diminishing the position of AMR’s flight listings. American is seeking an injunction to stop Sabre from listing the airline’s flights beneath competitors routinely. While AMR has won the most recent court round, passengers may lose in the end.

Bloomberg reporters Tom Korosec and Mary Schlangenstein outlined Fort Worth judge Don Cosby’s decision early this morning. According to their story, Cosby rejected Sabre’s argument that federal law negates Texas state law and the court’s authority in the case. The broader implications of the case reflect just how competitive the online space has become where travel is concerned. The so called “Online Travel Wars” have proven costly for the industry and travelers. Basically, American Airlines has been trying to cut out middle men like Sabre and others, so far unsuccessfully, I might add.

Travelers who book their tickets via so called OTA’s (online travel agents) like Expedia and others, pay for what amounts to a “commission” for the OTA. Obviously service providers like AMR, when times get tough, would rather reduce all costs – this is where the “battle” for online ticket sales began. The Google – ITA acquisition, Orbitz, Expedia, FairSearch, a whole matrix of vested interests have chips in the game. At the end of the tunnel, is whether or not OTA’s provide enough worth (revenue) to be paid for their visibility and services. For AMR it is obvious the company would rather passengers book via them – now the tide has turned and AMR wants fairness after the fact. 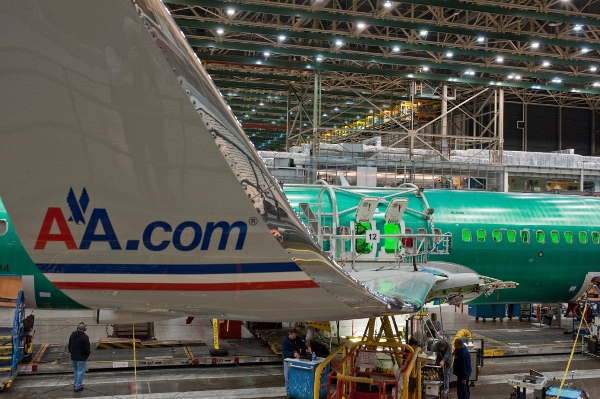 American Airlines has filed suit against the world’s largest global travel distribution company, Sabre, and leading OTA Travelport as well. In other actions, US Airways has also file versus Sabre, on similar grounds. Anti-Trust investigations are becoming the trend, and  whether the defendant be Google or Sabre, the expense is largely carried by the consumer. American sold about $7 billion dollars worth of tickets via Sabre in 2010, consumers must be thinking; “Sabre did their job, what’s the problem?” What is the problem?

Is price the determininant here?

On the face of it, an Argo test of Travelocity for a flight from Atlanta to Frankfurt here in Germany shows US Airways listed above AMR for what appears to be price (image above). Trying to book via American Airlines’ website for a similar trip came out to about $60 more overall, interestingly. Without going into a full fledged flight comparison, it would seem these court battles are over pennies amplified across a vast sales matrix? Clearly American and Sabre’s bean counters are arguing here. Another tidbit of interest here, when booking via US Airways home site, the price was exactly the same as Travelocity (as below)?

This news from Texas reveals a far more complicated and impact-full series of business dealings. Even now Google faces subpoena over anti-trust aspect being investigated by the FTC (check the image top). The massively profitable travel industry is going through what can only be termed a metamorphosis. The myriad companies vying for touristic and travel dollars  are in effect fighting for their own survival – and nothing less. An unfavorable ruling for one company will translate into many millions in potential loses at the least, and even solvency in the worst case. We will continue to follow these proceedings as they develop.

Can Airbnb Continue to Expand as Before?
Hopper Taps Into Hostaway Client Base in Lastest Strategy Move
AI-Powered Pathfndr Announces a Slew of New Features
“Wheel the World” Hurdles Travel Barriers for Travelers Using Tech
Previous: Tough Love for Mother Russia: Stop the Touristic Horror
Next: Singapore Airlines and Spain Tourism Board Buddy Up