Albania is confident of securing greater investment from the Middle East, following the successful visit of a high level delegation from the Al-Imtiaz Investment Group in Kuwait, which travelled to the Balkan country as special guests of Albanian President Dr. Bamir Topi.

President Topi himself was on hand to greet the delegation upon its arrival at the Presidential Palace earlier this week, alongside Foreign Affairs Minister Fatmir Cela and Edmond Chacha, Albania’s ambassador to Kuwait.

The delegation was met by dozens of Albanian ministers and business leaders during its stay. Among these officials, the Al-Imtiaz representatives met with Adrian Fullani, Governor of the Central Bank;  Sokol Dervishaj, Deputy Minister of Economy, Trade & Energy; and Aldo Bumçi, Minister of Tourism, Culture, Youth & Sports. 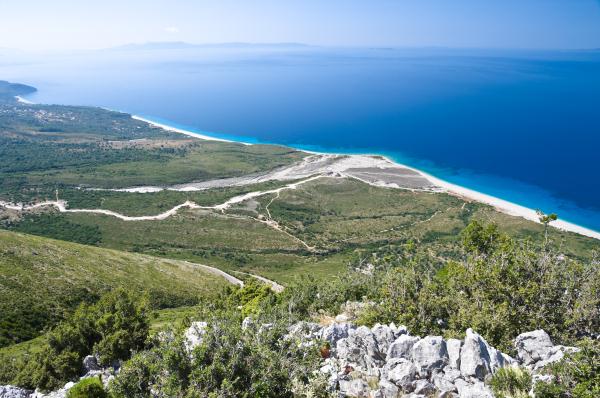 Mr. Al-Abdulrazzaq told the Arab Times that the visit to Albania came following a special invitation from the country’s president, with the goal being to explore potential investment opportunities in the country. He revealed that the delegates had came away with a very good impression of the country and its investment potential, stating that Al-Imtiaz Investment Group would now carry out an in-depth study to identify which opportunities are best suited to foreign investment.

Meanwhile, Al-Imtiaz vice chairman Al-Gharaballi was less guarded, admitting that he had found many interesting opportunities during the visit which merited further investigation. He pointed out that Albania is in many ways an ideal venture for Dimah Capital, which specializes in finding safe yet rewarding investments for its clients, including Al-Imtiaz.

In a further sign of the delegate’s successful visit, it was revealed that President Topi met with executives of the Al-Imtiaz Investment Group during a three-day visit to Kuwait by Albanian business leaders, which was headed by the president.