The Blessing of Sheba and the Aksum Obelisk

Around the world, so many rich cultures can be linked to fantastic works de magnificence.  One such object in Ethiopia, the Aksum Obelisk, a 1700 year old wonder, returned to that country. The monument, an ancient remnant of the Kingdom of Axum (and ancient Ethiopian civilization), was taken back to Ethiopia from Italy, and restored some years back. What Benito Mussolini thought enough of to transport to his country, Ethiopians now enjoy again in their country. The Aksum Obelisk is a pointer, an indicator of a legendary culture of immense importance. That is, if we can imagine. 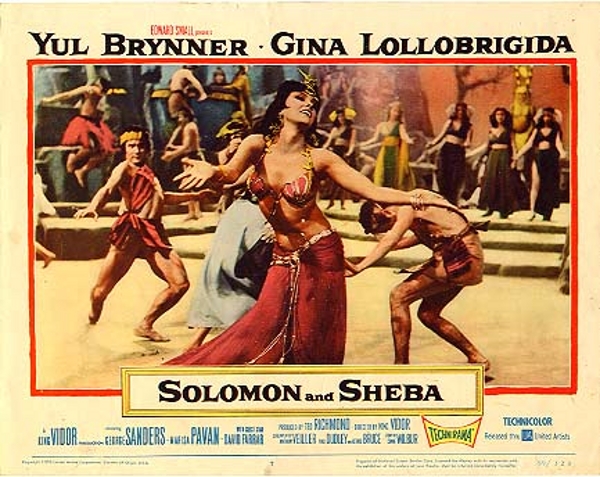 The 78 foot tall (24 meter) monument, taken to Rome by Mussolini’s forces back in 1937, was met with cheers on its return and unveiling back in 2005. Priests blessed the monument that once commemorated Italy’s conquering of Ethiopia.  Even though the UN pressed for Italy to return the monument for decades, it took some 50 years for the agreement to be honored. Italy actually forked over over $10 million just for the fright for the return, a massive good PR move on their government’s part actually. 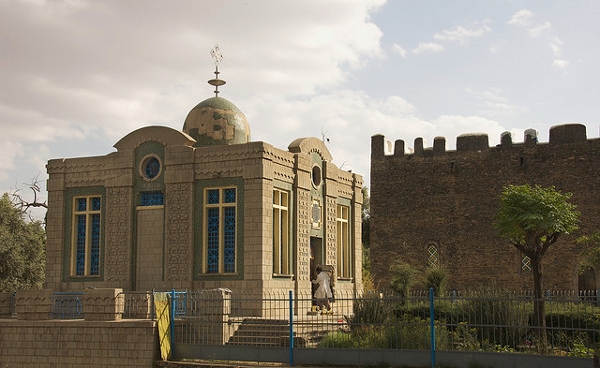 Chapel of the Tablets, Axum - courtesy A. Davey

For those who do not know, Axum was a thriving ancient hub for trade over 2,000 years ago. The Auximite civilization was the envy of much of the ancient world too. It was here that the legendary Queen of Sheba, who gave birth to one of Solomon’s sons, ruled a mystical empire of her own. It is said too, that because of Sheba and their son together, that the famed Arc of the Covenant may actually have its hidden resting place in Ethiopia. As you can see, Ethiopia’s past is marked with fantastic historical significance.

Where the “Arc” legend goes, Ethiopia’s cultural roots seem inextricably tied to Axium and Biblical history. Ethiopians rightfully think of themselves as decedents of this great civilization. One reason 2005 was a time for great rejoicing. The Axum Obelisk’s return, while some may consider the event only “interesting” – is quite important actually. 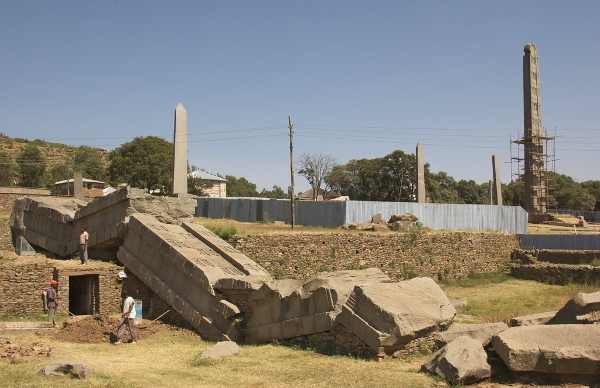 In the news this week, Meles Zenawi’s intention to build five dams along the Omo River there, have met with opposition for the same reasons people there cheered their lost Axium monument, culture and history lost forever is no reason to cheer. UNESCO called for a halt on dam construction to try and save anthropological and archaeological treasures of inestimable worth, only recently. Zenawi, Prime Minister of Ethiopia, has has played an crucial role in shaping the “New Ethiopia” – but he has also had to deal with even more crucial controversy because of his government’s policies. Damning up rivers for a burst of economic traction, while eroding a people’s heritage forever – this is not exactly 21st Century thinking. Hydroelectric generation has done as much damage worldwide as it has good. 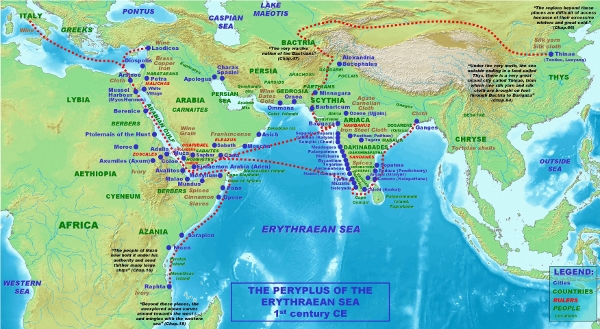 Recent archaeological discoveries in Ethiopia suggest the Queen of Sheba and the Kingdom of Sheba stretched as far as Arabia. Mankind’s traditional view of  Ethiopia, and the antiquity of all Africa, has been skewed, many experts believe. For one thing, not being able to affirm or categorize biblical stories is just one hidden gem damning rivers and other projects may destroy forever. Ethiopia has a heritage that can be traced back more than 10 Centuries BC. If this were your birthright, would you build a skyscraper on top of it? Next to it? Flood it under a sea of water for antiquated electrical production?  We’ll let you answer that.

Three years ago, Germany archaeologists found what they say is a temple of Sheba, and evidence the Arc of the Covenant may have been located at Axum.  According to a Fox News article back then, Professor Helmut Ziegert, of the  University of Hamburg,supervised a dig at Aksum in Ethiopia. A quote he gave Fox reads in part:

“The results we have suggest that a Cult of Sothis developed in Ethiopia with the arrival of Judaism and the Ark of the Covenant, and continued until 600 A.D.”

Ziegert’s contention is that he and his team found the Queen of Sheba’s 10th Century BC temple and palace beneath Axum. Already many experts suggested the tablets and the Arc of the Covenant were stores in the chapel (second image from top). For Ethiopia though, this story is about a history as true as the fantastic fantasies of Hollywood. The video below is part one of a fascinating special entitled “Searching for the Queen of Sheba” – the YouTube video is in two parts. A nice viewing.

Campspot Publishes the Top Outdoor Travel Trends for 2023
Ideas to Make the Most of Your Visit to Phuket
Trends Say Americans Guarded Over Travel 2022
27 Inspirational Travel Quotes to Fire Up Your 2022 Travel Bug
Previous: Vilnius Christopher Summer Festival This August
Next: Saveology Hits Boston with Daily Deals