The Business Travel Coalition has offered some helpful advice to airlines that find themselves struggling to pay fuel bills and also please their customers.  According to Kevin Mitchell, BTC Chairman, airlines are facing a potential backlash from angry customers who are fed up with increases in airfares and hidden ancillary fees. 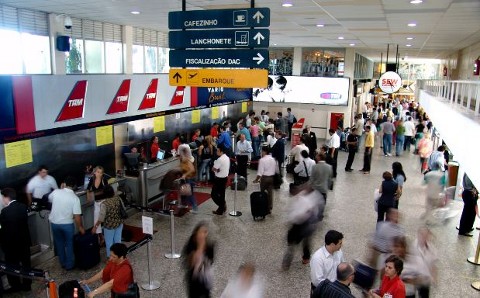 Airlines around the U.S. recently reported $1 billion dollars in first quarter losses, largely due to rapidly-increasing jet fuel prices. By increasing airfare prices seven times, they managed to reduce the deficit a little, but they are hoping to continue increasing fares to offset growing fuel costs.  All of this, Michell says, has doubled the cost of tickets.

The problems are likely to expand for airlines as corporations begin to cut back on travel spending due to increased fares and hidden fees, which will further put airlines in the hole.  BTC suggests a solution that will benefit airlines and their customers.

Although oil prices continue to rise, travel agencies are willing and ready to sell airline services through the low-cost transmission system for fees dissemination, making use of the Airline Tariff Publishing Company.  26 airlines and 3 reservation systems have already successfully tested the system, and it would cost airlines no more than $3,000 per month.

“This solution would provide rapid acceleration in growth of fee revenue, mitigate consumer anger in the marketplace thus supporting demand, and show regulators in Washington and Brussels that airlines are listening to their customers,” Mitchell implored.

Will airlines listen and take steps that are better for both them and their customers?  That remains to be seen, but their own survival may depend on it.