Will Ryanair Snap Up Cyprus Airways? 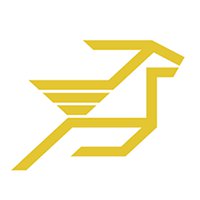 News that Ryanair’s Michael O’Leary may be considering Cyprus as a Middle East with an expected acquisition of Cyprus Airways has Europe airlines buzzing. The top low cost player, may take a bite out of territories of AirAsia, Air Berlin, and even Air India Express.

O’Leary went to Cyprus just  last week to submit a take-over proposal for  Cyprus Airways, a move he said would put the airline and Cyprus tourism back on track. The government owned airline has weighed down the country a bit, sapping €100 million or more in state aid these last months. According to O’Leary, if he does take over the Cyprus Airways brand will remain in tact, but there is no word on other possible Ryanair changes that would be made.

Bidders for Cyprus Airways have until next week to offer non-binding proposals for acquiring the airline. A short list of bidders will be decided upon after the proposals are examined September 30. Some other’s interested in Cyprus Airways are;  Lebanese airline MEA, Israel’s Arkia and Romanian carrier Blue Air.