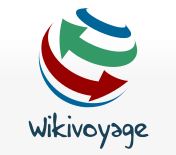 A number of reports are suggesting that the Wikimedia Foundation is preparing to launch its own travel website later this week, which is expected to become a direct competitor to the popular WikiTravel website.

With a similar look and feel as the original Wikipedia site, the encyclopedic Wikivoyage differs in that it focuses solely on the travel niche, with pages on destinations, itineraries, phrasebooks and more.

Speaking to “The Colbert Report” on Comedy Central last week, Jimmy Wales (the founder of Wikipedia) said that the company saw Wikivoyage as its chief priority for expansion this year.

“Soon we will have a travel site; we will soon see how it goes,” Wales told the presenter.

Wikivoyage had what’s known as a ‘soft launch’ several months ago – a beta version of the site has been live since September, with more than 26,000 articles providing information on attractions, getting around, where to eat etc., already available in the English language version of the site. As well as this wealth of content, the site is compatible with desktops, smartphones and tablets, meaning that it already appears to be a worthy competitor to many of the other big travel sites like Lonely Planet and Frommers.

What’s interesting however is the way the site has been designed – in traditional Wiki-style, closely resembling that of the popular WikiTravel site (except without the ads) that many mistakenly believe is ran by the same organization as Wikipedia (it isn’t).

Naturally, Wikitravel operator Internet Brands wasn’t all that happy to hear about its new competitor. PC World reports that Internet Brands were so enraged at two former employees who ditched them to work on the new site, that they filed two lawsuits against them, alleging unfair competition and intellectual property theft in a criminal conspiracy.

WikiTravel attempted without success to have Wikivoyage taken offline, provoking the Wikimedia Foundation to hit back with its own suit, seeking a judicial declaration that WikiTravel cannot disrupt, block or impede the new project in any way.

WikiTravel: Upset that their copied design has been copied :)

Legal proceedings are yet to be concluded, but it looks like there’s no stopping Wikivoyage from going live in the meantime – in which case, we can expect that users (and search engines) will ultimately decide who wins.