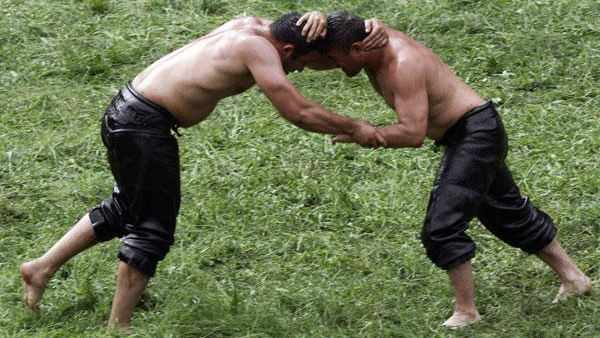 Kirkpinar Oil Wrestling Tournament, the 94th on Dave Freeman's list of 100 things to do before you die. 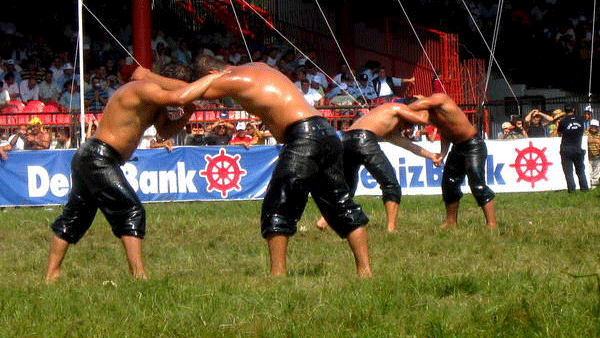 The Semah, Alevi-Bektaşi ritual was shaped around the religious figure of Ali – the fourth caliph following
Muhammed the Prophet. It is a circling ritual dance (semah) performed by both women and men. The Alevi are an Islamic religious, sub-ethnic and cultural community, who practice a religion based on love and respect for all people, tolerance towards other religions and ethnic groups, respect for working people and equality of men and women. As bearers and practitioners of semah tradition, Alevi-Bektaşi communities are existent all across Turkey, having concentrated in certain regions with different names. Semah is an inseparable part of the Alevi central worship service – the cem. Men and women dance together, turning and swirling, accompanied by the bağlama 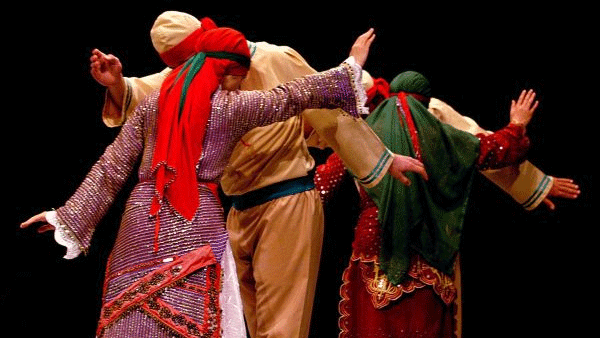 Trukey’s third proposed entry on the UNESCO list of intangible heritage this year are the traditional Sohbet meetings (Geleneksel Sohbet Toplantıları). The meetings are generally held in special places in the gardens and orchards of the province, as a way to pass the long winter nights. Although “Traditional Sohbet Meetings” meetings have different names in different regions of Turkey, they all have the same function. In a discipline of teach and delight, the primary aim is to have conversations and talks in leisure times. “Traditional Sohbet Meetings” talks, through the concepts of love, fellowship, brotherhood and respect for each other, ensure safeguarding and conservation of traditions as well as creating a sense of neighborhood.

Turkey Wildfires Are the Worst Ever – Experts Say It’s Only the Beginning
Turkey Opens 2,900-year-old Altintepe Fortress to Tourists
Panagia Sumela Monastery Frescoes Vandalized in Turkey
The Troy of Legend Now Thought to Be Much Older
Previous: Three Treasures from Croatia Proposed for the UNESCO List of Intangible Heritage 2010
Next: Air Astana Extends Eastern Europe and Asia Reach