Travelport is denying it holds a monopoly over flight data distribution. Courtesy of Top News Travelport has filed for the American Airlines lawsuit against it to be rejected

Travelport is denying it holds a monopoly over flight data distribution. Courtesy of Top News

The Travelport flight and fare information portal has asked the US Federal Court in Fort Worth to dismiss an antitrust lawsuit filed against it by American Airlines, claiming that its purpose is solely to gain leverage over them in contract negotiations.

The lawsuit is just the latest action in a growing confrontation between global distribution systems such as Travelport and some major airlines in the US, who disagree about who should control information about flights and fares given to travel operators.

American Airlines want to use its own proprietary technology and bypass middlemen such as Travelport.

Filing Travelport’s response to the lawsuit yesterday, the company stated that “The antitrust lawsuit is not genuine as it was not brought about by consumers affected by artificial or excessive price increases.”

“In reality, this is nothing but an opportunistic lawsuit initiated by a powerful company that just wants to further its already considerable bargaining position.”

The lawsuit against Travelport, and a similar suit brought against Orbitz Worldwide Inc., was issued in April this year. American Airlines say that Travelport are working alongside Orbitz (of which Travelport has a 48% stake) to create a monopoly on flight information, and that it is just retaliating because the airline is trying to push for its own technology.

Both companies strongly refute the allegations.

“American Airlines feel that the conduct displayed by Travelport has not only harmed us, but has also hurt the American consumer as well, and this is a violation of our federal antitrust regulations,” announced the airlines spokesperson Ryan Mikolasik.

Travelport, who are based in Atlanta, argue that there is no proof of American Airline’s claims that they are trying to exert a monopoly influence on the distribution of flight and fare information to travel operators. 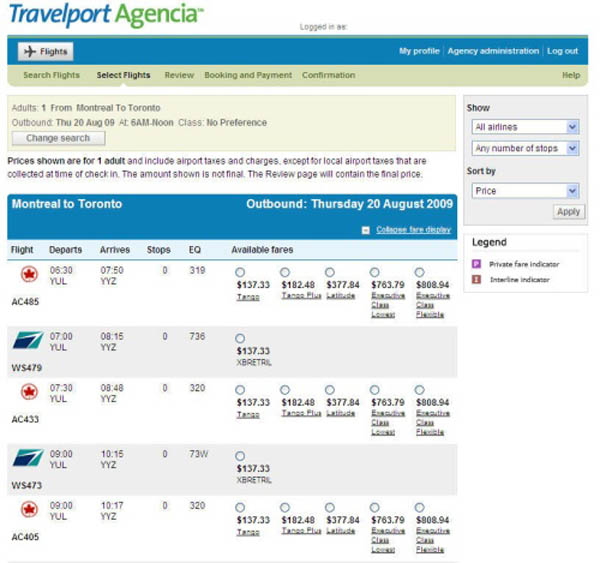 They also claimed that American Airlines are attempting to bully them by removing tickets from Orbitz, a move which has cut the online travel portal’s market capitalization by half.

Travelport will no doubt feel they have a strong case because of a recently initiated investigation by the Department of Justice, which is probing possible antitrust violations by other global distributors. Travelport’s argument against American Airlines is likely to resemble the arguments that firms like Galileo, Worldspan and Apollo will make against the DOJ investigation.

Another telling sign may come from the response of Sabre to a similar antitrust lawsuit initiated against it by US Airways, which alleges a GDS provider conspiracy.