The Return of Romania’s King 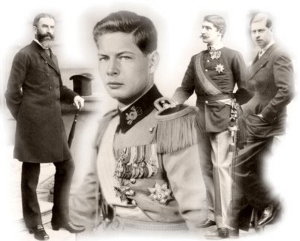 In the news this morning, King Michael I of Romania, the monarch who abdicated his throne back in 1947, is to address Parliament in Bucharest today. In honor of the former king’s 90th birthday, Romania’s Liberal Party invited Michael to speak and celebrate the auspicious occasion there.

King Michael of Romania, forced at gunpoint and the threat of mass executions to abdicate his throne by the new communist leadership, was actually the last leaders who reigned during World War II. The great-great-grandson of Queen Victoria, third cousin of Queen Elizabeth, will reportedly sit at Parliament upon a throne-like seat, as apart of a supposedly “symbolic” gesture of respect and celebration.

After the appearance, King Michael, officially His Majesty Michael I King of the Romanians, will be joined by members of Europe’s royal families at a gala concert at the Romanian Opera, followed by a private dinner affair. Amid some rumors of Romania returning to a monarchy, officials there content these events are only out of respect for the country’s former ruler and their heritage. Current President of Romania, Traian Basescu, who Thoroughly dislikes the king, will reportedly not attend his speech today. 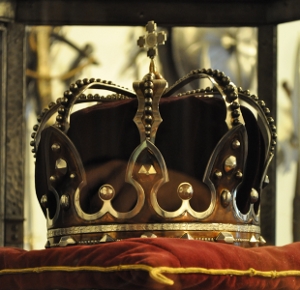 Regardless of political affiliations or opinions, the man who will address Parliament later today is the last ruler to wear the “Steel Crown” – forged at the army arsenal (Arsenalul Armatei) from a captured Ottoman gun barrel at the orders of King Carol I. Steel was chosen to exemplify the courage of all Romanian soldiers who fought for independence in the late 1800’s. Micheal, whose duaghters are not technically eligible to succeed according to the old Salic laws, actually has privately decreed a revision of these old laws which the reader can see via this PDF.

Romania’s economic situation, despite some renewed FDI and positive movement, still lacks the essential tax base necessary for growth, according to some experts. Austerity measures there, combined with graft and corruption issues some suggest are endless, still hound efforts for rapid recovery. It will be interesting to see how those most affected by economic upheaval receive the “return of the king” to the land once called Dacia.