Floods of epic proportions are affecting several regions in Thailand, including the capital, Bangkok. The death toll from the flooding that begun in August in the north, has already killed 356 people since July 25.

According to an update on 21 October 2011 by the Tourism Authority of Thailand, while the flooding is having some impact on tourism, most key tourist destinations and attractions throughout Thailand have not been affected by the floods and almost all remain open, including Bangkok. Things have changed during the weekend, unfortunately for the capital. 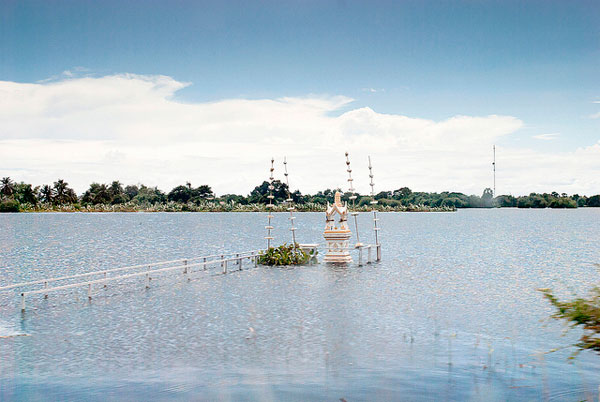 Ayutthaya has been the only tourist destination widely affected by the floods, but unfortunately, despite initial assurances that the capital would escape the floods, more recent reports show that Thailand’s catastrophic floods may take up to six weeks to recede and that Bangkok is already affected, despite local efforts to fortify defense walls to protect two key industrial zones. The flooding has already hit central provinces and those on the fringes of Bangkok, where water levels have reached as high as three meters, with vehicles completely submerged and some residents believed to be stranded in their homes – Reuters reported.

The flooding will continue in the next four-five days, possibly reaching Thon Buri and Nakhon Pathom’s Phuttamonthon, the Bangkok Post informed. According to the publication, “worse is to come, as water from the Central Plains puts increasing pressure on the city’s outer flood barriers and inner city canals, potentially leading to flooding across many major districts in the city.” The Bangkok Post Learning keeps the public up-to-date with messages on its Facebook page, accompanied by images. 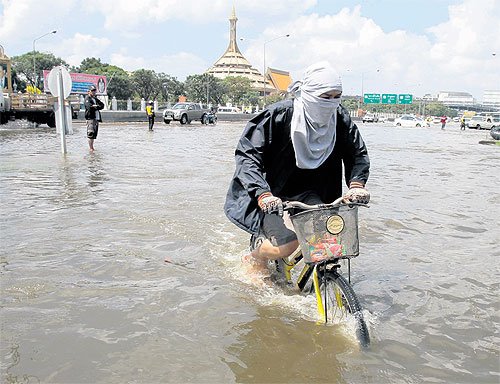 Thailand derives a significant portion of its revenue from tourism, and the floods are already affecting other areas of the economy as well. Farmland has been damaged, as well as exports from Pathum Thani, Nonthaburi and Ayutthaya where several industrial estates have been closed down.