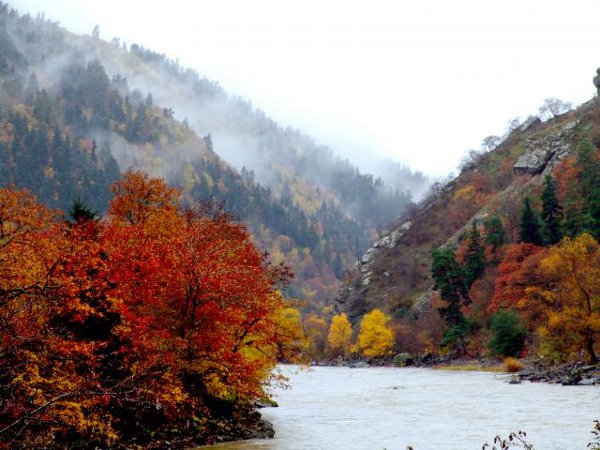 Yesterday a friend, an expect on Russia, the Black Sea, and surrounds, forwarded me some fascinating photographs from the Library of Congress. Reportedly, they are perhaps the oldest color photos of a warehouse at the company of the same name. You see, Borjomi is the trademarked name of a company in Borjomi, Georgia and the capital in Tbilisi, the capital. The photo below, taken between 1905 and 1915, is of the mineral water warehouse there in Borjomi. 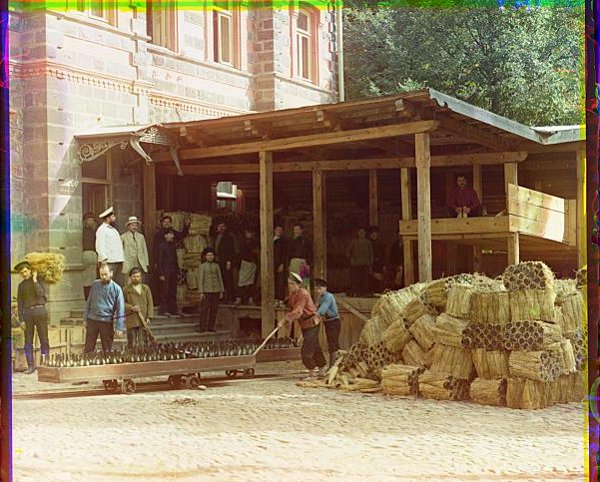 What’s fascination about this place in the Caucasus is not only the pristine volcanic waters of the place, waters once exported via wagon to Moscow and beyond, but the history of what was one of the world’s first modern resorts. Just shortly after Imperial Russia sent Grand Duke Mikhail Nikolayvich to be viceroy of the Caucasus, lavish hotels and a resort complex grew out of a garden spot not even accessible by railroad. Imagine this, if you will. A throng of vacationers venturing to Miami Beach, in wagons or by sea, on horseback. Now that’s a desirable destination! 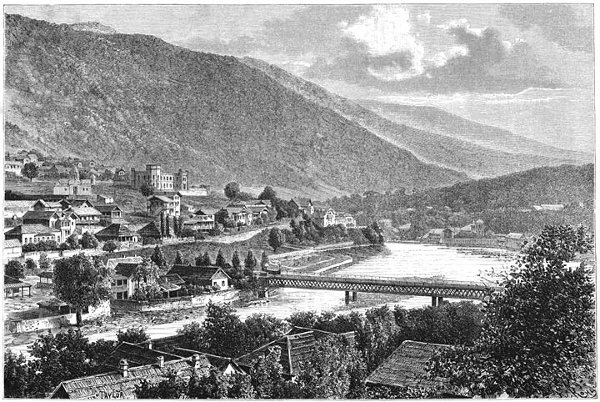 Since 1894, when Mikhail Romanov built the bottling factory in the mineral water park in the city, the rejuvenating powers of this crystal water was poured into royal goblets across the globe. For 50 years the name Borjomi was synonymous with healthy, clear, almost magical water. Then World War II, the Cold War, and a period of relative obscurity for this fabulous place on planet Earth. The short commercial video below from Borjomi shows a bit of just how amazing Georgia is.

Make no mistake, Russian leaders never stopped drinking Borjomi at breakfast, lunch, and dinner, it’s just that Stalin’s quests were probably not as predisposed to take home the name of a Georgian product as say, Nicolas Romanov, for instance. Georgia, Russia herself, suffered a bit of austerity where world products came to be. Then, miraculously, the 60’s came along and modern marketing drew people in some 15 countries around the world (including the US) to need a drink of Borjomi.

Sadly, this era or prosperity ended in the early 1990’s, once again leaving the world thirsty for the pure waters of the Caucasus. 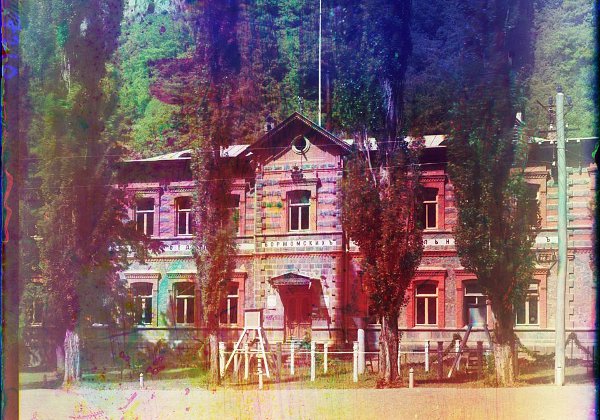 More recently, this part of Georgia became noteworthy for an Olympic tragedy, one which I covered quite extensively. Olympic luge competitor, Nodar Kumaritashvili, was killed at Vancouver when he was thrown into a stanchion at the Whistler slide complex at the 2010 games just hours before opening ceremonies there. Not many know too, Borjomi was a candidate for the 2014 games to be held farther North in Sochi, Russia, but was eliminated early on as a contender by the IOC.

As for the marvelous waters of these mountains? Georgian Glass & Mineral Water Co. N. V. has restarted the Borjomi legacy once again. Now, you can even visit the Facebook profile of Borjomi, their website via the links given, see for your self a Georgia history I know you never knew of. Hey, you can even get the same water Vladimir Putin probably drinks at Kremlin affairs! I leave you with another image from Borjomi’s wonderful history. 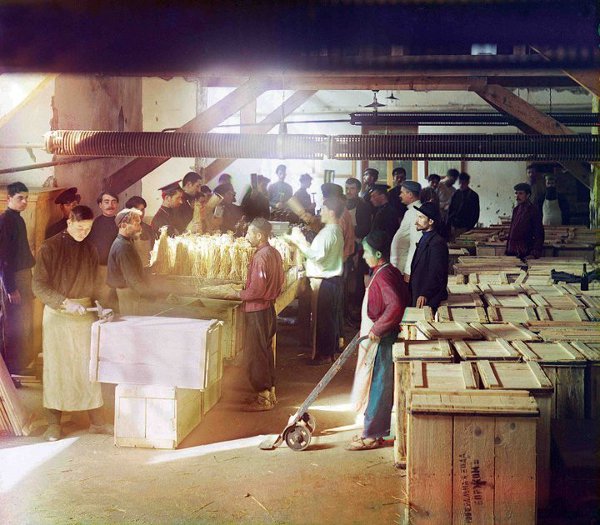 Early workers at the Borjomi warehouses

More information about Borjomi the company can be obtained via IDS Borjomi International here.