Ten Things You Must See and Do on Serifos Island

If you fantasize of a virtually untouched Cycladic paradise, one of Greece’s most beautiful and authentic destinations awaits you. Serifos Island, the legendary island of the Medusa is just a short ferry ride from bustling Athens, but Greece’s best-kept secret may as well be lightyears removed. Serifos is ideal for families, romantic couples, and the adventurous of spirit as well. For those interested in traveling off the beaten path a bit, here’s a short list of adventures to get into on this grand Greek isle. 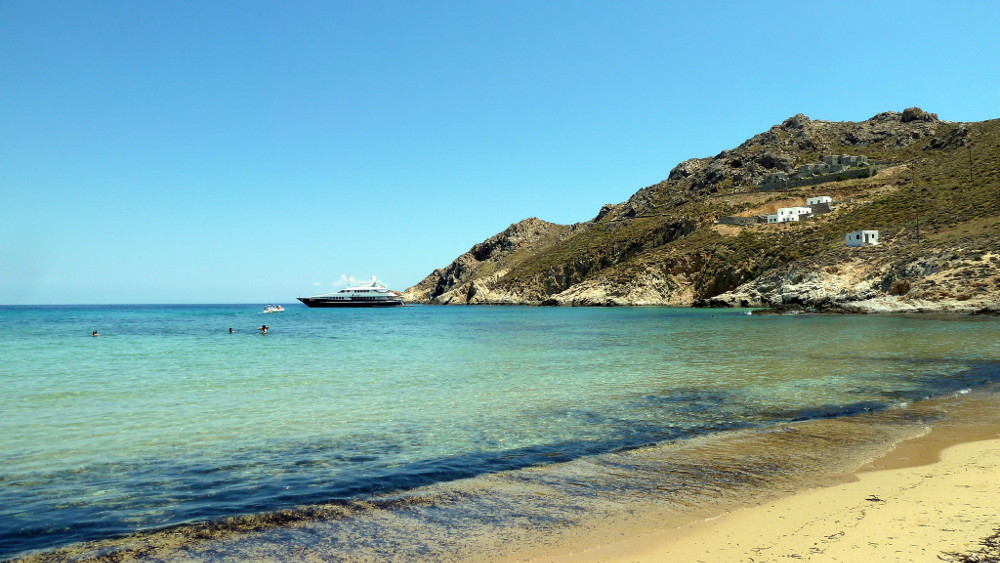 One of the most famous beaches on Serifos, Psili Ammos is just a couple of minutes by moped from the port of Livadi. Famous for its soft golden sands (ergo the name), and for crystal waters and as a yachting anchorage, the spot is a bit unfortunately quite crowded in Summer. However inconvenient this may be though, no trip to the island could be complete without a visit here. The spot was named “Best Beach in Europe” in both 2004 and 2009. 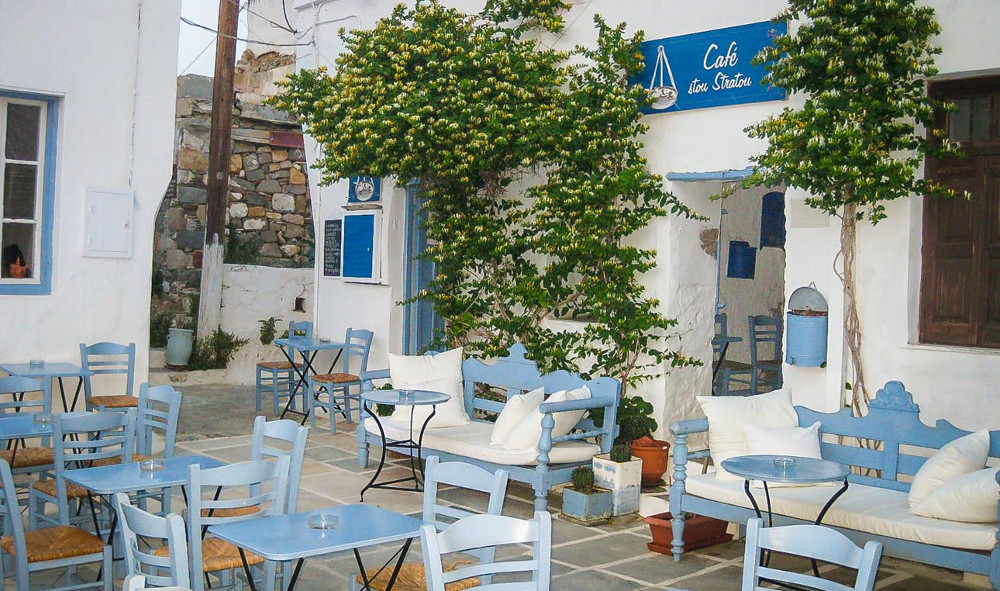 Situated on Pano Piatsa, the central square of Chora, Sou Stratou is right out of a travel magazine. The neoclassical houses that surround, it’s array of colorful chairs, and that first toast with Raki clue you as to the charm of this cafe and this island. The eatery is rated #3 on TripAdvisor, but it’s better positioned at #1. The owner’s attention to detail knows no bounds, seriously. The place even closes during the hottest parts of the days as both a smart hospitality strategy and as an adherence to tradition in these islands. 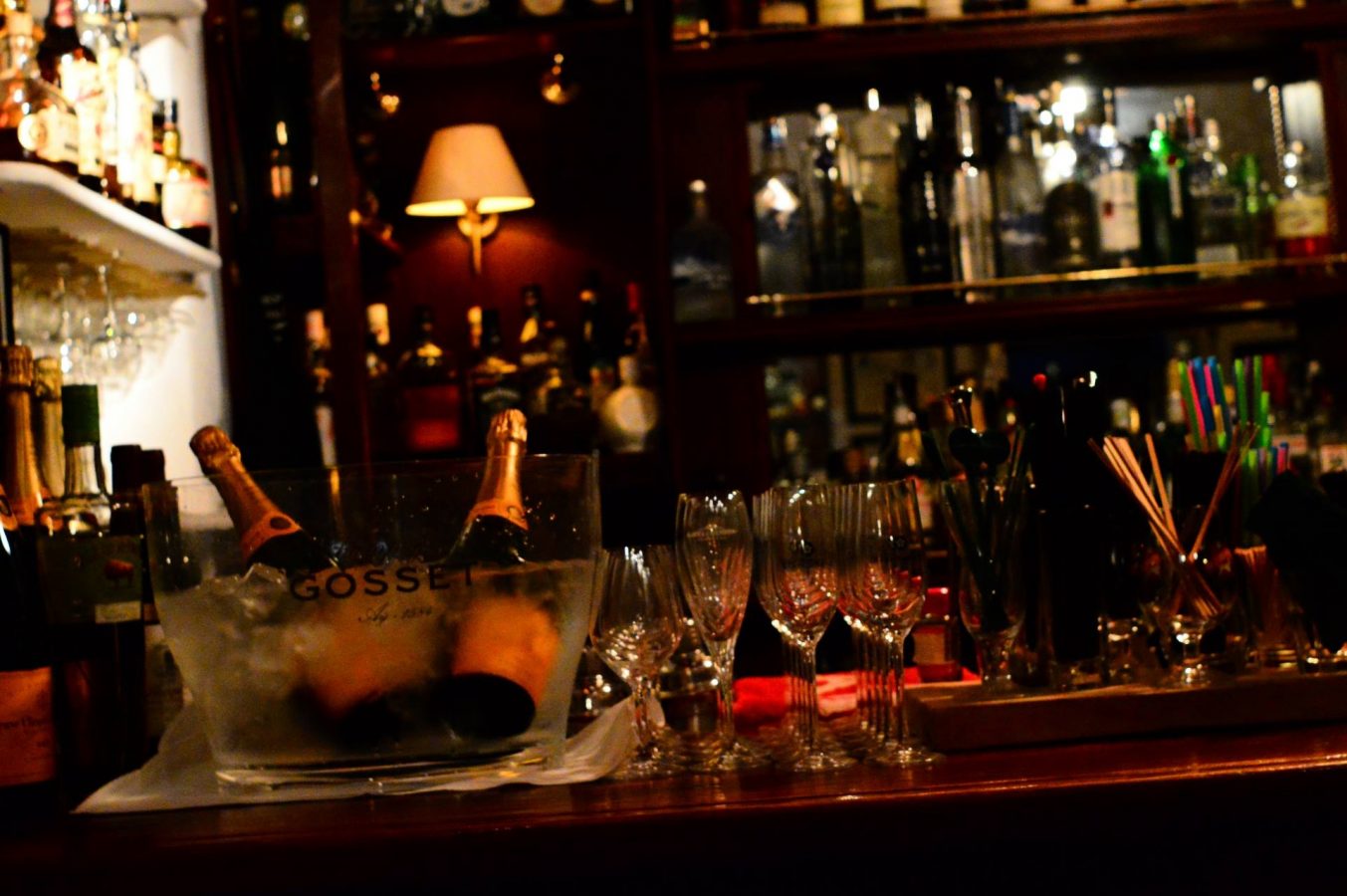 This beautiful bar at the dock of Piso Livadi’s port is a favorite artist hangout where life can get as laid back or as sophisticated as one desires it. Tex Mex cuisine is the flavor of the food, and its certification as a Diageo World Class bar ensures your nightlife experience. Expect Jazz and Salsa rhythms and perfect cocktails at Brazil Port Bar, from morning until very late. 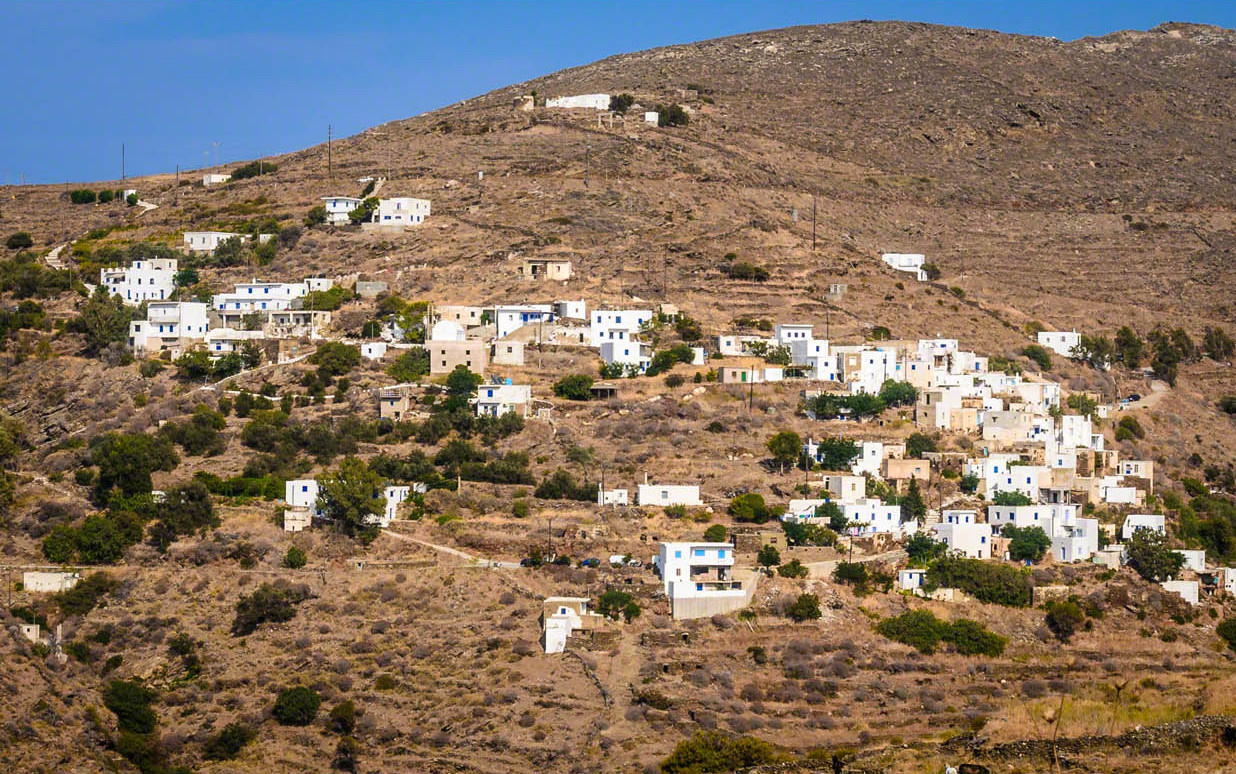 Located on the northern side of Serifos, the fantastic amphitheatrically built site of Galani gets its name from the ancient galena mines which are located in this area. A lovely settlement of whitewashed houses and narrow streets, the place affords a magical view out over the Aegean Sea and Sikamia Bay. 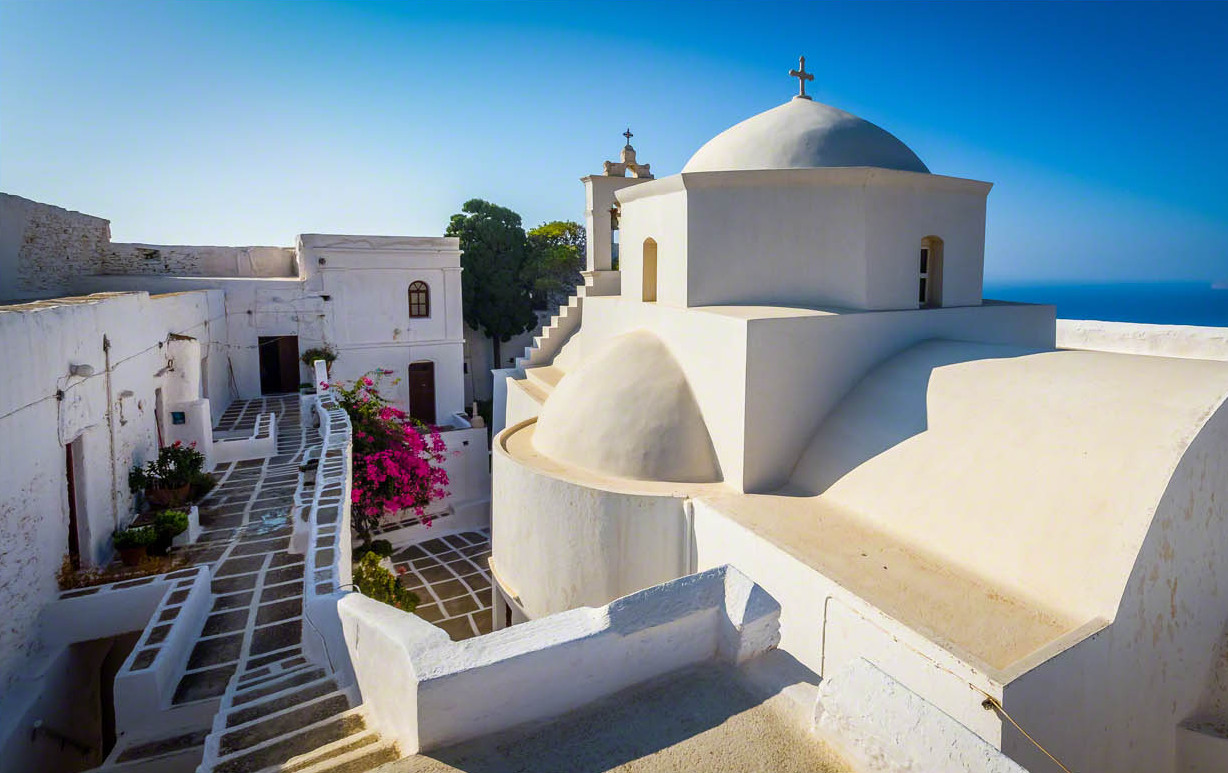 The Monastery of Taxiarches

Situated next to Galani, the Monastery of Taxiarches is an architectural wonder built back in 1572. With the characteristics of a fortress, the monastery served to house and protect Venetian wealth from local pirates. Dedicated to the archangels Michael and Gabriel, who are also the island’s patrons, has terrific frescos still visible today. The murals are said to have been created by Emmanuel Scordilis. The monastery is most famous for a relief of a two-headed eagle on the marble floor (1659), and for manuscripts. A visit here is worth your time, and Galini Village is a great stopover spot for sightseers. 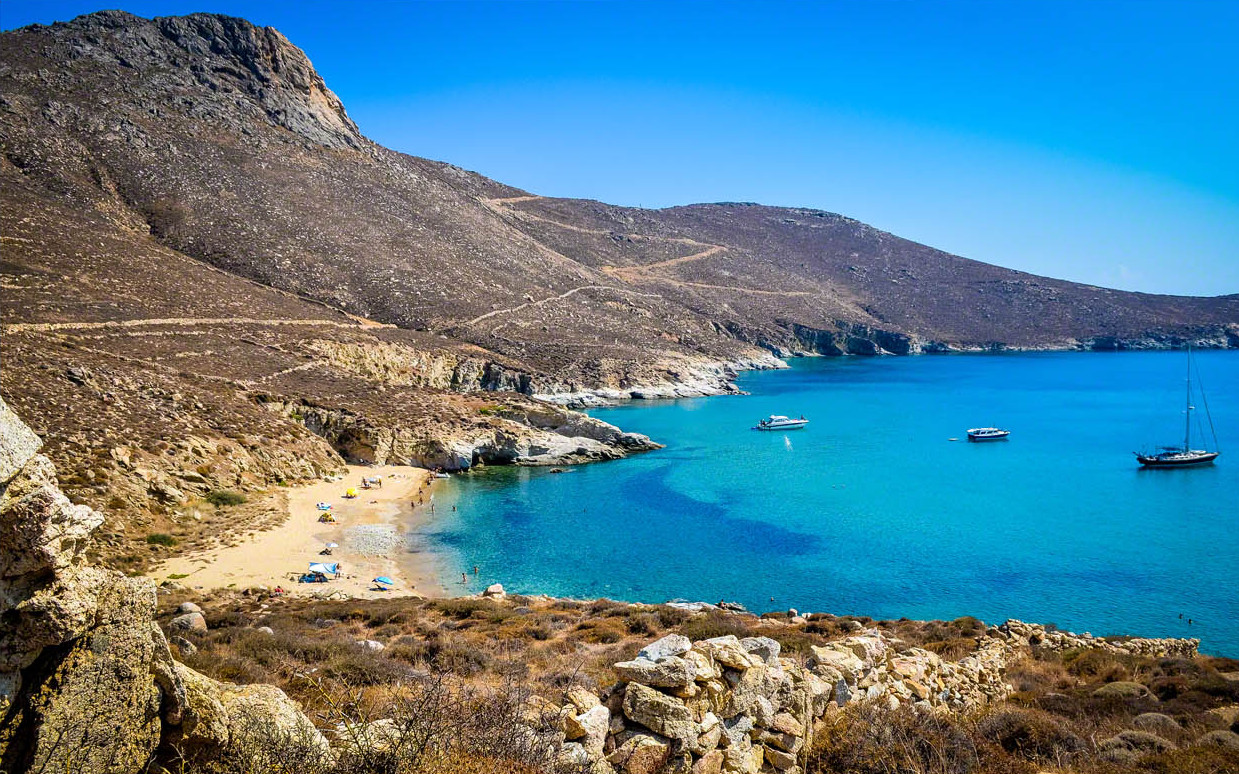 Kalo Ambeli is one of the most secluded and peaceful of Serifos’ beaches. Located in the south of the island, this beautiful beach is made up of flat sand and pebble areas, surrounded by wild and unspoiled nature. The beach is only accessible by foot, but the walk from the road is not so far down a lush ravine and past the chapel of Sotiras. Some visitors will want to enjoy they beach via boat excursion. This is one of the best beaches for those who wish to seclusion from the crowds and noise. A real “must” for sand and surf enthusiasts. 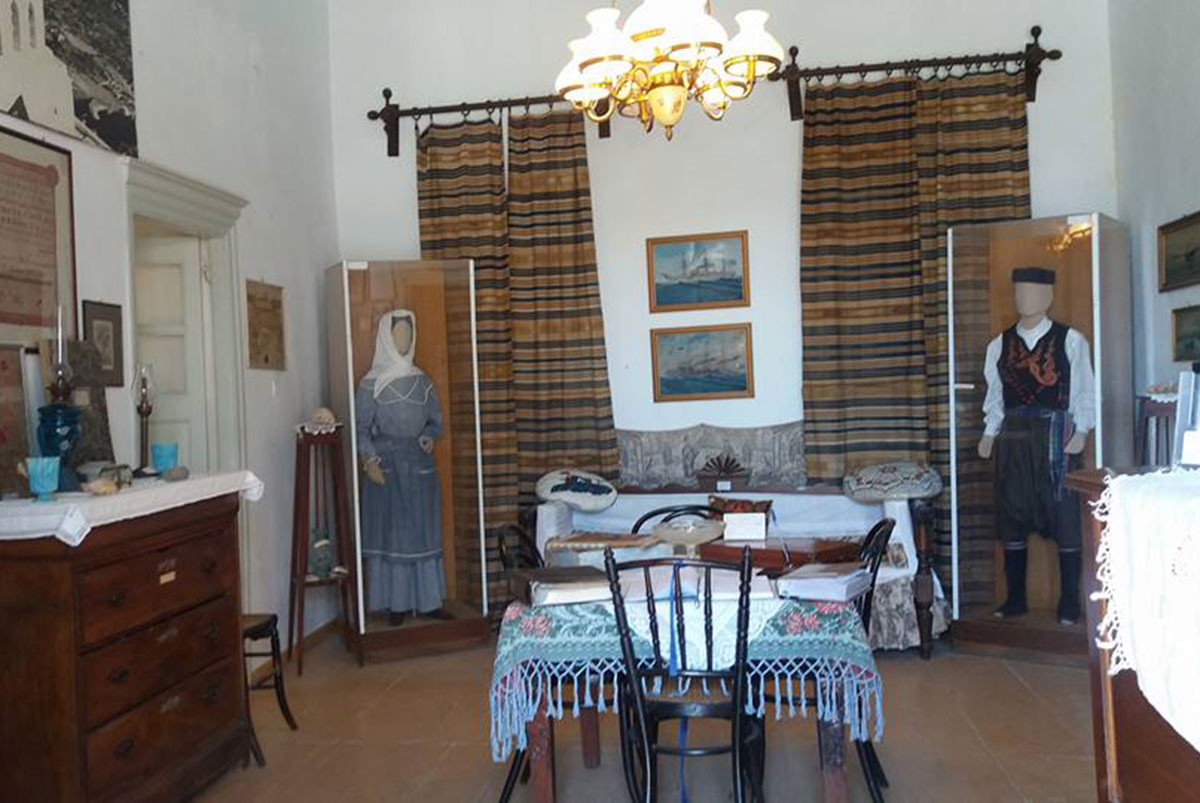 Serifos’ remarkable Folklore museum is one of the oldest such museums in the Cyclades. Housed in a traditional tenement building in the lower mainland, the attraction is a living exhibit of island tradition where visitors experience local textiles and costumes, furniture and old appliances, tools of everyday life, as well as items showing the historical wealth of the island. Various events held at the open air theater of the museum are also “musts” for those on Serifos at the right time. 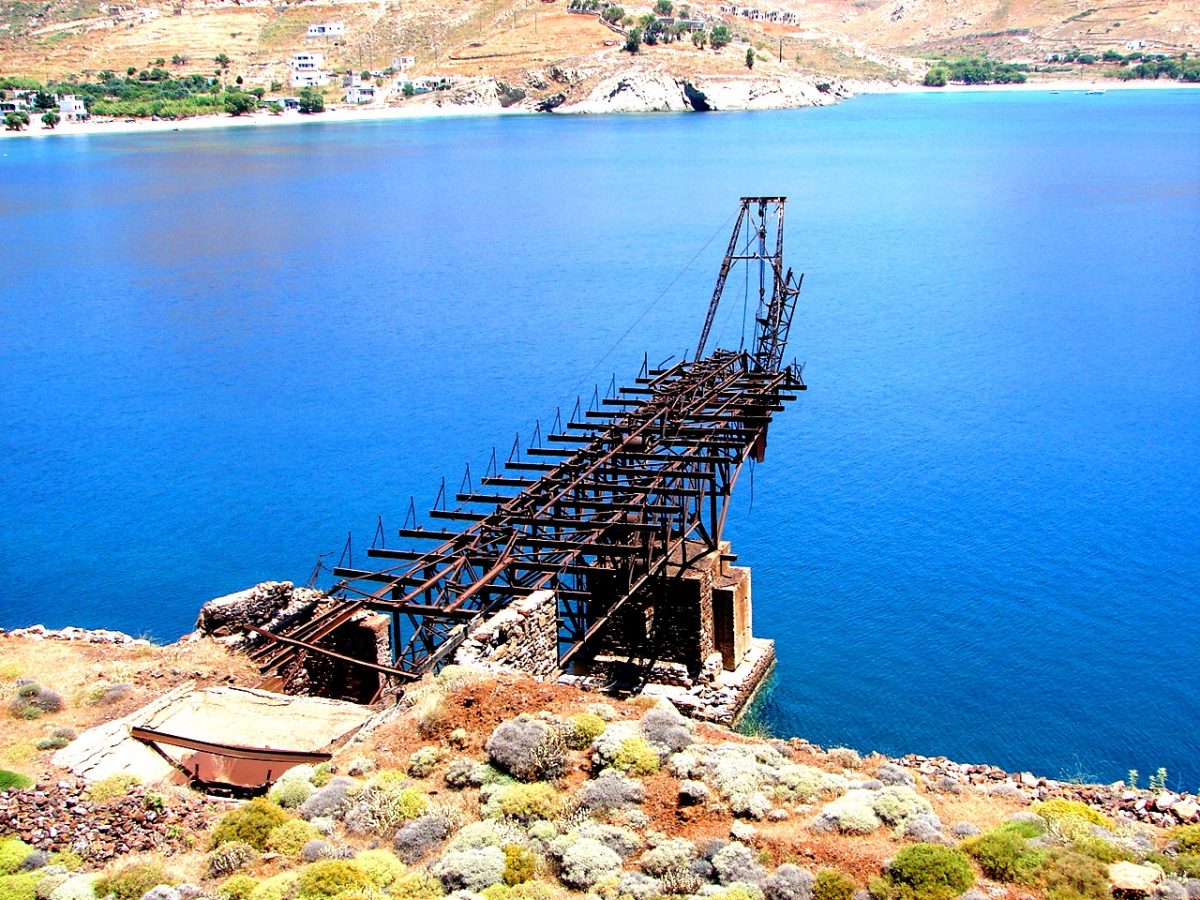 An old mine near Mega Livadi on Serifos – An. Antoniou CC 3.0

The mines of Serifos are a big part of the history of this fantastic place in Greece. Located mostly on the southwest side of the island (Koutalas, Megalo Chorio or Mia Chorio, Μegalo Livadi), these mines became a source of great wealth for the Gromman family from 1885 when Emilios Gromman contracted with the French company that owned the resource-rich lands containing iron ores and other minerals. Working conditions in these mines were very harsh, and according to historians thousands of workers lost their lives in the mine galleries due to the inhuman working conditions. A strike by miners on 7 August 1916 led to four miners and a detachment of police being killed. A monument to the four miners shot in this struggle is in Megalo Livadi. 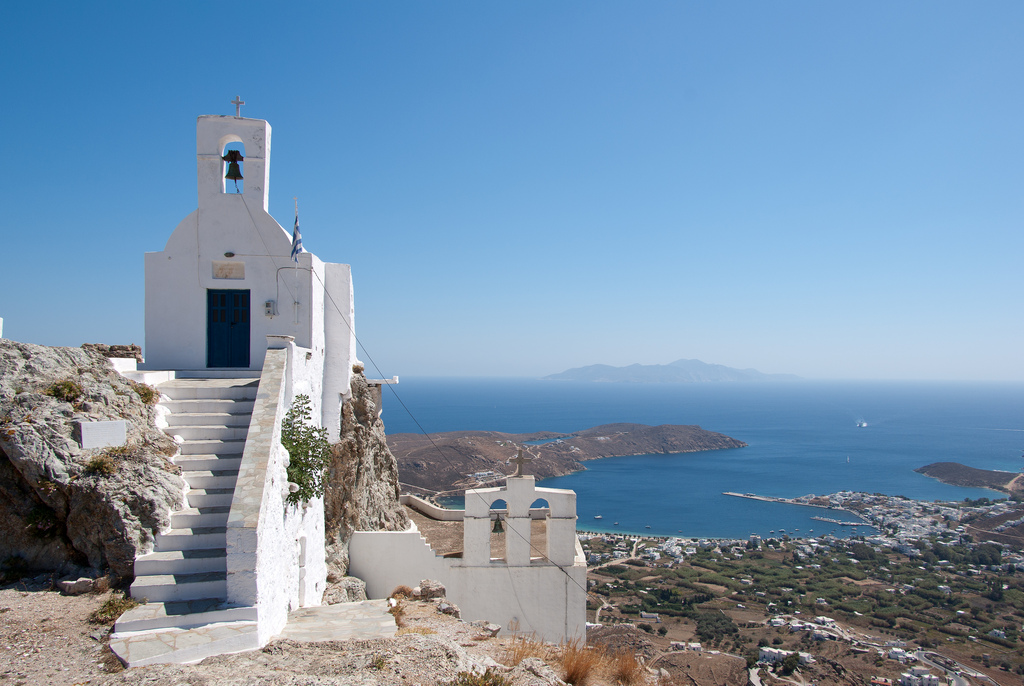 The Church of Agios Konstantinos

This church is noted for being built on the highest spot of Chora (251m.), from which visitors are witness to the incredible view of the Aegean Sea and of the nearby islands of Kythnos, Sifnos, Milos, and Kimolos. The sunsets here rival anything you will see on Santorini, so try and visit close to the evening. 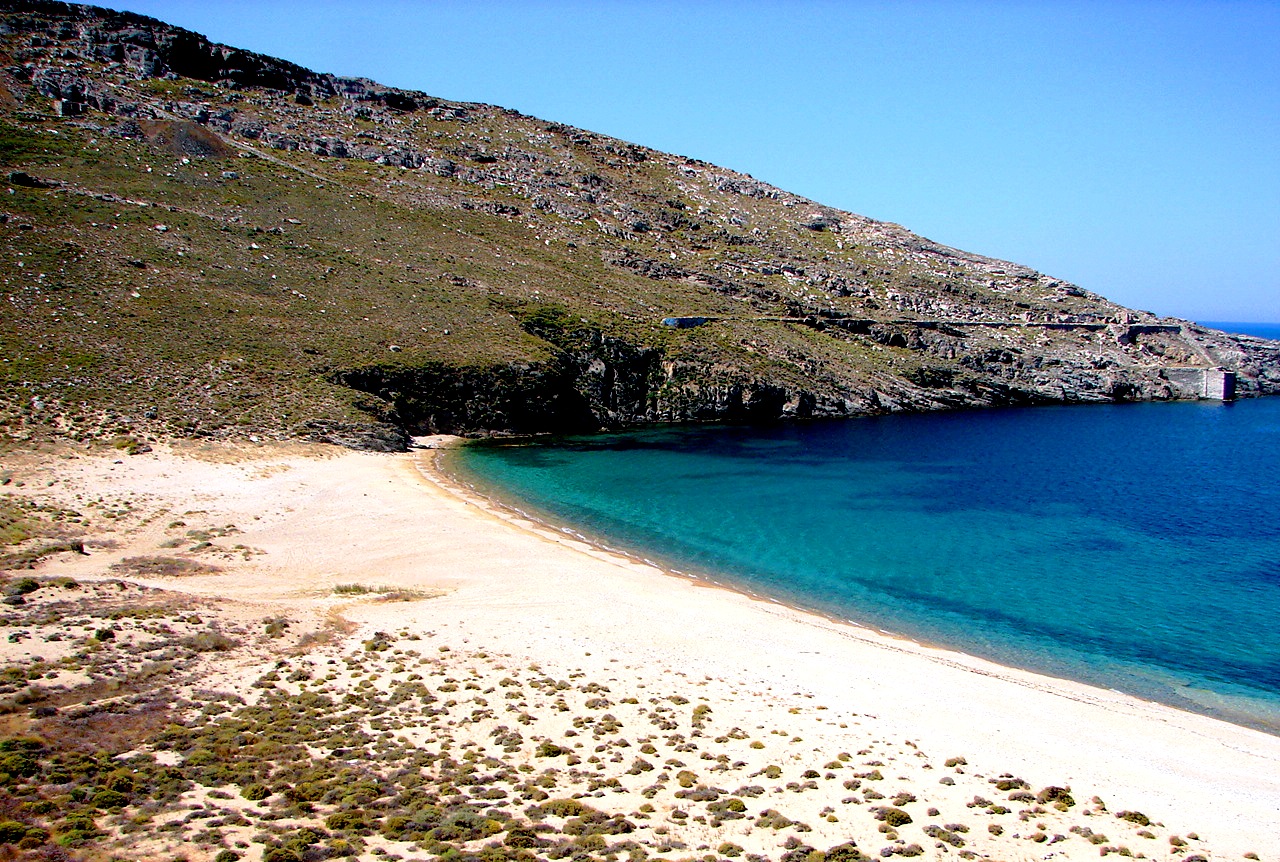 This is another of the island’s most beautiful and most secluded beaches. Made up or shiny pebble and sand, the beach is lined with shade trees that provide a respite from the blistering midday sun. One of the largest beaches on Serifos, this beach hardly ever gets crowded even though it is accessible by car. The beach is great for families since the water gets deeper gradually.