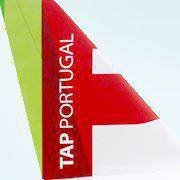 TAP Portugal, the leading airline operating between Europe and Brazil, and Brazilian airline GOL Linhas Aéreas Inteligentes, the largest low-cost airline offering the best fares in Latin America, are launching a business partnership to operate codeshare flights that will enable both airlines to offer more convenient services to their customers.

In this phase, TAP will offer several flight options to various Brazilian cities by adding their codes to flights in GOL’s domestic network, which includes connections between destinations already served by TAP in Brazil, including flights between Brasília and São Paulo, between Rio de Janeiro and São Paulo, and between Rio de Janeiro and Salvador among others. In addition to these connections, from today TAP is offering its customers a number of new destinations, including Teresina, Aracaju, Curitiba, Florianópolis, Iguaçu, João Pessoa, São Luiz, Goiânia, Maceió, Porto Seguro, Vitória and Campina Grande. The two airlines expect to extend this cooperation to a total of 29 destinations in the interior of Brazil in the future.

Currently TAP offers 81 weekly flights from Portugal to 12 destinations in Brazil: Fortaleza, Natal, Recife, Salvador, Brasília, Belo Horizonte, Rio de Janeiro, São Paulo, Campinas, Porto Alegre, Manaus and Belem. With implementation of this codeshare agreement, the airline will be able to offer a wider variety of destinations in Brazil under its own code. The GOL network includes 69 destinations, 15 of which are flights to other countries in South America, the Caribbean and the United States.

At the same time, both airlines will continue working toward linking their customer loyalty programmes – TAP’s Victoria Programme and GOL’s Smiles Programme – which will create a number of options for earning and using miles on the service networks of both airlines.

TAP believes implementing this codeshare agreement with GOL will allow the airline to respond better to its customers’ expectations in the Brazilian market, whose importance to the TAP network has grown steadily over the years.

From the original press release from TAP…