Steingenberger Hotel Group has just announced having added luxury lodging in Amsterdam to their list of high end accommodations in Europe. According to the news, the Frankfurt based company will take over operation of the Four Star Superior Hotel there, a property with 440 rooms near Schiphol International Airport.

On top of this announcement, Steinenberger will apprarently take over yet another International airport location when the company assumes control of the former Dorint Hotel Amsterdam-Airport on September 1, 2012. As for the Four Star Superior Hotel at Schiphol, those 400 plus rooms are situated near the fourth largest airport in Europe, and include; an executive suite, three restaurants, coffee and wine lounges, sports and media bars, a huge gym and health spa complex with pool, among the other luxury amenities. 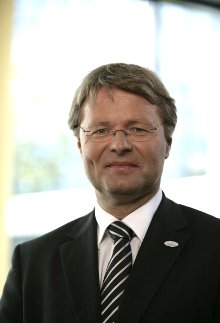 Matthias Heck (at right), CFO of Steigenberger Hotels AG, had this to add about the move to Amsterdam; “The Steigenberger Airport Hotel Amsterdam represents a strategic expansion of our presence at important transportation hubs in Europe.”

For some 80 plus years, Steigenberger has offered unparalleled hospitality and exquisite service as a leading European hotelier. The company’s published business strategy is; “Our corporate strategy is geared towards the development of sustainable competitive advantages. That is how we succeed in winning over our guests and keep them coming back to us.”

For more information about this Steigenberger acquisition, or about other Steigenberger business initiatives, we suggest visiting the corporate website. Alternatively, the reader may choose to contact the hotelier directly via: