Touring Zagreb to Find the Secrets of Grič

Zagreb’s tourist offer is enriched by an interesting night tour of the Upper town (Gornji grad) .

Visitors to Zagreb this Summer have a unique opportunity of enjoying the city at night. Zagreb Tourist Board and Katapult Promotion came up with an interesting night tour of the Upper town (Gornji grad – where Grič is hill) – Secrets of Grič. 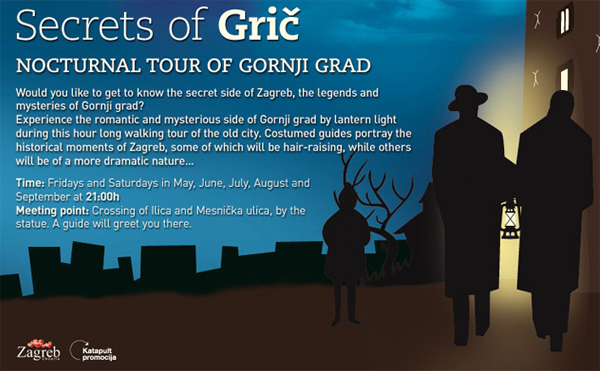 The tour was inspired by the novel “Grička vještica” (“The Witch of Grič”) by Croatian novelist Marija Jurić Zagorka, and tells the story of the city as seen by the writer. Each Friday and Saturday throughout September, starting at 9 p.m., visitors will follow costumed guides in a one-hour walking tour featuring city legends, love stories, and even spooky mysteries. Zagreb has hundreds of legends, even ghost stories, such as that of Manda, who still walks along the Grič rooftops, searching for the souls of her two brothers who were killed in a duel. 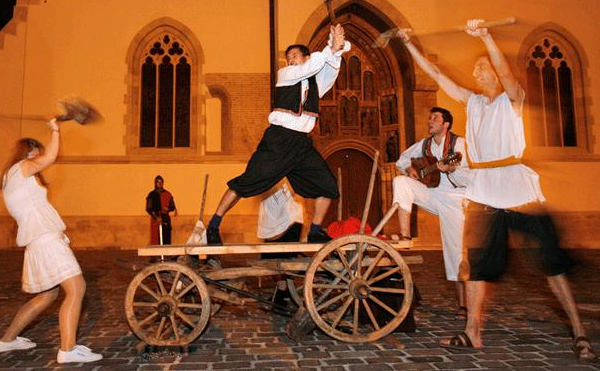 Scene from Secrets of Grič, courtesy Croatian National Tourist Board.

The tour is interactive, with actors presenting different aspects of the city’s past. Thus Manda will greet participants at the Lotrščak tower, while Nera and Siniša relive their spectacular love story again and again. You’ll see Siniša, disguised as a devil, galloping to save his beloved Nera from being burned at the stake. Then Zagorka will take you to the Stone Gate, to tell you the story of the great fire of Zagreb, when only a painting of the Mother of God remained unburned. 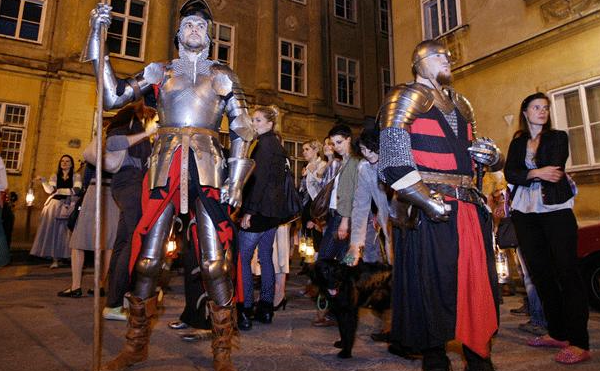 Scene from Secrets of Grič, courtesy Croatian National Tourist Board.

In front of St. Mark’s church, you will witness scenes form the Peasant Revolt of the 16th century, and see the tragic death of the peasant king, Matija Gubec. 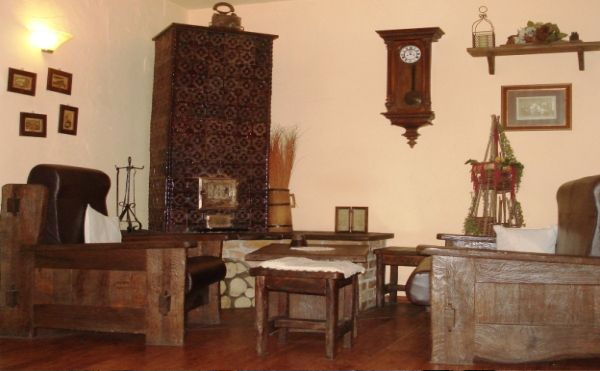 Klet Cinkuš - this is where the tour ends, with music, and excellent Croatian cuisine.

The tour ends after one hour, with refreshments at the Cinkuš cafe, and a live musical programme. participants receive a Licitar heart as a memento of an unforgettable evening. 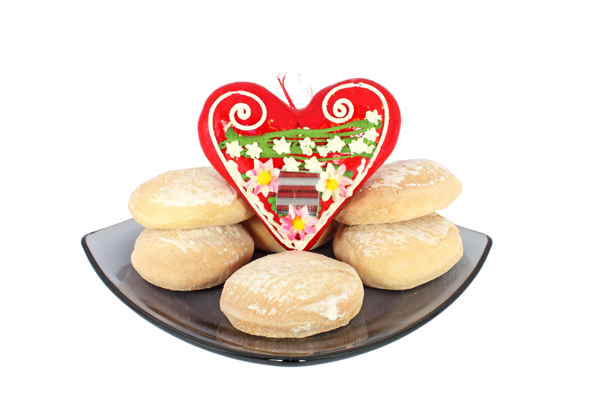