Taking place between July 20 and July 24 in Sanvincenti, Croatia, the International Festival of Dance and Non-Verbal Theatre is a unique event, featuring a varied range of activities from contemporary dance, theatre, mime and circus performances to street theatre, workshops and educational seminars. This year’s festival edition is based on multimediality in dance and on object theatre – a significant change compared with the previous editions. 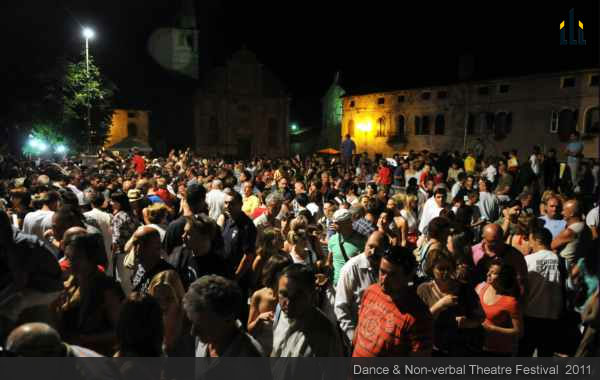 Gathering together the Croatian dance community as well as foreign performers in the beautiful renaissance town in central Istria, the Festival proved an incredible success, being accepted as a ramp connecting the Croatian dance scene with the rest of Europe.

This summer, the Dance and Non-Verbal Theatre Festival is set to take place in San Vincenti’s most charming areas, including the city’s square, the scene of the Cultural Center, Grimani Castle’s main stage as well as other venues in town.

Established in 2000 at the initiative of Snježana Abramović Milković – artistic leader of the Zagreb Dance Company, renowned dancer and choreographer – the open-air festival is dedicated to both professional and enthusiast dancers.

The westernmost area of Croatia has proven to be a wise choice, since during the summer months Istria becomes a lively destination among travelers from all over the world, attracting with its medieval villages, gentle rolling hills, beautiful beaches, seductive Mediterranean flair and good quality-price ratio.

Sanvicenti, originally called Svetvicenat or Savicenta, is a small medieval town situated in the center of Istria, 25 kilometers away from Smrikve. Distinguished mainly for its unique pieces of Renaissance architecture, the town is also famous for its festivals: Ivanje, on St John the Baptist day (June 24th), The Ethno-Jazz Festival at the beginning of July and the International Festival of Dance and Non-Verbal Theatre, July 20-July 24.