Ryanair has launched another direct route to Crete from the UK. Announced on Tuesday, the Bournemouth Airport flights to Chania in Crete will be a big boom for UK tourists and the Greek Island’s tourism industry as well. 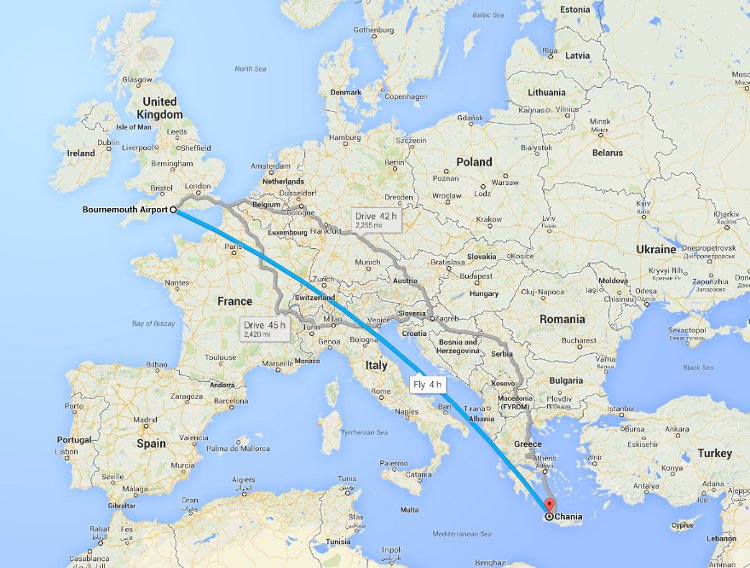 Ryanair’s Maria Macken offered this via the airport’s earlier in the year press release:

“Ryanair is pleased to announce a new route at Bournemouth to Chania which will operate on Tuesdays from 1st April. Passengers on the South Coast now have a choice 16 top destinations this summer including 2 Greek routes to Chania and Rhodes giving them more choice than ever on Ryanair’s low fares routes. Ryanair’s new Chania route will go on sale on www.ryanair.com tomorrow with fares starting from £35.99.”

Chania, the most popular and scenic city in the north of Crete,l is the second largest city on the Island. Located to the west, Chania is famed for it’s harbor and Old Town cultural heritage. The city was a former Byzantine, Venetian, and Ottoman stronghold, not to mention having been a port during Minoan times.

The four hour flight now puts one of the Mediterranean’s most beautiful destinations well within reach both economically and time wise.