Not every budding hospitality entrepreneur has heard of Ratan Tata, but for entrepreneurial spirit, they certainly should. News today about his Tata Group and his Indian Hotels Co. Ltd. reveal one reason Tata has been so successful. News of an Orient-Express acquisition bid signals a bell ringing play by the famous businessman par excellence.

A scant two months before he is scheduled to retire, Tata’s hotel company announces a $1.8 billion plus bid to acquire luxury hotels Orient-Express Hotels Ltd. The news is not exactly what anyone would expect from a magnate who might otherwise just like to disappear into the quite life. But Tata is not an ordinary retiree now, is he? While India Hotels shares dipped a bit on the news, Orient-Express rose by 40%.

Tata’s acquisition successes have previously been in overseas investitures such as New York City’s Pierre. As for domestic hotel moves, India Hotels has been a bit headed off at the proverbial pass by Orient-Express and others through the years. But Tata’s aiming at Orient-Express is probably a bid at winning over past disappointments combined with what really amounts to merging with another global player.

Orient has a global portfolio that  includes the 21 Club in New York, Hotel Cipriani in Venice, and even Sicilian marvel Villa Sant’Andrea, among many others. Other exotic destinations the group owns are reflected in at Hotel das Cataratas world wonder Iguassu waterfalls (below) in Southern Brazil. 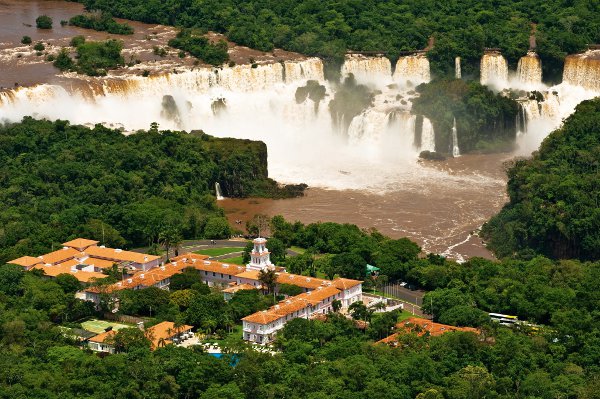 Tata (pictured at right), who is about to turn 75, is a dedicated bachelor and a bit of a jet setter to a degree. His affinity for sport cars is a bit reflected in the fact that one of Indian Hotels’ biggest backers is none other than Luca Cordero di Montezemolo, Chairman of Ferrari. All the news reports suggest Orient-Express as considering this bid a hostile one, but with at least six properties in Italy, di Montezemolo’s part seems pretty friendly. 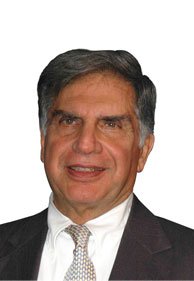 Despite the predictable fallout from Orient-Express over Tata’s and Charme II Fund’s bid, and offer of $12.63 per share in cash has to be under intense debate with Orient-Express’ shareholders. Tata and his partners are being advised by Bank of America Merrill Lynch, according to the news.

If the deal goes through the empire Tata has built will reach something of rather epic proportions. Indian Hotels has 99 hotels at 56 locations in India plus 16 international hotels including the aforementioned Pierre Hotel. Adding the 46 luxury hotels, restaurants, tourist trains and river cruise properties spread across 23 different countries would catapult India Hotels into a very elite group of hospitality players, maybe even into an exclusive spot.

Talk about a “feather in an entrepreneur’s cap” – and perhaps therein resides the story for Tata? Will he go out on a winning note? I am reminded of a short quote from football legend Coach Tom Landry; “A winner never stops trying.”