For visitors to Moscow, a fascinating look at the Russian capitol through the camera lenses of Moscow Times photographers is on exhibit through Wednesday. This is Moscow 1992-2012 is an exhibition at the Moscow Multimedia Art Museum highlighting two decades of unique perspective. 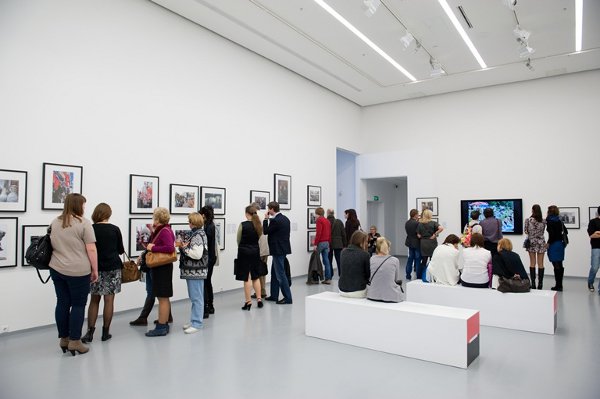 MOSCOW. TIMES. 1992 – 2012. PEOPLE. EVENTS. CITY LIFE. The exhibition is billed so, and from the standpoint of a newspaper of Dutch origins, in English, focused on Moscow, the last 20 years of this fabulous city’s history should be viewed from all angles. Apparently, the museum thinks so as well.

A small newspaper by international standards, The Moscow Times never the less made its impact felt, and at a crucial time for Russia actually. But the real story of this exhibition is the art, and the events captured within it. The journalists of the paper witnessed some of Russia’s most momentous and dramatic events.

For those who visit the museum to see the Moscow Times exhibition, MAMM has several other fabulous events running alongside. One in particular, RUSSIA. XX CENTURY IN PHOTOGRAPHS. 1918-1940, is a once in a lifetime chance to see this amazing country in award winning photographs from the period. The image below reflects a key point in Russia’s modern history, an era of nationalism that nearly set the world on its end. This athletic parade in Red Square in 1935, is but one captured moment in a collection of unbelievable clarity. 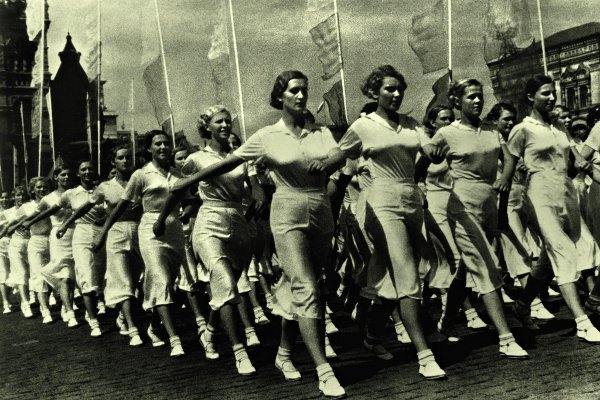 From the Collection of the Moscow House of Photography

For more information about this and other MAMM exhibitions, please follow the link below, or visit the museum’s Facebook profile here.