In yet another sign that year 2012 is going to be a very encouraging one for up-and-coming travel brands, Russian OTA Oktogo.ru has just announced a new dose of financing to the tune of $10 million, which it says it will use to revolutionize Russia’s travel sector. 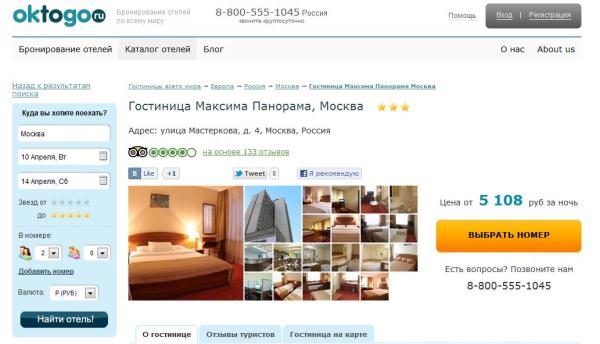 The new financing, which was first reported in the Russian business daily Vedomosti, comes courtesy of VTB Capital, the investment arm of VTB, one of Russia’s largest banks. Vedomosti reported that the hotel-based Oktogo has now secured financing worth close to $15 million since its start up last year, having previously seen investment from partners Ventech Capital, ABRT and Mangrove Capital Partners.

Oktogo, which already claims to be Russia’s leading online booking agency, currently boasts of having than 2,500 hotels on its books, the majority of which are in Russia, although several hundred are located in other CIS countries.

However, Oktogo has ambitious plans to become the go-to booking platform for all Russians in the next few years – the company said that the new financing will be used to bolster its portfolio of hotels, with the ultimate goal being to move closer to the 10,000 mark, securing a presence in every region of the country. 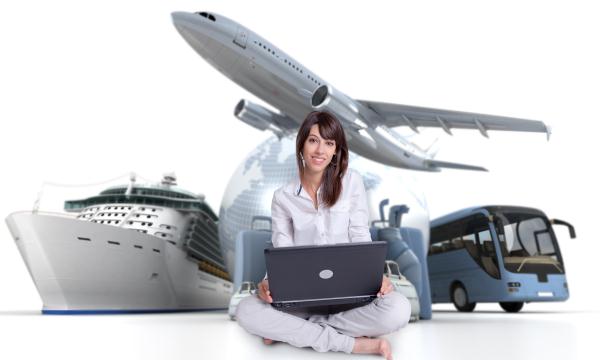 Russia's online travel sector only accounts for 10% of the market at present, but Oktogo has plans to change this © Franck Boston - Fotolia.com

Marina Kolesnik, founder and CEO of Oktogo, explained the potential of the Russian online travel market:

“Even with triple digit annual growth, our market in Russia is still predominantly offline. The new capital will allow us to bring a new standard of travel to the Russian mass market traveller and new way of managing business to the traditional Russian hotelier.”

According to Oktogo, the Russian travel sector was estimated to be worth approximately $60 billion last year, with this figure set to double over the next five to ten years. Of this, online activity accounted for just $6.2 billion (10%), although it is expected that this will soon increase as growth in the market is already being fuelled by improved infrastructure, changing consumer behavior and some serious investment.