5 Ways to Enjoy Yourself on New York Holidays

New York City (NYC) is one of the most famous and instantly recognisable metropolises on the planet. Well known for a multitude of things, not least its skyscrapers and landmarks, New York City is a fantastic place to take your partner or family for a holiday. Like London or Paris, if you are staying in a New York hotel, you will find yourself right in the thick of the action – close to so many familiar sites including the ubiquitous yellow cabs that buzz around the city like wasps. If you don’t fancy the hair-raising experience of a trip in a yellow cab, you could join the locals on the NYC transport system, which is modern and well maintained. It is advisable to buy a city transport ticket or MetroCard which gives you pretty good value for money, and also includes trips on the Roosevelt Island Tramway. 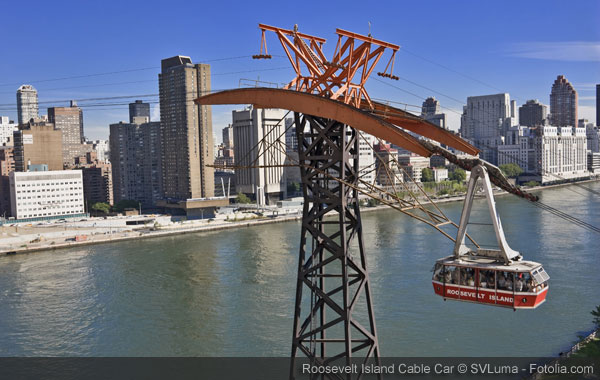 So assuming that you are well located in a hotel or hostel close to the centre of the city, what would be the top 5 must-see sights on your New York holidays?

The memorial for the victims of the 9/11 attacks stands as a tribute to the 3,000 people who were killed when the Twin towers and other areas were attacked on September 11, 2001 and February 26, 1993.
The memorials are located in the original footprint of both towers and include two reflecting pools, each occupying approximately an acre of space. Each pool features the largest man-made waterfall in the US, and when complete will sit amongst 400 oak trees. The names of all the victims are inscribed in bronze panels alongside the pools, and serve as a poignant reminder of the loss of life that day. Admission is free, but requires a visitor to make a reservation for a pass which can be made at 911memorial.org. 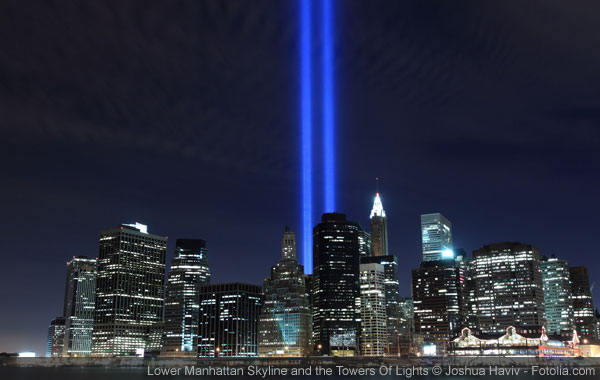 The Metropolitan Museum of Art

One of the most famous and charismatic museums in NYC is the Metropolitan Museum of Art located on the border of Central Park on Museum Mile. With over 2 million works of art on show spanning more than 5,000 years, the Metropolitan can reasonably claim to be one of the largest art museums anywhere on Earth. The collection contains some of the best in human creativity from around the world including mysterious Egyptian antiquities to the much more contemporary Impressionist section in the newly opened American Wing. Paid admission guarantees entry to all of the ‘special’ exhibitions.

Perhaps the best place to view the entire city is from the viewing platform of New York’s oldest skyscraper – the Empire State Building. It is claimed that on a clear day, it is possible to see for almost 80 miles, an experience that is normally very appealing to children. Standing at 1,453 feet from the street to the tip of the lightning rod, it is perhaps the most recognisable example of Art Deco stylishness to be found anywhere in the United States. A good tip for beating the queues is to upgrade to an Express ticket purchased online, or an ordinary ticket printed out in advance. This will give you more time to enjoy the stunning sights from 86th floor Empire State Building observatory. 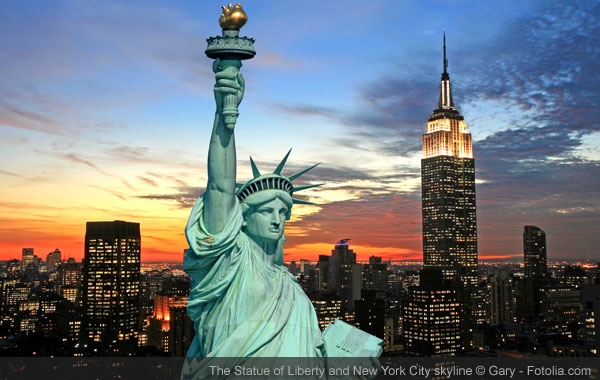 Take a trip by boat to Ellis Island and visit the Statue of Liberty, helping to celebrate the 125th anniversary of its construction. To appreciate the sheer scale of the statue, visitors can view from inside through a glass ceiling under the guidance of one of the helpful park rangers. If you are of strong disposition (and don’t mind heights and climbing a further 24 steps above the elevator drop-off point), you can walk out on to the observation deck to get a great view of the city and the harbour. Due to a program of maintenance begun in October 2011 scheduled to last for a year, the Statue has been closed although visitors can still come to Liberty Island.

Central Park is NYC’s jewel in the crown, and definitely has to be experienced by anyone taking a holiday there. Whether you visit during the heat of summer, or the autumn leaf fall, or the spectacular spring floral displays or during a fresh snow fall in winter – you are never likely to be left untouched by this place. Designed between 1858 and 1873 by Frederic Law Olmsted and Calvert Vaux, the park contains gardens, rolling meadows, arches, sculptures, statues and large areas of woodland. Whilst visiting the park, there are many outdoor activities that can be enjoyed including: hiking, biking and ice skating. You can also just sit and enjoy a picnic or listen to live music – it’s a busker’s delight – and also a venue for top concert musicians. Central Park is accessible via specified entrance and exit points along the perimeter. 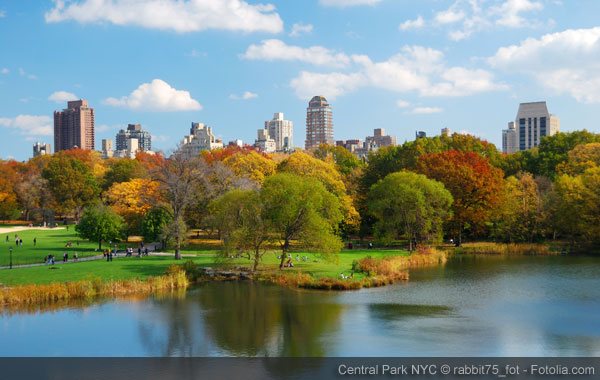 About our guest author: Peter is a travel writer for a UK company American Sky and enjoys writing about interesting destinations across the world.