No one needs an excuse to party at New Year’s Eve – it’s a worldwide tradition. And while many people would rather celebrate in world famous locations like the Times Square in NYC, and eat papillottes in Paris, there are many destinations equally charming to consider. Argophilia Travel News has come to a decision on its favorite Eastern European cities to welcome 2012. These are Riga, Tallinn, Prague, Debrecen and Vilnius. 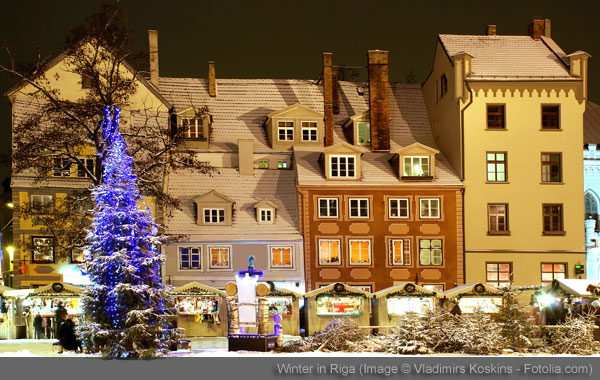 Riga (Latvia) holds a New Year’s Eve fireworks event next to the Freedom Monument (Brīvības piemineklis), which is located in the center of Riga on Brīvības bulvāris, near the old town. There are many events – live concerts, shows, handicrafts market – before midnight, when the fireworks will lit the sky. 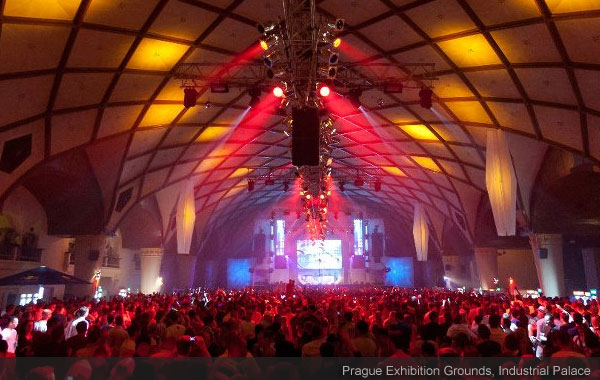 Prague (Czech Republic) will host the biggest New Year’s Eve party ever at the Industrial Palace at the Prague Exhibition Grounds. The show will feature many top Czech DJs, and a unique dance show. The party lasts for 10 continuous hours.

Tallinn (Estonia) concludes 2011 with a unique artistic celebration: the Estonia Ball 2011 at the National Opera. Traditional food and drinks accompany the event, that will feature the National Symphony Orchestra, solist Marilin Kongo, and DJ Aivar Havi Club Colombinas. Guests will enjoy dancing in the unique atmosphere of the theater. 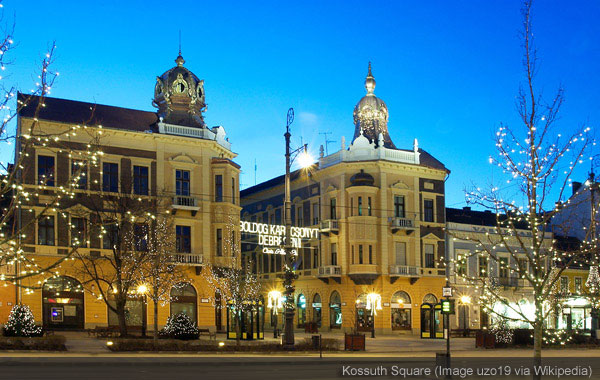 Debrecen (Hungary) celebrates with gypsy music by Parno Graszt, and Latino beats in the Kossuth Square (featured above). Than, 2012 is greeted by a gala concert in the Great Reformed Church. 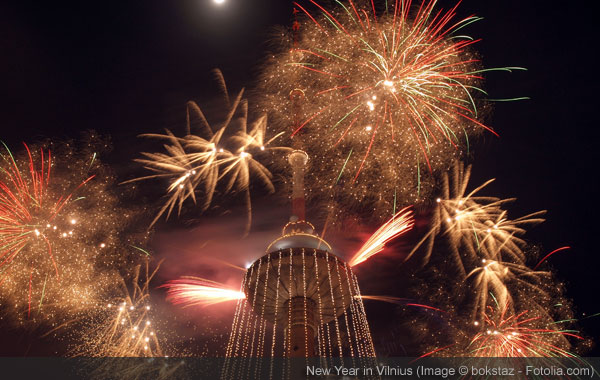 Vilnius (Lithuania) celebrates more than just the New Year on January 1: this is Lithuania’s Flag Day, since 1919, when the Lithuanian tricolor was first raised on the castle tower on Gediminas’ Hill. Aside traditional concerts, and fireworks at midnight, you can see the changing on the flag the next day, and assist at various national celebrations.