Buoyant Travel Counsellors has revealed it is set to expand its operations into two new countries next year, after recording annualized sales totaling £400 million.

Manchester Evening News reported that the firm, which has more than 1,200 home-based agents on its staff, confirmed its plans to expand shortly after posting £346 million in sales revenues for the year ending October 31st.

Steve Byrne, managing director of the Bolton-based travel agency, revealed that the firm’s international operations were the driving force behind Travel Counsellors success, with overseas revenues totaling £100 million, a 20% rise from the £80 million total in 2010. Out of more than 435,000 bookings the company handled last year, 189,000 of these were from foreign-based customers, said Byrne. 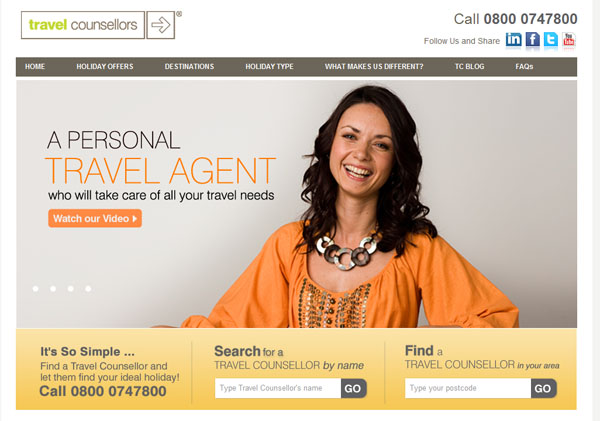 Overall profits are yet to be finalized, but Byrne said that he expected these to be significantly higher than last year’s £4 million total profit.

Mr. Byrne also outlined plans for the company to build on its success over the last 12 months, saying that Travel Counsellors had several “transformational projects” in the pipeline, which includes further expansion overseas. According to Manchester Evening News, Byrne wouldn’t reveal the markets his company was targeting, but France, India and Spain are seen as likely options.

Buoyant Travel Counsellors currently has operations in Australia, Canada, Holland, Ireland and Aouth Africa, and revealed that all bar Canada were now seeing significant profits. Travel Counsellors previously had a presence in the US as well, but pulled out of the country in 2010.

The company, which has 700 agents based in the UK, offers a highly personalized service specializing in tailor made business and leisure travel, while it also handles a large number of cruise bookings. According to Byrne, the quality of service Travel Counsellors provides resulted in a high number of repeat customers, who are more discerning in today’s market, rarely buying on price alone:

“In the face of some of the most severe circumstances within the industry, our individual travel counsellors have grown their businesses. This is testament to the way in which our agents embrace the support and technology available to them and focus on building relationships and trust with their customers.”

Byrne added that the company expected to go from strength to strength as it moved forward into the New Year.