Mourning, with Japan – Save as Many as You Can

The images below are beyond heartbreaking. They are indicative of a universal crisis. This is no longer about Japan, a country whose very existence is threatened by the world’s sixth strongest earthquake after the 1960 Valdivia earthquake. This is about the whole world, that needs to get together in times of sorrow, and rescue what still can be rescued.

I have no intention to sound alarmist, but the aftershocks continue… No one, in this world, was prepared for an earthquake of such magnitude. There were a few, predicting that Japan would sink – those voices were called false prophets, alarmists, attention seekers, and so on. Too bad we didn’t listen. Now the world is mourning for Japan, whose officials report only 400 deaths, after a 8.9 earthquake – because this is what they can confirm so far. But with over 80,000 people missing officially, how high will the death toll raise? You do the math.

No, I am not in the business of broadcasting alarmist news, but by God, whatever it is that you are doing right now, just stop! Stop, if you are a Muslim, or a Christian fundamentalist. Send all your people to rescue the innocents sinking in Japan. Stop whatever demonstration of balls and power you have going on and send choppers to Japan. All countries around Japan, save as many survivors as you can, parallel with whatever suicide rescue missions you’ve got going on. The earth doesn’t stand still, and Japan can be hit by a quake of similar magnitude any minute now. 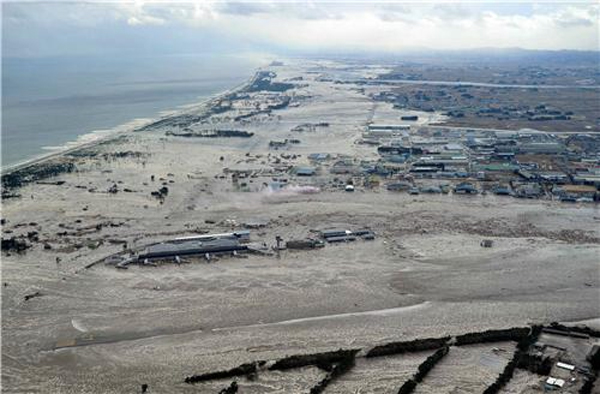 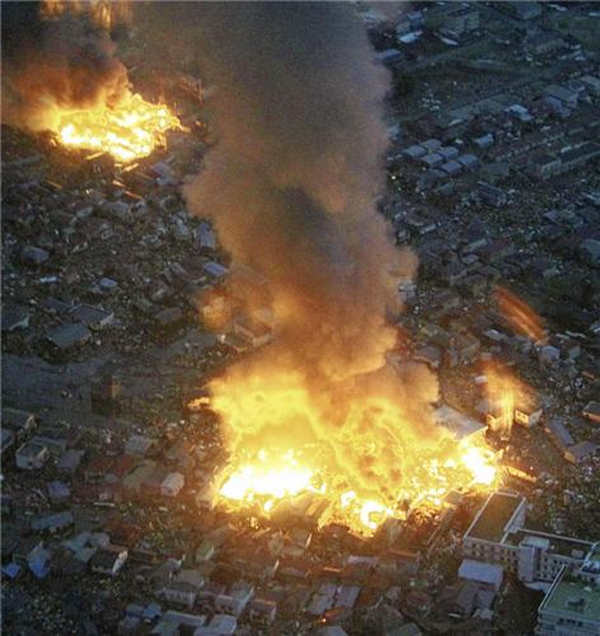 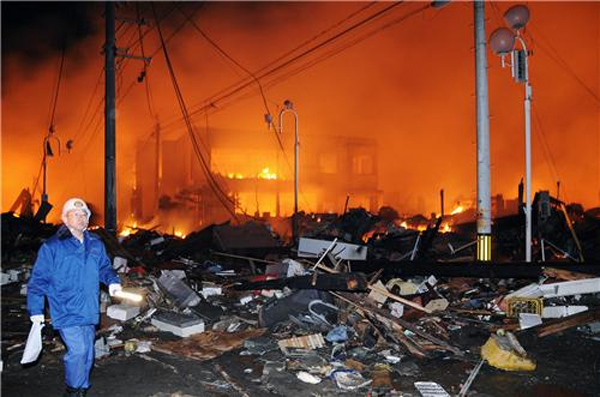 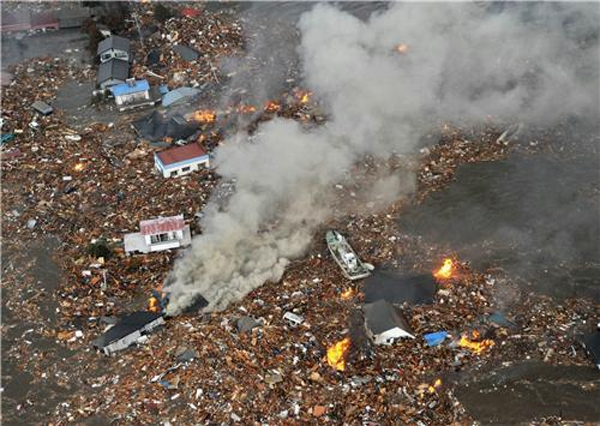 Houses swept by the tsunami smoulder near Sendai Airport. REUTERS/Kyodo