The powerful earthquake that rocked Japan and sent 30-foot-high tsunamis crashing into the shores has left many travelers in the region disoriented, frightened, and, in some cases, missing loved ones.  Google is now featuring its “People Finder” once again, which has helped some local residents and travelers in the area locate each other. 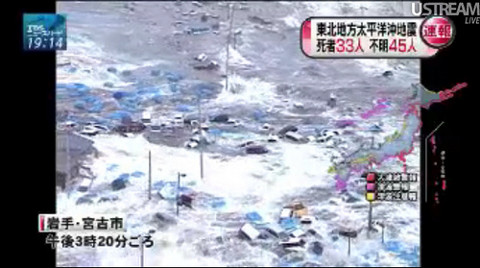 The interface is quite simple, offering two choices:

It is open to both residents of Japan and tourists, stranded by the cataclysm.

Anyone with a website can embed the web application into a blog, news site, or travel site, which Google hopes will reach as many people who can access the Internet as possible.  The tsunamis are now hitting other countries as a result of the quake, with tsunami warnings being issued for as many as 50 countries around the world, even as far as Russia and the United States.   This tool from Google should help anyone with access to Google in those areas as well.

The web application is hosted on Google’s appspot.com and is not tracked by Google directly.  It relies on the sincerity of people using it to provide accurate and useful information.  The app is available in Japanese, English, and other languages.  The tool itself is free and open source, meaning that any developers can download it, install it on their websites, and use it for free.  In the past, Google has successfully used it for earthquakes in Haiti, Yushu, and Chile, as well as during the floods in Pakistan.

Can Airbnb Continue to Expand as Before?
Hopper Taps Into Hostaway Client Base in Lastest Strategy Move
AI-Powered Pathfndr Announces a Slew of New Features
“Wheel the World” Hurdles Travel Barriers for Travelers Using Tech
Previous: Higher Airfares from American Airlines
Next: Mourning, with Japan – Save as Many as You Can